I had a cavity filled this morning because I guess I'm not very good at brushing my teeth and they set the appointment for 7:00 AM when it should be illegal to have appointments.

Every time I see the dentist at the end they try to set my next appointment and they're all "what are you doing twelve-hundred days from now and I'm always like "lady, I don't even know how to brush my teeth well so do you think I have my life that planned out?"

And then she always picks some weekday off in the distance and then asks if I want to do an early appointment on that day so it doesn't interfere with work and I always say yes because this seems like the responsible and lawyerly thing to do and the appointment is so far off in the distance that I just decide that it will probably be totally fine to have to get up before it should be illegal to be awake to go to the dentist's office, which might easily be the most boring place on planet earth by the way.

Then the night before the appointment I look at my calendar for the next day and see that I have to be all the way across town by 7:00 and I know some of you are like "I wake up at 4:00 every day and eat an entire field of spinach while doing yoga as I drive my 16 kids to early-morning violin lessons" and that's awesome for you but I don't do those things and being in the most boring place on Earth on the other end of town at 7:00 is hard for me and I don't care who knows it.


So this morning I rolled into the dentist's office at 7:04 because I was late because I hit snooze on my alarm clock 7 times because I'm a suck face who doesn't deserve happiness and this little blonde woman who seemed very unhappy, probably because she works in the most boring place on Earth, directed me to some chair and then shoved something into my mouth that numbed my gums so that a dentist who seemed very unhappy, probably because he has the most boring job on Earth, could stick a needle in my gums a dozen times until I still can't feel anything.

And then, finally, after the earth circled the whatever however many times, the dentist pulled several crowbars and at least one hammer out of my mouth and for the first time since I walked into the place someone finally directed spoken words at me when he said "congratulations," which seemed like such a not thing a dentist would say to a patient after filling his cavity so I just assumed that he was talking to the unhappy blonde woman and I was tired and that can be the only explanation for why I then turned to her and blurted out "oh! Are you getting married?!" because I guess I thought he was congratulating her out of the blue and I just assumed that that might be the reason and I'm just super proud of myself for saying "getting married" instead of "pregnant."

And when I said "Oh! Are you getting married?!" both the unhappy dentist and the unhappy blonde woman stared at me like I still had the entire power tool section at Home Depot in my mouth and the woman said something about already being married and I suddenly realized that the dentist was saying congratulations to me for successfully surviving a filling and that this woman probably thought I was hitting on her when I asked if she was getting married WHICH I WASN'T and so I tried to explain that using sentences that made even less sense than the one that started the whole mess and then I got up and fumbled with my bags, of which there were several because I'm a homeless person now and I carry my life with me everywhere I go, and on my way out the front desk lady said "bye. I hope your filling went well" and I said back to her "and yours the same" which made sense on no level but I was in such a hurry to be anywhere except for there so I just kept going and now I need a new dentist. 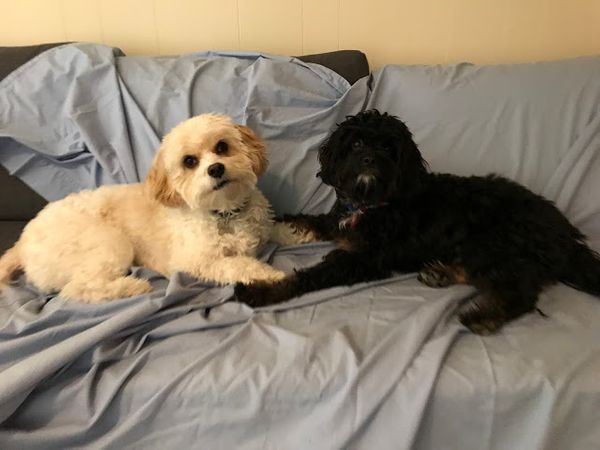 What's that? You guys didn't think I would get a Pictures & Distractions post out this week? You thought I was too busy and drowning in my own stress tears?