Before we get to today's Strangerville, I have something of a follow-up sponsored post. After I wrote to you about Peggy the Therapist a few weeks ago, I got messages and emails from many of you, talking about how therapy has helped you, and how our Stranger community has functioned as a sort of therapy for you as well. Which is unfortunate, because I don't take your insurance so you all owe me like $600,000 and I'm sending you to collections.

I really loved hearing from you on this topic because it's a topic that I've grown to really care about in the last couple of years. My heart breaks for the countless people who have needed help and didn't know where to find it or were afraid to ask for it. And since I wrote that last post, I've been thinking a lot about why that barrier exists at all.

I had been seeing Peggy the Therapist for a while when I finally decided that I didn't really need to anymore. BECAUSE I WAS CURED AND PERFECT.

Ok, not really. But I had gotten to a point where weekly meetings with my hippie friend were feeling a little redundant and not as helpful as they had felt a year or so before.

On a side note, relationships with therapists are confusing. I would start feeling like Peggy and I were pretty good friends and then I would remember that she was getting paid to be my friend and only for one hour a week and the rest of the week she had nothing to do with me. Also, our friendship was completely one-sided. Basically it was the same relationship I have with TV. Except Peggy asked me how I felt about things and she didn't show any reruns of M.A.S.H.

In any event, after a while my confusing relationship with Peggy came to a close. But only temporarily.

A few months went by when suddenly I found myself spiraling into a nervous breakdown.

For a few weeks, I hardly slept. Work demands were nearly suffocating me, and I was doing a terrible job of setting boundaries with my job.

I was trying to hold it all together, and doing that poorly, when a very well-meaning friend suggested that maybe I should give Peggy a call. He said it like this: "I think you need to call Peggy. Like, yesterday."

And something really weird happened when he said it.

My gut instinct was to feel a little offended.

"Oh, you think I need mental help? You think I'm a crazy person? You think TV isn't enough of a friend for me?!"

I probably didn't think that last part. But I felt the first. And I felt it in an indignant way.

It occurred to me later how strange it is that anyone ever has that kind of response to a person's suggestion that maybe therapy could help.

It's strange that "you need therapy" can ever be used as an insult when "you need an oncologist" never could.

It's strange that mental illness, in whatever form, isn't viewed like any other ailment, and that we are ever tempted to think people who don't "need" therapy are somehow better than those who do.

(*By the way, the older I get, the more I think everyone needs therapy. Different kinds of therapy, depending on the person, but therapy nonetheless.)

And it made me sad that I, a perfect being of enlightenment and magnanimity, could ever implicitly hear an insult in a kind suggestion that I get help for a real challenge. A problem that said nothing about my character or worth as a person.

To make a long story short, I did reach out to Peggy again. And we met several times. And she was phenomenally helpful to me as I navigated through that rough period. So was food, of course. And Duncan, who I adopted right in the middle of it.

The point is that nervous breakdowns are the best time to decide to get pets and have children.

Because of that time, and because I made the effort seek some meaningful help, I am a stronger person today. I'm more empathetic than I was. I'm better at boundaries. I'm dealing with stress much more effectively.

And I'm super proud of that.

So please, let this post be one more advertisement from this nut-job to not be afraid to find the right help for you. (Also, check out this article for some information about the difference between therapists and psychologists.)

And while you ponder that, please enjoy this week's Strangerville, which includes a recent It Just Gets Stranger story from your favorite perfect being of enlightenment and magnanimity.

This time in Strangerville, Meg is sick of kindergarten and Eli shares an It Just Gets Stranger Story about Ukraine.StoryThis Is Strange, by Eli McCann 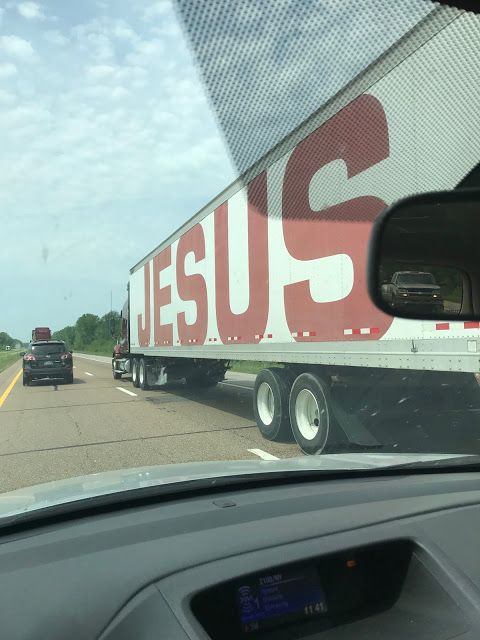 Matt has been in Mississippi for several weeks. He drove from Salt Lake City all the way to Jackson, which if you look at google maps is a distance of

This time in Strangerville, Meg is sick of kindergarten and Eli shares an It Just Gets Stranger Story about Ukraine. Story This Is Strange, by Eli McCann http://traffic.libsyn.com/strangerville/Episode_41_This_is_Strange_2.mp3