We decided to take the weekend off and drive down to Zion National Park. This was a risky thing to do, we admit, considering our last few attempts to visit the place.

Zion is one of the most beautiful places on the face of Oprah's green earth. The problem is, everyone else on the planet has figured this out. When I was a child we would go to Zion on a whim and have the place basically to ourselves. Now Zion sports Disneyland-like lines nearly every day of the year.

A few years back we tried to visit in March and the trails were comically crowded. Like, to the point where we were literally shuffling our feet in a four-mile long line of people for an entire day. Every hike felt like navigating the subway during the worst possible rush hour. After that trip I decided that I would never return and would instead just have to live with my memories of the park.

Unrelated side note: there's a Mormon film from the 90s called "Legacy" about the pioneers coming across the plains and there's a scene where the husband of the main character has to leave her to go to war. When they bid farewell he says "we'll meet again in Zion!" meaning he'll come find her in the heavenly destination the Mormons were traveling to settle (Salt Lake City). And she says back, weepily, "if we ever do meet again it will be Zion to me!" Well, some absolute monster taught Skylar this phrase a few years ago so now whenever I leave the house he shouts it at me as I shut the door.

Skylar's friend Emma really wanted to go to Zion. She's a physician and I don't know if you've heard, but physicians have been having kind of a hard time for the last year for some reason. I don't know. I just sit in my quiet house alone all day and talk to the lamp. Her name is Shelly and she thinks I'm super funny and we're pretty good companions but we've been in a fight for like two weeks because she ate the last of the guacamole and like, it's not that big of a deal but she won't admit it and honestly that's the part that's bothering me. Also I found out she's a serial killer.

Since Sky and Emma had the weekend off, we tried our luck. We were able to rent a cabin inside the park, which we thought was a good sign since normally the place is booked out far in advance (in our experience).

We arrived near midnight to the pitch-dark canyon where a sleepy woman named Jan directed us to our spot.

The cabins are simple, but they do include indoor plumbing and electricity. Sky went into the bathroom as soon as we walked in and we heard him say "oh! Looks like we've got a little friend in here!" And he said it like he discovered an adorable deer we might want to take home and raise, so you could imagine I was a bit surprised when he followed this pronouncement up with "there's a dead mouse in the toilet!"

I'm a brave and strong man. I'm probably still powered by all the toxic masculinity with which TV raised me in the 90s. I can handle a lot of upsetting things with dignity and grit.

But rodents? No. I have nothing to prove when it comes to rodents.

I literally almost ordered everyone to the car to drive the four hours back home. We could have made it by sunrise. Shelly wouldn't even be awake yet.

But before I could declare a forfeit on our weekend in nature, Emma had somehow summoned a power ranger or something who walked into the cabin to check out the situation.

"Did you try to flush it?" this man who has the worst job in this world asked Skylar, who told him he didn't dare to try in case the mouse was "too big" and might clog the toilet.

I don't know whether this was a reasonable concern from my lawfully-wedded spouse who should be much more terrified of these things than he is. I of course refused to go look at it to find out its size.

The employee then casually told us, "we've actually been trying to catch this mouse for a while. It's been living mostly in the neighboring cabin. Every time we get close to capturing it, he escapes. Well, until now."

Skylar, who is never too tired to make supportive small-talk politely responded, "what a lovely ending to a beautiful story."

The mouse was apparently flushed, and then I did not sleep for the two days we called this place home. I did not shower. I did not pee or poop. I lived in a state of paralyzed fear.

But the hiking was lovely.

Thanks, I think, to a snow storm and it being a cold January weekend, we largely had the park to ourselves. I honestly think this is a total fluke. Please do not decide to go visit Zion based on this writing or the below pictures I took there and then come back to me and complain that you got meningitis from the close quarters in what is supposed to be nature.

Also, in case you were wondering, the hiking was absolutely terrifying and included multiple places where we had to slide on rocks with 1,000-foot drops on both sides of us.

In sum: Zion is the most beautiful place on Earth but never ever go there because it's almost always way too crowded, there are mice in the toilets, and my husband doesn't value his own life nearly enough.

This time in Strangerville, there was an inauguration and it was peaceful, Meg and Eli discuss career crises, and Rebbie Brassfield shares her experience of feeling very unqualified to create an ad campaign for Pepsi.

Selling Sex As A Virgin, by Rebbie Brassfield (Music by Less Hayden) 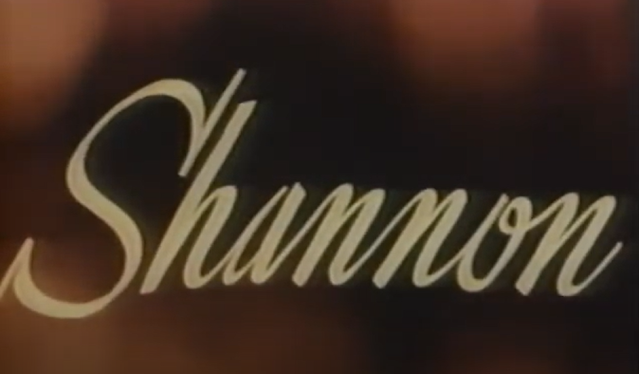 When I saw there was a BYU film from 1961 called “Shannon” I pulled the trigger and that’s how we ended up here. I have not seen this.  I

This time in Strangerville, there was an inauguration and it was peaceful, Meg and Eli discuss career crises, and Rebbie Brassfield shares her experience of feeling very unqualified to create an ad campaign for Pepsi. Story Selling Sex As A Virgin, by Rebbie Brassfield