I was in high school when the massive Jordan Commons complex sprouted off of State Street in Sandy. At least, it seemed massive to us. This was 1999 and I lived just across the way in South Jordan, which at that time was a cluster of quiet spotty suburbs that were quickly suffocating a handful of nineteenth-century farms. This was before Walt Disney purchased the western half of the city to build Daybreak, a neighborhood that if it was an item of clothing would be a men’s romper.

So, yes, we were thrilled that an entertainment venue so ostentatious was opening up on the edge of our budding town that at the time had only one restaurant (RIP, Grandpa Maddox Steakhouse). The building would house a few movie theaters—but with massive screens unlike anything we had ever seen before—theaters we soon learned were called “IMAX.”

But Jordan Commons wasn’t just a movie theater. It included small eateries and arcades, a large atrium for public gathering, and its most exotic offering, a massive anchor restaurant. Its theme: hyperbolic cultural appropriation.

I heard about The Mayan in Coach Londale’s U.S. history class shortly after the restaurant opened. Coach Londale was a double-threat—a basketball coach and a world-renowned historian, funded by the taxpayers of Utah to teach teenagers important lessons through the use of such films as Rocky I, II, III, and IV and on one occasion, a fuzzy live-broadcast episode of Ricki Lake. They were doing paternity tests that day and at the time I wasn’t sure how this related at all to, say, The Civil War, which I believe was supposed to be our topic that week. Now I have a retrospectively-enlightened memory of a quite hungover middle-aged basketball coach with his head planted firmly against a cool desk, occasionally yelling at us not to turn the lights on.

“They opened an incredible new restaurant down the road,” Coach Londale told us one day, standing at the front of the classroom in a shiny black tracksuit, a white t-shirt loosely tucked into his pants, a rarely-used whistle dangling from his neck, assuming he had one. “The best authentic Mexican food you’ll ever eat, world-class entertainment, and great service. One visit to this place and you’ll learn more about culture and history than you ever could in this class,” he finished, saying a very true thing that wasn’t to his credit.

I didn’t tend to go to Coach Londale, who had a poster on the wall behind his desk that said “Come near me and I’ll fart on you,” for recommendations on, well, anything. But I had to admit I was intrigued when I heard more about The Mayan. It sounded exotic. More like a theme-park than a restaurant.

That very day I marched into the house after school, tossed my Jansport backpack down a set of carpeted stairs and past a wall decorated with a row of 13-school-year picture frames from the 80s, none of which had been updated in half a decade, and told my parents an educator at my academic institution had strongly suggested we dine at The Mayan.

My family was living in a post-Y2K world. At that exact time we sort of felt like we had just been given a second chance at life because our desktop computer, which I used solely for the purpose of trolling chat rooms of middle-aged Mormon women by pretending to be a runaway child who needed advice about my bad parents, didn’t explode at the stroke of midnight that prior New Year’s Eve.

My mother said she had heard about this place as well and wanted to check it out. An hour later we found ourselves cruising down 10600 South in a blue minivan, a cassette tape blasting Celine Dion’s Let’s Talk About Love album, mom’s smooth listening of choice.

We wandered into the large Jordan Commons complex, passed the hundreds of lined-up patrons who were there to see a new documentary depicting the 1998 NBA Finals in which the Jazz lost a second year in a row to Michael Jordan.

And then we stepped into it—another dimension. A jungle in the desert. A rainforest surrounded us. There were sounds of exotic birds. Tables perched on staggering platforms. Nonspecific but vaguely-tropical music.

Once I saw it, my 15-year-old mind couldn’t believe anyone had been talking about anything else in the last two months. This was unlike anything I had ever seen within hundreds of miles of my home. Utah was no longer Utah. Our state had entered a new phase. One that could support, nay, cultivate extravagance and creativity and plop it into the middle of our sparse valley so casually and with so little fanfare that I had to hear about it from a probably-drunk basketball coach. I was amazed this existed near my home, but I was more amazed that everyone wasn’t amazed. It was like my community was too cool to care about this cultural advancement, as if it was already outdated.

A woman carrying menus the size of table maps and dressed in sexy jungle attire directed us to our spot just in front of a few glowing ponds, perpetually churned by several artificial waterfalls roaring down a handful of vine-covered rock walls.

We ordered our food and minutes later a handful of soggy, room-temperature burritos and enchiladas, smothered with sauces that likely came from a can, were tossed onto our table.

And then it happened.

In my memory the whole thing started off with a loud and ominous gong that echoed through the dimly-lit magical warehouse. Then a spotlight illuminated a drummer, a fire-dancer, and half a dozen white 20-something dudes with abs that would not quit standing in dramatic poses wearing what would happen if you tried to make a Speedo look like a loincloth.

The drummer banged his bare hands on a three-foot bongo, appearing to shout, although we couldn’t hear his voice over the thunderous waterfalls just below him. And then the practically-nude performers began diving into the water at will, completing flips and flips and some other flips along the way.

The ponds were lit from below by alternating and constantly fading colored lights. The divers seemed to disappear in the water, presumably swimming through some sort of cave, reappearing seconds later back at the top of the rocks to jump again.

I’m certain the feats of athleticism from these probably-University-of-Utah-scholarship-swimmers-who-finally-had-a-marketable-skill were outrageously impressive. But I was in no fit state to evaluate the technical aspects of their dangerous craft.

No, I was instead jolted by the realization that my family had unintentionally wandered into our conservative community’s version of Thunder Down Under. And with a plate of quickly-hardening canned refried beans and a basket of stale tortilla chips in front of me, I found myself suddenly very aware of my gaze and how uninterested I, a severely closeted teenager, probably ought to appear to be of the circus sex paraded before my 15-year-old eyes.

And so I sat, my cheeks a deep red, my forehead forming beads of sweat, an internal hormonal battle raging as I silently debated whether it would look more suspicious to watch the glistening bodies of the scantily-clad restaurant gods before me, or would it seem the lady doth protest too much to feign disinterest in the thing everyone else found captivating. I justified the former option, and stared on, attempting with all my might to take photos of the spectacle with my mind.

It’s entirely likely that there were female performers in the show as well, a fact I don’t remember now, and was probably incapable of noticing at the time considering, well, everything else.

As the divers took their final plunges my two parents gave their reviews. Two thumbs up, as I recall; a much better showing than the food, which my mother informed us included at least one long hair wrapped around her tacos.

“Just delicious,” my mother grinned as the waitress cleared our plates and dad pulled out the checkbook. “And you did such an excellent job,” she lied, the way she routinely did and still does under the philosophy that her own satisfaction should always take a backseat to the feelings of any service provider.

Then we drove the four miles home, Celine singing “You are the reason I wake up every day.” A latch that was supposed to be used to crack open the van’s sliding door window but which had broken off years before rattled with the bumps in the road as we passed a construction site—a new subdivision that had recently leveled a horse ranch.

“I wish you could just go for the show and not order the food,” my mother said. “I’d go back just for the show.”

“No more running around spinning my wheel/You came out of my dream and you made it real,” Celine continued.

Sitting in the backseat, unseen by my parents, I stared out the window at a small crane moving a truckload of bundled two-by-fours onto a concrete slab, silently nodding. 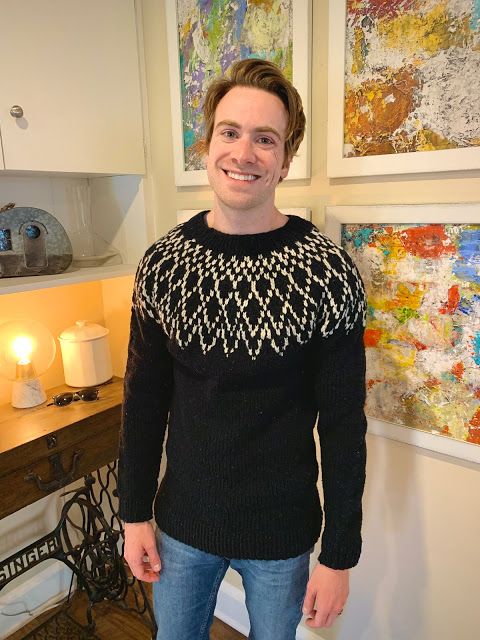 A couple months ago I called my knitting store down the street #supportlocal #citizenoftheyear #It'sScaryToTalkOnThePhone #bravery. I had picked a new sweater to knit, something that would be the most 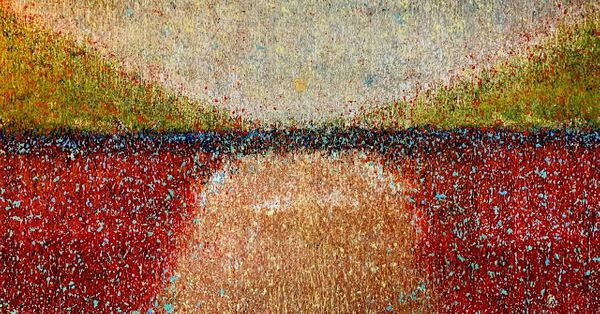 Last year Skylar and I went to Santa Barbara for a quick vacation so he could have a break from medical school. We ended up driving a bit out of