We arrived at this establishment at 11:30 PM and that's my first complaint. Nothing should be open at 11:30 PM except for hotels and hospitals.

I, of course, didn't want to be out in the first place. I'm still not exactly sure how I ended up there in flip-flops. The moment we walked in a man stamped our hands with ink that appears to be so permanent that I think this is technically now a tattoo. Someone barked at us to head downstairs for the "club," which was the first I heard we would be clubbing.

"I'm in flip flops!" I yelled at my husband who had stuffed me into the back of an Uber X just 20 minutes earlier after substantial amounts of peer pressure from a number of friends who had led me to believe I was going to be rewarded with deep fried mozzarella sticks at some point. We had just hosted a small backyard party for Independence Day—a polite one with finger foods and people's children.

I was already exhausted before we boarded the crowded Uber and headed to your place of business.

"Where are we going?" I had asked my tipsy friends as we climbed into the car. "Can we just go somewhere for mozzarella sticks and then come right back home?"

"Yes," they all told me, without making eye contact.

My dog, Duncan, was looking out the front window at me as we drove away, his eyes, sighing, "my dad does not need to be going somewhere at 11:30 PM."

"You love clubbing!" my husband assured me as he guided me down a set of stairs, my hand gliding along a damp (why was it damp!) railing.

Suddenly we entered a room full of straight people engaged in straight people shenanigans. Oh, the straight people! Dudes standing in circles, holding cheap beer and nodding their heads almost to the beat of the music. A woman screaming at another woman that it was her turn to buy the drinks. So many ill-fitting clothes. Music that if it became a person it would look like The Rock.

A few minutes later someone handed me a drink that was most definitely not mozzarella sticks, which I yelled over the sounds of what seemed to me to be nothing other than a deafening beat that was loud enough to remind me I'm becoming an Old.

Just then a woman filled my ear with spit as she screamed into it, "do you want to dance?!"

I was in the middle of explaining to her that I was wearing flip-flops and I was really just looking for some fried foods when two dudes just behind her yelled at me to "stay away from our girl!" which, I don't know. Until that night I had never really seen any straights in person and I just assumed that cinematic depictions of them were unrealistic.

Just before I could explain to these two human goatees that I had no ill intentions with this woman who was now stumbling into a brick wall, my husband took me aside and yelled "did those dudes just claim that woman as their possession?"

"I think so," I told him. "They told me to stay away from their girl," I explained, educationally, like we were tourists in a foreign country, politely baffled by these unfamiliar customs.

"I thought they only did that in movies," my bewildered husband mumbled.

By this point, we had spent nearly seven minutes in your den of toxic iniquity, and that's when I discovered a couch in the corner of the room. There I spent another seven minutes, and while I'm overall very dissatisfied with the whole experience, I will confess that I did like the couch. There should be more of those. You should bring in fifty of them and just fill the entire basement. People can sit on them and order mozzarella sticks. And you should close by 9:30 so they have to come early.

My husband collected me from that couch, informing me that he had ordered an Uber. "I didn't want to come to this place," he told me. "I was just trying to surprise you with a good time since I know you love dancing."

"I love you, honey. And I love dancing. But not like this," I responded, pointing to the entire cast of Entourage now beating the shit out of each other next to the bar.

It was nearly midnight by the time we arrived home just to have our dog give us a very stern "I told you so" look, before reminding me my own parents were raising multiple teenagers by the time they were my age.

I then washed my black feet (why were they black!) and climbed into bed.

This time in Strangerville, Meg and Eli were odd children, some stuff about Disneyland, and an international conflict sprouts on the shores of Croatia. 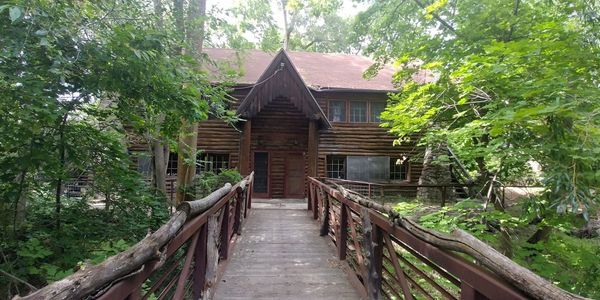 "Do they have babies or do they just like, hang out?" Skylar was talking to the woman feeding the peacocks that roam our neighborhood year round. It didn't occur to

This time in Strangerville, Meg and Eli were odd children, some stuff about Disneyland, and an international conflict sprouts on the shores of Croatia. Story World War III, by Eli McCann Production by Eli McCann & Meg Walter https://traffic.libsyn.com/secure/strangerville/Episode_