Skylar's mother has had some health scares recently, which has stressed both of us out greatly. I won the mother-in-law lottery and it makes me sick to think of anything happening to her.

But Skylar? Skylar is such a momma's boy that—and I know this doesn't make sense if you believe that time proceeds in a linear and chronological way—I think he may have actually invented the gay man/mom best friend trope.

When he first suggested moving to Salt Lake City I asked him if he was sure the umbilical cord could stretch that distance. I learned that day that sometimes one should not make jokes no matter how funny those jokes are.

We recently discovered a letter Skylar wrote to his mother when he was 10 telling her he wished she didn't have to go to work and could just stay home and be with him. Picturing his tiny hand writing this and then delicately folding it and leaving it on the kitchen table is both the most heartbreaking and heartwarming thing I've ever imagined.

A few days ago Skylar was feeling particularly stressed about being able to check on his mom and, remembering what it felt like to have my parents' Great Covid Emergency of 2021, I knew very well how unrelenting the stress of helplessness can be. So I suggested that Skylar take a few days and go to Portland to be with his mom and see if he can help in some way.

The problem is, Skylar is working all the time and the only break from work he has in the coming weeks is this weekend. But Skylar's friend Emma had, months ago, invited him to go to southern Utah (Zion National Park) with her to be her plus one to a wedding of some friends of hers. Emma lives in California and had arranged to fly into Salt Lake City to then make the four-hour drive with Skylar to attend three days of wedding festivities.

I offered to fill in for Skylar so he could just go be with his family. Emma, who has always been a remarkable friend to Skylar, enthusiastically supported this plan and said she was excited to have some one-on-one time and get to know me better.

I am going to pause right here and tell you: being Skylar's replacement is an unbelievably stressful experience.

I know. I know. You all read this hellsite and you think, "surely Eli is the greatest company that has ever companied! His charm could solve pandemics! His hair belongs in a museum!"

Not so, friends. I mean, the hair part is true. But the rest of it? I'm not actually sure I'm the best company.

Look. I like myself. I'm a good time. For myself. I don't know that I'm always a good time for other people. I've had friends describe me as "exhausting." Friends. I've had roommates who, after years of living together, parted ways with me by saying "well. Maybe I'll see you around sometime." I'm pretty sure half the people at my law firm are 70% scared of me.

Skylar? Skylar is an unequivocal good time. I once went with that man on a business trip where we had to stay in a hotel he frequented and when we walked in the staff cheered and he did a little dance up to the counter.

Last weekend we went to a party with his med school classmates and he took a seat in the corner of the room and I asked him if he needed to get up and mingle and he said, "nah. I just sit here and let the people come to me." AND THEY DID.

I had a dermatology appointment at an office where he had done a recent rotation and when the staff found out they all came to the examination room to tell me he was their favorite med student they'd ever had. And I was like, "thanks. Can I pull up my pants now?"

This man is a good time. I honestly don't fully understand how we ended up together. I'm still mostly convinced I'm just a project he decided to take on.

But there I was yesterday, suddenly dropping Skylar off at the airport so Emma and I could embark on a long drive together to a wedding of people I'd never met, all of whom were expecting Skylar to go and be a good time.

We drove the four hours. It was pleasant. Emma and I bonded.

When we arrived at the venue I discovered: we would be staying in a gigantic house in the middle of nowhere with FIFTY straight people I've never met, all of them substantially younger than me.

And our assigned room for the three nights includes four bunkbeds. Bunkbeds.

I want to pause right here and make something very clear: this venue is outrageously gorgeous. I have now met the couple to be married and they are charming and welcoming and truly radiate happiness. I'm very excited for the wedding ceremony this weekend because it's going to be beautiful and they seem like such genuine people.

But—and I know your memories are not great, so I'm going to remind you of a few things—I don't know any of these fifty straight people. And I'm not as charming as you all assumed when you saw pictures of my hair. Also? I think I might be shy. I never thought I was before but Skylar pointed this out to me a couple of years ago.

He was like, "you're extroverted, but you are actually pretty shy when you're around people you don't know."

And I was like "HOW DARE YOU I'M A BRAVE MAN WITH GREAT INTERPERSONAL SKILLS."

And he was like, "I didn't say anything about that. I'm just referring to the fact that you get very quiet at parties where you don't know people."

And then we argued for two years about that and last night I realized he was right.

I was very tired when we arrived so I got on one of the eleventy bunkbeds to go to bed. But, because this is a wedding party of best friends who have all traveled to be together, no one else was looking to go to bed at 10:00 PM in this giant house.

This is completely understandable. No one did the wrong thing here. These people should stay up late and party together.

But I, man of a certain age, lay in this bunkbed, listening to the sounds of straight hooliganism happening throughout this desert mansion for the entirety of this very long night.

At 8:00 AM I got a text from Skylar. "Emma told me you are sleeping on a bunkbed and I'm worried about whether our marriage is going to survive this weekend."

Understanding that I still have two days of this, I decided first thing this morning that it would be in absolutely everyone's best interest for me to make a different plan for my accommodations. So I texted my friend Jeff, whom I knew in law school and who lives in Colorado City, to beg him to turn his house into a hotel for me.

Jeff immediately welcomed me. Emma seemed relieved that I had made a new plan (and I'm glad that she can just hang out with her friends without worrying about whether I'm ok).

So I packed my gay ass black leather Coach bags (yes, plural) and walk-of-shamed through the common area, littered with now-drowsy straight people who hadn't even finished wondering who the hell I am and were now having to wonder where the hell I was going.

It was the most I've ever related to Meredith/Vicky from The Parent Trap when she realizes she's too prissy for camping or motherhood.

I shall return tomorrow, a rested man, to attend a wedding of people who still aren't totally sure why I'm there instead of a much more fun Skylar.

P.S. Skylar reports his mom seems to be doing well and he is relieved. They are currently gossiping on the couch together and painting their umbilical cord. 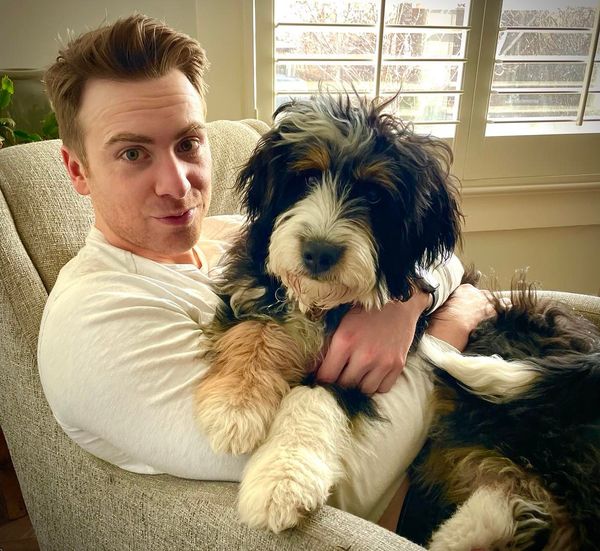 "Are you doing this just to annoy me?" I answered by telling Skylar he needed to be more specific. That's when he held up a sock. A perfectly fine sock. 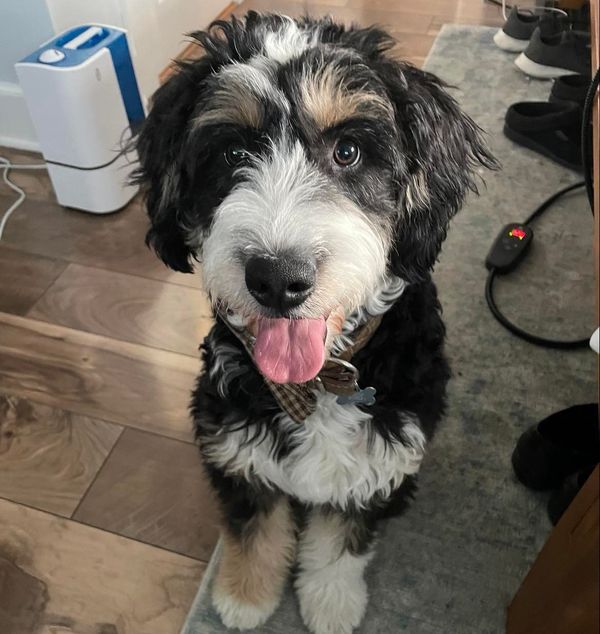 I was pulling weeds from the flower bed in the front yard when I realized I suddenly had company. "Oh, hello there," I said to Louie who was standing on