Skylar's parents flew in on Thursday. He told us Match Day (when he'd find out where his residency will be) is a much bigger deal than graduation so he asked his parents to come for this and not worry about May's festivities.

As it turned out, he was very right that this would feel more significant than a graduation ceremony.

We were corralled into a party room at the University of Utah, with large windows overlooking the city and mountains, at 9:00 AM. My parents joined us as well, dressed in professional supportive business attire, appropriate for the occasion.

We took our seats at a circular table while Skylar wandered the venue hugging and screaming with his classmates, all of whom were about to find out, by opening a flimsy envelope, where they would have to live for the next several years and what their profession would be.

Again, there's no choice in the matter at this point. You apply to your preferred specialty. You interview wherever you're invited. You rank the programs where you've interviewed. And then on Match Day, you're told where you are required to be. And that's it.

It's a stressful experience. I don't think there's really an equivalent, but I joked with Skylar that this felt kind of like getting a Mormon mission call. I remember getting that packet in 2003 in the mail. I was living in Lewiston Idaho for college at the time. I was not allowed to open it because my parents wanted to gather the family and have me read it live over the phone.

My RA, who was not Mormon and did not fully understand this, knew me well enough to know this was a big deal. She came and found me on campus to tell me a packet had arrive "from the Mormons!" and she wanted me to open it right then.

"I can't!" I told her. "My parents asked me to do it over the phone at 8:00 tonight. They're gathering some of my aunts and uncles for it."

I went to my friend Paula's house that evening and we put my parents on speaker phone. Paula was cool. She had a cell phone.

As a prank, I pretended to read a letter, calling me to Boise Idaho. My mother wasn't fooled. "Open the letter, young man!" she yelled through the phone.

I opened the letter, shaking, and began to read. "You have been called to serve in the Ukraine Kyiv Mission." I read "Kyiv" as "keevy." I don't know why.

After screaming from the family party in SLC, my mother put my uncle Will on the phone—the other family gay, and a world traveler. "Will can help you pronounce it," she said.

Skylar came and took his seat at the table with me and those same parents, now 20 years older. "They're about to start," he told us.

We circled around him, all masked up for These Pandemic Times, and patiently waited through a number of speeches from physicians who wanted these exhausted students to know they should be proud of themselves. And then, at exactly 10:00 AM, someone cut a ribbon, signifying that it was time for everyone to gather their envelope that contained their fate.

Skylar wandered to a table with his 150 or so classmates as they each took polite turns giving their names to a few volunteers sitting on the other side. And then he came back to us to open and read.

I've never been the defendant in a murder trial, but I wonder if the verdict reading feels like how this felt.

When Skylar started medical school, he developed a strong interest in dermatology. The inconvenient thing about this choice is that dermatology is about the most competitive specialty to get into. We are connected to Salt Lake City and hoped to be able to stay here. We were told repeatedly that if we chose dermatology, we shouldn't plan on getting our first choice in location, if we could get into the specialty at all.

Skylar worked his absolute ass off over the past four years to make this happen. I tried to help where I could. He keeps giving me the "I couldn't have done this without you speech." But really, this was all him.

In the last year, he developed a strong interest in psychiatry and he really really struggled trying to decide what he wanted to do. He was also interested in cancer. He ultimately applied to and interviewed with multiple specialties. In the end, he felt like dermatology was right. For the record, I think he would be an incredible psychiatrist. Or an oncologist.

I'm proud of this dummy. What he accomplished was hard, and he deserves praise.

This time in Strangerville, what's the worst relationship advice you've received? We discuss language barriers. And a man stumbles into a big surprise when he checks into his airbnb. 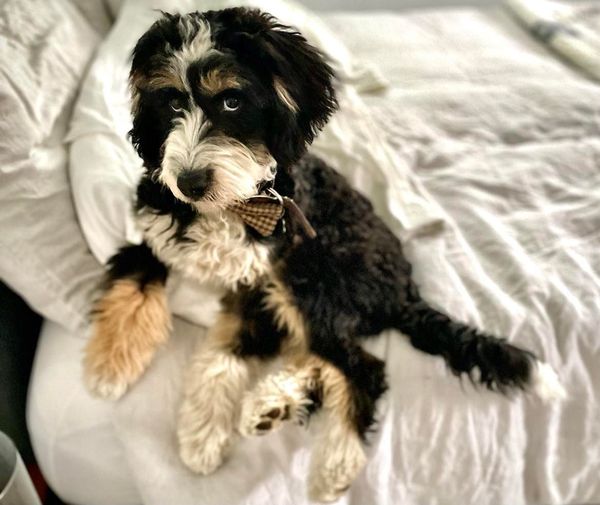 There's a door to our house that you access through the driveway. We call it "the side door." We don't have any door that goes directly to the backyard, an

This time in Strangerville, what's the worst relationship advice you've received? We discuss language barriers. And a man stumbles into a big surprise when he checks into his airbnb. Story Airbnb, by Keith King Production by Eli McCann & Meg Walter Join our Patreon [patreon.