This piece was submitted by a writer who has requested anonymity.

I squirmed on the backless wooden bench where I sat, hoping my face was not turning red. The minister was talking about how the sin of Sodom was still being perpetuated today in the year 2015. I was old enough to know what he meant and old enough to have made the connection that the Wrath of God that had descended upon Sodom could very well be my fate as well. I tried not to appear uncomfortable as the minister went on with his rant, but I noticed my face turning warm and my mouth growing dry.

I felt such shame even if no one else knew my inner struggles. I looked nervously around the living room where church services were held hoping that no one was paying attention to me. On the women’s side of the house, every head was looking downward; a long row of starched white caps all lowered demurely. On the men’s side, everyone appeared to be focused on the minister. His hands were clasped on top of his black suitcoat and over the lower end of his long beard. Even from where I sat, I could see his fists were tightly clenched. His weathered face looked grim. For a moment he appeared to be fighting his emotions, but he raised his head and continued with zeal, his voice growing somewhat stronger, his clipped High-German becoming a bit faster and more emphatic.

“What could be more corrupt and more unnatural than a man who would lay with another man?” he asked the congregation. “There are some who try to say that such corrupt beings were born this way, but we know that cannot be true, for it is a perverted and unnatural act that disgusts God and all decent people. To suggest they were born that way is to suggest God made a mistake and we know God makes no mistakes. Yet what could be a bigger mistake than such a creature?! Even the animals have more common sense and decency!”

I felt my stomach grow nauseous. I knew I was a perverted and corrupt creature, for this “Sin of Sodom” burned within me. If I raised my head a bit, I could look at the man I thought was the most handsome man I’d ever seen. His wavy dark brown hair and beard were cut in the style the church required and his black three-piece plain suit and stiffly starched white shirt made a delightful contrast to his warm tanned skin. Above his straight nose shone his brown eyes.

I forced myself to look away lest my gaze betray me. And as much as I was attracted to him, I knew nothing would ever come of it. I was certain I was the only one in our church who was wicked and debased enough to even think such thoughts. Such things may be accepted out in “the World,” but not in our Old Order Amish community.

And my prayers went unanswered. As they had been for two whole decades and then some.

A few more years passed by.

Though I might not have had TV, I did have limited access to the internet through my job and as an avid reader, I’d read almost anything I could get my hands on. I was not unaware of how things were changing in the world outside our community. And I so wished to be able to know more.

I was shocked the first time I read of churches that accepted LGBT people and the more I thought about my “condition” the more I started to feel it was grossly unfair. I had not chosen to be gay and despite my efforts, nothing I tried seemed to get rid of “it.” I started to realize it had been a part of me all along, like having brown eyes.

While traveling alone on a business trip, I found myself with an entire afternoon to kill in a large city. I had seen the rainbow flags and signs on stores on one street and I waffled back and forth, wanting to go explore but also afraid of what might happen if I did. Though I was alone, I was concerned that I might stand out enough to be photographed there as a curiosity. I might end up on someone’s social media as a joke. But I finally reasoned I could always claim I had gotten lost.

I set out on foot, keenly aware that I stood out in my plain homemade clothes—with my black broadfall pants held up by suspenders, my plain homemade shirt topped by a traditional overcoat, a broad-brimmed black wool hat, and my beard. I felt so out of place among all the stylishly dressed “English people,” as my community calls outsiders. As I passed the first places flying rainbow flags, I could see some people looking at me with a bit of amusement while others ignored me entirely. Feeling braver at not being called out, I walked on.

I will never forget seeing a couple of men walking towards me holding hands. They were talking and laughing, and I almost stopped to stare. They didn’t seem ashamed or guilty. They walked as though they belonged there and felt at ease. There was an immediate lump in my throat. My eyes grew misty.

I found a coffee shop and bookstore. I took a deep breath before opening the door and walking in. I knew I was blushing and I felt rather shaky. I looked around and saw several people sitting at tables. Some were talking, some were reading, some were busy on laptops and phones, but though several looked at me for a few moments, nobody demanded to know what I was doing there.

It hardly looked like a den of depravity. A young woman putting a book on a shelf smiled at me, said hello, and asked me if she could help with anything. I was fascinated with her spiky hair in shades of blonde with black streaks and a ring in her nose. I told her I was looking for coffee and she smiled and pointed toward a counter.

The young man behind the counter was friendly. I was embarrassed to look at the myriad of choices and had no idea what most of them even were. When one’s coffee options are usually “regular” or “decaf,” it’s a bit overwhelming to have a long list of lattes, cappuccinos, and chai. It was harder still to sort it out while wondering if this young man might be like I was. I wanted to ask him questions so badly. I finally got a “plain black coffee” and sat down, eager to shove my hat under my chair and hang my overcoat over it. I wished I had thought to remove my suspenders.

I sipped my coffee and gazed around. Once my shakiness had settled some, I stood up to look at the books on the shelves. I cannot recall specific titles, but book after book on gay subjects, some with covers that made me blush afresh while some were dense with text. It was overwhelming. I chose a few and sat down again. As I did, I caught the eye of a man at a nearby table. He had coffee and a laptop and stacks of books and he looked so normal, like someone I might have seen anywhere else. He smiled and went back to his laptop.

All at once I felt overwhelmed. For the first time in my life, I felt safe. I just wanted to sit and stare, to soak it all in. I felt like I was in danger of getting teary-eyed and embarrassing myself, but it wasn’t tears of shame or guilt I was trying to blink back. It was tears of relief. It’s hard to describe exactly what I felt, but after decades of hiding, of shame, fear, and guilt, to just sit there and feel safe and as though I was in a place I could just be was a life-changing experience.

The two hours I spent there were quiet, but I see my life divided into two segments: before that day and everything after it. I still have not come out to those in my home community and I may or I may not ever come out to them. Doing so will mean I lose my family, my friends, my job, and well, basically my world. Even so, I know that was the day my eyes were opened and having tasted that little bit of freedom and safety, I could never go back into my box of shame and guilt again.

I am this way because I was created this way. I am not a mistake or an abomination.

This time in Strangerville, stories of bad customer service, rumors about Mormon celebrities, and what happens these days when you try to make a donation to the DI. Story Steve Martin, by Eli McCann (music by Gillicuddy [https://freemusicarchive.org/music/gillicuddy/Plays_Guitar/ 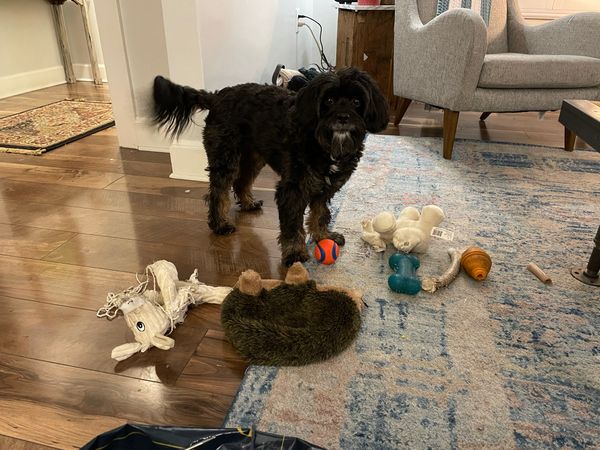 I'll let you in on a secret They don't tell you when you buy a home with a yard because They want you to fail. I don't know who They