I woke up to the sound of a phone ringing. Skylar was making a call at 7:30.

"Bright Smile Dental. How can I help you?"

They didn't, and wouldn't be able to get him in for three weeks, at the earliest.

"No need to schedule me for three weeks from now," Skylar explained, apologetically. "You see, I just have today off and I shouldn't have waited until the last minute to try to get an appointment."

He hung up and started dialing another number.

"What are you doing?" My voice was groggy when I said it. I turned over in bed to look at Skylar, who was sitting upright.

"I just decided I want to get my teeth whitened. I've never done it before at the dentist."

Before I had a chance to ask him what prompted this sudden urge, we were interrupted by another dentist office answering the phone.

The conversation was repeated another six times with six other receptionists at six other dentist offices.

"Skyman, I don't think it's in the cards for you today. Why don't you go get some kind of take-home kit from the store?"

I was shushed just as the next receptionist answered the phone.

Like their many competitors, they also had no openings.

He does this—becomes fixated on something he wants and then refuses to give up until he gets it. It's a quality I deeply admire in him, until it inconveniences me. Like the time he made me walk five miles across Budapest to go to some obscure restaurant he had let a stranger on the internet convince him was worth the trek.

"No food can be good enough to merit this," I had told him as it began to rain on us. We had tried to get an Uber but it was a holiday weekend and despite our constant refreshing of the app, we never could find an available car. As it turned out, the food was the best we ever found in Hungary. I can't remember if I ever admitted that to him.

I think this persistence may be a big reason why he got into medical school at the University of Utah. We desperately needed him to get accepted there since my job and life is in Salt Lake City. He had networked and begged for a full year, meeting with anyone who could give him advice on how to get in. He was definitely smart and qualified enough, but I've wondered from time to time if they admitted him just to get him to stop going to the admissions office.

I doubt we'd be together now if he was less determined in this way. We lived in different states when we met and it all seemed so impractical and impossible to me—why even try to make that work?

"The only thing that could make this impossible is your attitude," he had scolded me early on. "All you have to do is decide what you want and then figure out how to get it. I've decided I want you and that I want you to want me."

I proposed a year later, and to this day I immediately start to miss him when he leaves the room.

There's some amount of confidence that's required to live the way he lives. He must have developed it out of necessity—survival. He hasn't had the easiest life. A tumultuous childhood can turn some people bitter. I think his made him empathetic. I wonder if it gave him this grit, as well.

"Then we'll just deal with it," he'll calmly say whenever I start down the terrified path of "what if."

"What if our parents get covid?"

"Then we'll just deal with it."

"What if your residency ends up being in Kansas?"

"Then we'll live in Kansas."

"What if we never have children."

At this point Duncan was awake and had just started his morning stretches. The woman who had answered the phone was humoring Skylar as he explained to her that he couldn't come in next week because this was his only day off.

He always does this—talks to customer service representatives like they're interested in hearing the details of his life. They always sound like they are. But I think they're just being polite. Or maybe I'm underestimating his charm. I once picked him up from the airport after a long flight and he brought to the car a flight attendant he had just met.

"She needs a ride. Is that ok?" he had asked me, like a child who had brought a stray dog home.

Of course it was ok. I drove his new friend to her house as the two gabbed about some passenger who had been rude to the flight staff.

"Actually we do have an opening at 2:15," I suddenly heard a voice say through Skylar's phone.

"I told you I'd find an appointment!" he gloated after making arrangements and hanging up.

"And you doubted me."

This time in Strangerville, a woman does not think skeletons are funny, a family watches their house burn down, and Meg does not approve of her children’s Halloween costumes. Story Fire, by Tiffany Wacaser (music by Gillicuddy [https://freemusicarchive.org/music/gillicuddy/Plays_ 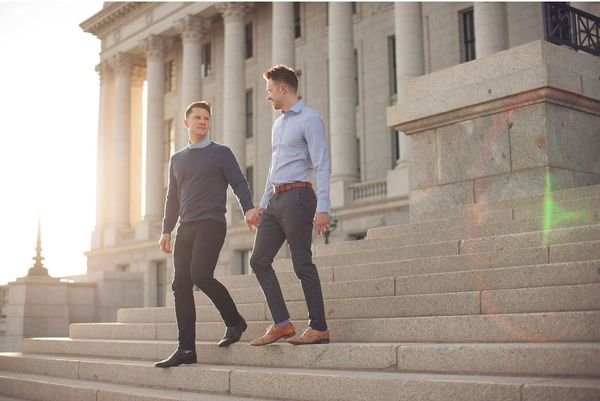 Skylar woke me up by tapping on my shoulder, like I was a stranger ahead of him in line somewhere and he needed to ask me a question. "What?" I