I know it seems like every other blog post these days is about my great grandma and the ones that aren't are about whatever crisis I'm currently going through with some clever anecdote about my nieces but I must slip into the routine again. Each time I visit Grandma I have something to say and today I'm going to say it again-

Grandma was doing very well when I went by today. She seemed very chipper and I loved our conversation just like always. After telling me once again that Hillary was "a wicked wicked woman" and that "she says that she has 35 years of experience and I agree; 35 years experience of doing bad bad things!" we talked a bit about her health. She told me that her children have told her not to go walking in the mornings anymore because they don't want her to fall so she's worked out some kind of exercise routine in her house where she gets on the floor and does "all kinds of maneuvers with the door open for fresh air." I'm sure that part of the reason she has lived such a quality life for more than a century is because of how determined she is to stay active. Several months ago my mom was helping her get her seat belt on in the car and Grandma took it from her and said quite bluntly "I can do things for myself. If I give up, it's over for me." I'm sure she wasn't talking about any kind of fear of death because anyone who meets this woman gets a genuine sense that few in this world are as prepared to "make the big trip" as my grandpa puts it. No, she certainly isn't afraid of dying and would probably like to be reunited with her husband whom she hasn't seen for more than half a century but in her centennial wisdom she has come to recognize the difference between living and surviving- and even at 100 years, grandma is intent on living.

Grandma told me that my second cousin has been called as the new mission president over the mission I served in (Ukraine, Kyiv) and I got to go by again tonight to talk to him about it. We talked about the people there and he asked me if missionaries were simply obedient or if they were the type that make miracles occur. I thought about that and then told him that I wasn't sure how the miracles happen but all you have to do is meet the members of the church in Ukraine to be absolutely positive that that country has had its fair share of miracles. I guess the topic was on my mind after I had just had a nice long talk with my mom over the phone this afternoon and she mentioned that while we were in Ukraine she saw such an incredible illuminating brightness among the members she met. And it's true that no matter how little some of those members have, there is something about them that reminds anyone who meets them that life can be full of happiness regardless of circumstance. The happiest person I've ever met is also the poorest person I've ever known. She lives in a small village hours away from Kyiv. She's raising three girls by herself thanks to her husband who drank himself to death in front of the children several years ago. She relies on the meager crop she gets each summer from their tiny plot of land to feed her children. The family layers their clothes in their tiny one bedroom home each winter because there is no heat. And she is the happiest person I know. She tries to give you everything she has (which is almost nothing) and you feel bad turning it down because you know that taking it only makes her happier. Her family loves one another and their walls are covered with pictures of the Savior and of temples and a conversation rarely happens with her where she doesn't mention how badly she wants to go to the temple with her girls. But until that day she'll just keep making the 45 minute bus ride to church as often as she can afford and continue on teaching her children by setting an example of how a person really should be.

Those kind of people inspire and influence me so much more than so many others that have made a point to gain all the power, money and prestige this life can offer for the sole purpose of inspiring and influencing. I want to be like the kind of people I've described. I'm not suggesting that we commit ourselves to completely ascetic lifestyles, depriving ourselves of anything that has potential to distract, but would it be too much amid all the blessings and opportunities in my life to make the effort to also be happy and grateful, faithful and humble? Then no matter how bad I perceive things to be going in my life, I'll always see the difference in and be on the right side of the two fates: living and surviving. 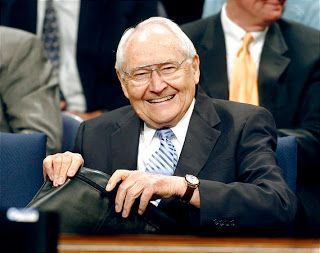 I originally started this blog to recount some of the more bizarre and funny things that happen to me on a daily basis, or at least exaggerate otherwise simple and

Every once in a while you hit an exact moment where you realize that everything you see beyond that moment will always look different to you than before that moment and it's all because of that moment. I'm not talking about long drawn out