We got up on the morning of day 8, suffered through another horrible breakfast at the hotel (we, strangely, seemed to be the only people that had to gag our way through it--unless everyone else was really good at faking. But seriously people, it was BAD). Uncle Will and I went down the street to pick up a rental car which we would be using for the next couple of days to see the rest of Israel (the rest being whatever we could cram into 48 hours, which turned out to be quite a bit.

After we picked up the car and somehow found our way back to the hotel, we said goodbye to Jerusalem--a very sad farewell--and headed toward the Dead Sea, the first of our sea tour. It was a hot hot day and I have to admit I wasn't real excited about hanging around a sea that was called "Dead" because it was so salty that nothing within miles of it can possibly think about living, but it turned out to be really fun, and really strange. We showed up and found hundreds of people rubbing the Dead Sea mud all over their bodies, which we all commented was quite odd but of course within five minutes I had mud over every square inch of me--I sort of felt like a wood-stock hippie; except I was in the Holy Land and the mud was supposed to be therapeutic. I think I overdid it anyway because I noticed that most people just had a light layer on, making their skin look like an unnatural dark shade, while I looked more like the scary green monster with a good three inches of mud all around. And the shower I took to get it off was quite the spectacle as well. Unfortunately I don't have any pictures so you'll all just have to go against your better judgement and take my word for it. Other than that, it was very strange to float around in the water which is so salty you practically just bounce around in the air several feet above it. Despite the mud, I left with a nice nasty sunburn (which did NOT turn into a tan but did peal off for days until I'm pretty sure I saw bone).

Our next Sea stop was the Sea of Galilee which was nice and peaceful . . . we didn't stay long, partly because there wasn't much going on but also because we were all still really nasty from the Dead Sea excursion (the picture of me with the cheesy smile is at Galilee).
So we headed north, passing more towns you've always heard of but never really thought of as places that actual people live in today (like Nazareth) until we finally reached Haifa, a beautiful Mediterranean city in Northern Israel. We were blown away by how clean and pretty Haifa was and I thought it would be really nice to live their . . . if it wasn't so close to a lot of other places that you only hear about in the bad news. We got to know Haifa really well thanks to some major confusion that sent us driving up and down the same busy street for about 2 hours as we tried to find our hotel which ended up being about the size of a large dresser and was hidden like a picture in a Magic Eye card.

That night the Jewish Sabbath began (they signify this by sounding a really loud horn that seems to blast forever--when we heard it, Uncle Will and I were sure it was war sirens).

The next morning we hung around Haifa and went to the dirtiest beach (Mediterranean) we've ever seen. We actually did see a beautiful white porcelain toilet at the tide line, next to a rotting dead fish the size of a basketball. This was also next to the dried out dead turtle that Uncle Will was a little too comfortable with (he picked it up and carried it around like it was his new pet). We also saw the Bahia Temple Gardens of the Bahia faith which were absolutely unbelievably gorgeous. The pictures I have posted here of the gardens do not do them justice.

We then filled our gas tank ($80 for half a tank in a small compact car)--I shouldn't brush over this quickly because filling up took us quite a bit of effort--we had no idea what we were doing. Finally the the guy that worked there helped us but suspiciously required our passports to do so.

We had originally planned to drive back to the border on day 10, cross, and make it back to Amman to catch a flight to Cairo. Well, we still had a bad taste in our mouths from our last border crossing so we all agreed that we would do anything (even drink a gallon of Nile water or live in Israel forever) just to avoid doing it again. So we bought plane tickets to fly from Tel Aviv to Amman (20 minute flight) and on day 9 we drove to Tel Aviv and found a hotel for the night.

Tel Aviv was also beautiful and our hotel sat right on the beach (Mediterranean sea). So we hung out on the beach for the evening and kept saying over and over that it was so worth every extra penny we had to spend to avoid making the next day a sequel to the day 5 nightmare which I still feel like I can't possibly do justice. 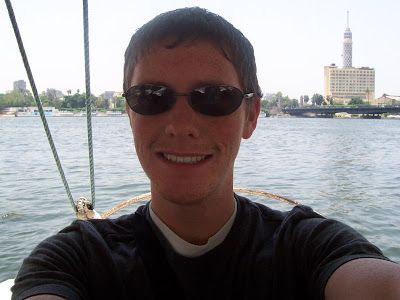 Yes, still on vaca and getting quite tired by this point. Tel Aviv was very relaxing but it was short lived and the morning after we got there, we were 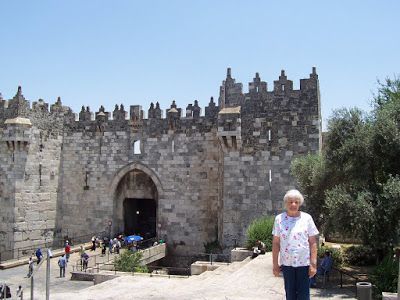 Waking up in the Holy city seemed so much different than I had ever expected. Maybe it had something to do with how much more difficult it was to get