Just when you thought things couldn't get any better, a few days after my last post I went to a hand specialist (they actually exist) so he could assess the injury. I had already come to find during the few days since the break had occurred that losing your dominant hand functions creates an entirely new lifestyle. In ways that I never imagined life suddenly became difficult and/or humiliating while attempting various tasks. I was relieved to find that an informal support group had formed in the hand specialist waiting room where patients with wrapped hands talked about the trials they face and the support they need. One guy talked about how he can't play baseball with his son anymore. A lady said how embarrassed she was every time she had to sign a receipt with her left hand at a store. One girl spoke up timidly and told the group that she was hesitant to say anything at all because her break happened on her non-dominant hand, to which an older southern woman loudly replied, "Oh honey! We don't judge here! Infirmities come in all shapes and sizes!" Luckily I was called back before they started singing girls camp songs together.

Unluckily the doctor told me that if we didn't do surgery soon, my ring finger would be permanently stuck pointing to the side, which would be great for my circus job, but bad for everything else.

48 hours later I was going under the knife. They drilled four screws into my bone and wrapped it up tight. Tomorrow they'll remove the cast to look at it. Hopefully by then my hand won't look like the Hulk anymore.

9 days until finals . . . anyone got an extra hand I can borrow? (warning: I have been known to break them). 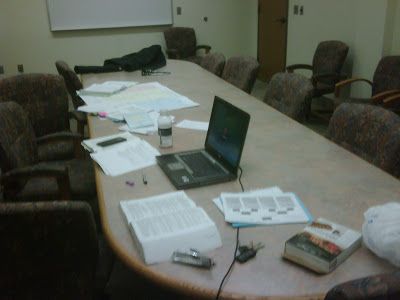 I can't believe how quickly it sprung up on me. Finals started on Monday and I finished my first on Thursday afternoon. I was supposed to take it on Wednesday

So I got Swine Flu last Wednesday. On Friday, in the middle of the night, I got up while violently shaking, and passed out cold on the floor. This woke up my roommate who woke up our other roommate for help. Roommate number three