I'm heading off to southern Mexico in about 30 minutes after a very frantic weekend of trying to pull a million things together all at once. I just got back from a wedding of one of my very best friends of all time, Annette, who left me immediately after law school to pursue the dream in our nation's capital. Congrats, Annette. Love you and all of your ridiculousness to death.

I was hoping to write about some of this week's happenings before taking off to the great unknown where I will likely be murdered eat 1,000 tortillas, but alas, I have run out of time. So instead I'm leaving you with an older, archived post from my days in Moscow Russia in 2009. Below is one of the strangest stories I have from my life, and is one most of you probably have not read.

Have a great week everyone!

(This post was from May 31, 2009, and is about my attempt to visit a Russian Banya (bath house) without really understanding what it was) 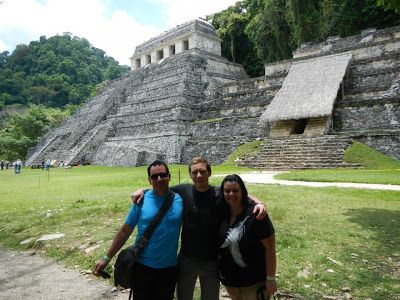 Last week I adventured through the jungles of southern Mexico with my sister Krishelle, my uncle Will, and my 6 foot 5 long lost brother Daniel. We arrived late Saturday

On Friday I asked you to share on the Facebook page [http://www.facebook.com/itjustgetsstranger] the strangest food you've ever been encouraged to eat (not literally share--but tell us about it). You people have had some terrible life experiences. This reminded me of