Yes, you should read into my word-choice there.

Also, I want to mention that Skylar is the most amazing human being. He is selfless, beautiful, and charming. I don't talk about him enough, because I am jealous of him. I wish I could be just like hime when I grow up.

[The above paragraph, including the curious spelling of the word "hime," was written by Skylar when I left my computer unattended.]

He decided he was a cook some time ago despite never having really cooked. I suppose this is because he watched his sisters obtain this skill over the years, somehow believing that their mere relation to him made culinary arts a collective familial knowledge.

I know that it didn't, because I have seen him ambitiously host a number of dinner parties over the three years that I've known him. And I've literally discussed the results of the dinner parties in therapy.


Part of the problem with Skylar's baseless confidence in this area is that instead of starting with the basics and working up from there, when he decides to try cooking something, he locates the most complicated recipe he can find on the Internet, gives himself a quarter of the time necessary to complete it, and begins.

Skylar would say I'm being unfair here. And I probably am. He would tell you that although his cooking is not without its drama, it almost always turns out well. And that's true. The end result is usually respectable. But on the way to the end result he violates the cardinal rule carefully stenciled onto every one of your Mormon kitchen walls because there is no joy in the journey.

Eli opens the oven to find red-hot shattered glass all over the bottom.

Eli: What the hell?

Eli: Baking what? A coke bottle?

Skylar: Oh no! The glass Tupperware dish I put in there broke! Cheap piece of crap!

Eli: WHY ARE YOU BAKING TUPPERWARE DISHES IN MY HOUSE?

Skylar: I filled it with water so I could turn the oven into a little steam room.

He took some cooking classes at the beginning of this year, and to his credit, he retained some valuable knowledge from these classes.

And I hoped he would use that knowledge when he told me and Matt that he was going to cook three days ago and that we should all be at my house at 7:00.

I pulled into the driveway after a long day of work right around 6:40, and I'm not kidding you that I heard literal screams coming from inside.

Smoke was billowing out of the kitchen window.

A high-pitched "NO GOD PLEASE NO" was echoing off of The Perfects' house.

My mind went to every prized possession I own.

Chubby 10-year-old freckled face child finishes drawing the last line on a tiny and impossible-to-complete maze, places it into a shoebox that is still sitting in Eli's house, 24 years later, and which hasn't been opened since. 10-year-old smiles and whispers "yessssss."

I sprinted into my home, prepared to scoop up a coughing Duncan, and I found Skylar, standing over two pans that were hurling so much smoke into the kitchen that everyone with asthma in Salt Lake City died that day.

And then I noticed, that instead of, oh, I don't know, moving the pans off of the heat, Skylar was standing in front of them just screaming.

You know how you watch scary movies and the monster starts going after the protagonist and the protagonist just stands there and screams and the whole time you're like "RUN YOU IDIOT" and you think that the horror movie is totally unrealistic because who the hell would just stand there in the face of danger?

If a T-Rex stepped in front of him, Skylar would stand there and wait to get eaten.

I know that, because that's what he was doing in my kitchen.

When I yelled all of the obscenities I've ever learned at him, he just turned his face and started screaming in my direction, which was even more annoying than when he was directing the screaming at the pans.

I tried to move the pans myself, but he violently intervened, yelling that the pans couldn't be moved because what was in them hadn't been cooking as long as the recipe dictated. I told him "to hell" with the recipe and that he needed to use the 3 good and 2 sub-par senses the good Lord gave him to react to this obvious crisis. But he wouldn't listen.

It was like that scene from Harry Potter 7 when Dumbeldore is all like "no matter what happens, keep making me drink the liquid" and then when Harry starts feeding him the liquid and Dumbeldore is begging him to stop Harry just keeps going because he was instructed to do so and so he follows the instructions instead of relying on common sense and eventually Dumbeldore is exposed as a child predator.

Duncan was having panic attacks, running full sprints into and out of the kitchen, clearly frustrated that he is a dog and therefore incapable of saying words. The words I could tell he wanted to say were "can someone please take me back to the animal shelter?!"

Eventually his various timers went off and he removed the pans from the heat. I took a picture of my kitchen when he was done.

He made salmon and it was fine. But my entire house smelling like fish for at least three days isn't.

I don't know why, but a few days later I politely asked him to bake something for me. Everything you need to know about that experience can be found in the below video:

He later corrected me. The cake was finished at 2:22 AM. I had gone to bed long before this.

AND IT WAS A SCHOOL NIGHT.

This time in Strangerville, Meg explains what a “horse girl” is. Anne Hathaway is discussed. And there’s some Eastern Europe thrown in there, too. 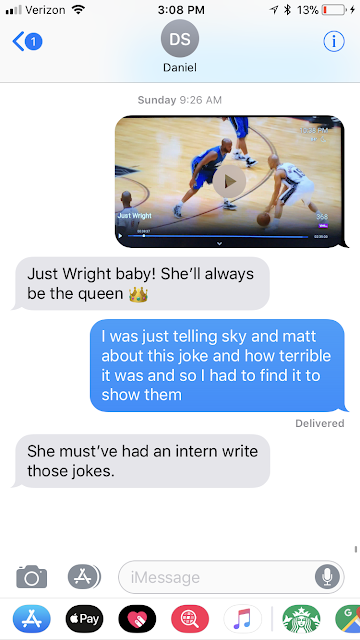 Matt accused me of exaggerating "just like" I "always do." This was offensive. Not because I consider "exaggerator" to be an insult, but because he said it in the same

This time in Strangerville, Meg explains what a “horse girl” is. Anne Hathaway is discussed. And there’s some Eastern Europe thrown in there, too. Story Forest Accordion, by Eli McCann Produced by Eli McCann and Meg Walter http://traffic.libsyn.com/strangerville/Episode_