A little while back I got connected with Mindy Gledhill on what the kids are calling "The Twitter." For those who don't know, Mindy is this really great musician (check out her music) and I feel like our paths have crossed here and there over the years but we've never actually met in person.

Well, she and I messaged a bit on Twitter and I suggested we get together sometime and after some back and forth, we settled on a coffee shop to meet up. It was a weird feeling—familiar, I think because it felt like my old Tinder dating days. Meeting someone on an app. Feeling excited to meet that person. Setting up a time and place to have coffee.

Well our scheduled meeting was supposed to be two days ago, and like the dutiful dater I apparently still am, I showed up a few minutes early and found the best table in the place.

As soon as I sat down, I realized that we had set this meeting up several days before and I hadn't actually confirmed that day that we were still meeting. And, look. There is a part of me that thinks we shouldn't have to confirm plans the day of when we made those plans in advance. But there's a more realistic part of me that realizes that we live in a different world than existed in 1990 and we all have phones now and it's good sense to just confirm plans via a quick text now. I have many times forgotten plans until the confirmation text.

Well, Mindy had completely forgotten we were supposed to meet, and so she didn't show up for our meeting. I wasn't even remotely offended or upset about it because I figured she just forgot and who hasn't forgotten something?

A few hours later, Mindy texted and called, profusely apologizing. She was clearly embarrassed about forgetting. I told her it was no big deal and we'd just have to reschedule sometime.

Mindy then tweeted out this funny apology video: (language warning)

Shortly after she tweeted this, Stacey Harkey, Strangerville Allstar and one of my favorite people on planet Earth, responded with his own music video:

It felt like, at this point, I needed to do some kind of musical response:

After I posted this, Stranger Katie Rich tweeted this brilliant addition to the Twitter musical:

I got home from work this evening and quickly showed all of these videos to Skylar, who stared in bafflement and then said, "I don't understand your life."

If you have any additions to the routine, please add on.

This time in Strangerville, Meg and Eli were odd children, some stuff about Disneyland, and an international conflict sprouts on the shores of Croatia. Story World War III, by Eli McCann Production by Eli McCann & Meg Walter https://traffic.libsyn.com/secure/strangerville/Episode_ 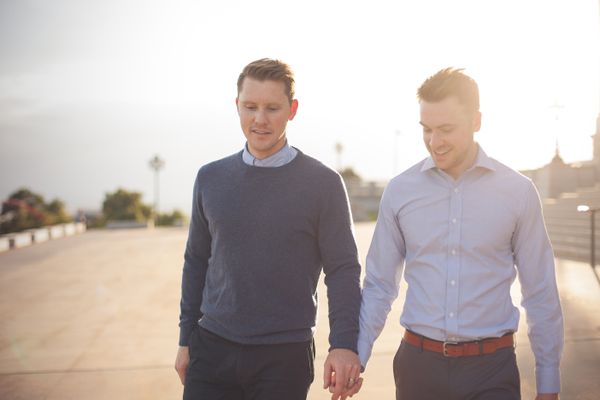 This morning I woke up to a text from Skylar. "Should I make cinnamon rolls or are you going to walk with me to get breakfast?" It was 7:30,