The man sitting next to me in the changing tent was probably 60 years old. His face was completely white and he didn't respond to me when I turned to him and commented on the water. He stared at me, with his mouth partly open, looking shocked and devastated. Just then a volunteer came over with a thermal blanket, wrapped it around the man, got on his knees, and started asking him questions about how he was feeling. I wondered if the man was one of the several hundred that had been rescued by the boats.


I went back to my business of changing into my biking clothes, which was sort of difficult since I was dizzy and nauseous from 2 hours of turbulent swimming and water swallowing. But I pulled on my shoes and jogged out to the bikes where a volunteer had already retrieved Paul Cyclemon. After checking 35 times whether my helmet was buckled, in my frantic and still dazed attempts to avoid an automatic DQ, a volunteer screamed to me that I was ready to go. So I jumped on my bike and quickly headed through the narrow tunnel of cheering spectators, relieved not only that I wasn't still in the water, but also that I somehow made it out on time to start the bike. Something hundreds of the competitors didn't get the chance to do.

Then the wind hit me. Have you ever seen the movie "Twister?"

I don't understand the way the world works. And I know that there's probably more to it than what I'm about to explain. But I absolutely do not understand how there was not a tornado in St. George that day, because everything that I've ever assumed to be the exhaustive list of tornado ingredients was simultaneously present all day.

1. Wind was coming from every direction all at once.
2. The wind was "The Wizard of Oz" strength wind.
3. People were unhappy.

And the only thing that was keeping me from looking like the old lady/wicked witch character from "The Wizard of Oz" was the basket in front. I knew I should have put one on Paul Cyclemon.

But we all pushed on. I assumed Daniel was far in front of me, but I hadn't heard yet whether he had made it out of the water. Worry about that later.

My biggest concern now, even more than the incredible head wind and the giant hill we were starting to climb, was the horrible stomach ache from swallowing water and air during the swim. I had to try to stand up on the bike, or bend in funny ways to find a position that would ease the discomfort. And unfortunately it was almost impossible to drink or eat anything because every time I tried, I started gagging and, in two cases, throwing up onto the side of the road. So much for staying hydrated and energized.

So we rode on, making the first cut-off time by several minutes.

Every 10 miles or so we went through an aid station with water and other treats. I tried to eat and drink at each of these but couldn't do much more than a small sip here and there, and that made the stomach ache get worse and worse. I was having a battle with myself over choosing energy or comfort, wanting to choose both, but occasionally upchucking, and therefore getting neither.

And then the head winds really hit. The wind was so strong that even riding downhill when we should have effortlessly been hitting 30 miles per hour, I was pushing hard to get above 13 miles per hour. And climbing uphill was, of course, an even worse disaster.

The amount that I was frustrated was magnified by the fatigue. Everything seems like a bigger deal when you're tired. And in this case, I was tired. Physically, mentally, emotionally, Queen-of-colors-ingly, etc. I was really tired.

At about mile 30, standing up on the bike, holding my stomach with one hand, and occasionally blacking out from the lack of water and food during these several hours of intense workout, I starting wondering, how on Earth am I supposed to do a marathon after this?!


Then I had one of my many nonsensical conversations of the day with myself. It went like this (try to follow):

"Eli--the marathon is future Eli's problem. Let future Eli deal with that. Right now, you need to get through the biking and find a way to eat. And don't feel guilty that you're leaving that huge burden on future Eli because let me tell you right now, future Eli is NOT going to help present Eli for one second. Past Eli didn't help present Eli either, but past Eli had his own problems, so it's understandable."

That out-loud pep talk did not seem funny to me at the time.

This was proving to be a very long day.

I pulled into the next aid station, having gone a while without seeing any spectators or support staff since we were now somewhere on the back side of a very windy canyon. The small crowd was a welcome sight. I got off my bike 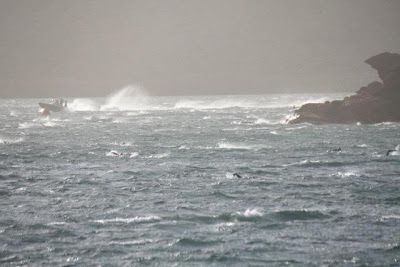 Well it happened. The much anticipated Ironman St. George came and went this weekend, taking a part of my soul and happiness with it. The race and event proved to