The worst part of doing a half or full Ironman, besides the swimming, biking, and running, is the whole week leading up to the race. You're supposed to go to bed early and eat boring food, but not overeat, and say your prayers and stuff, and exercising that much self control for several consecutive days is torture.

I got to St. George for the half Ironman powered by your podcast recommendations, which you gave me on the Facebooks. Skylar couldn't ride down with me because he apparently loves his school and his future more than making me happy by keeping me company in the car for four hours.

He rode down with Bob and Cathie later that night. I'm told they sang 99 Bottles of Beer on the Wall, but they started with 12,000 because the trip was so long. They even stopped on the way and got matching tattoos of Celine Dion. Bob and Cathie now plan to sit on Skylar's side of the aisle at our wedding.

Joke's on them though: my side will have Celine Dion.

Then Saturday morning arrived. I got up at the ungodly hour of eleventy o' clock because for some reason they make everyone get to the lake TWO HOURS before the event starts.


Why? I don't know. There is NOTHING to do except stand in the porta potty lines that are so long they wrap all the way from Utah to Nantucket, like a poop version of Hands Across America, when we could all instead just be having diarrhea in shame and in the privacy of our own hotel rooms like God expects.

Side note, I was waiting in one of several side-by-side lines to get into a porta potty when a woman exited so I walked up to it to take my turn. She announced loudly as I went to open the door, "there's no more toilet paper in that one." That was fine for me as I was just going to pee anyway #manprivilege, which I didn't need to share with anyone, but I suddenly panicked at the fact that hundreds of people were now watching me go into the porta potty that had just been declared toilet-paperless and I didn't want them to think I was an animal so I turned to the crowd and shouted "I'M ONLY PEEING." Then I got inside and felt like I needed to hurry as much as possible because if it looked like I was in there for a long time it would seem like I had lied and I was actually pooping.

The race started and an eternity later it was finally my turn to dive into the water. I'm usually one of the last people to get in and start swimming because they make us line up by speed, all few thousand of us, and get in three at a time. We have these prison/house arrest ankle monitors so our individual race times don't start until we actually step into the water. Because I'm not a great swimmer, I end up with the island of misfit toys for the first 40 minutes of these races, watching nearly everyone else get into the lake, and a good portion of those people finish the entire swim before I even put my goggles on.

I don't get it. I don't understand why I can't get any faster at swimming. Maybe it's because I hate swimming so much that my body won't let me be good at it. All I know is when I do one of these races the people around me in the water literally thrash and scream and some of them have to get saved by the emergency kayaks and boated back to shore and every time I'm like "HOW ARE WE GOING THE SAME SPEED."

I made it out of the water after the 1.2 mile swim and I got onto my bike. The ride started out lovely, through desert landscapes with red rock mountains in the distance. Because I'm a terrible swimmer who starts the race very late, but I'm not a bad biker, I end up passing literally hundreds of people during the 56-mile bike ride every time I do this race, which makes me feel like a superhero.

Typically I get better in these races as I go since I'm a bad swimmer, a mediocre biker, AND A PHENOMENALLY EXCEPTIONAL RUNNER OMG PUT THIS GUY IN THE OLYMPICS, but you guys. Not this year.

It snowed a lot forever in Utah until basically yesterday so I didn't bike nearly as much as I should have because lazy and cold and wuss and stuff. The longest ride I did to prepare for this 56-mile race was 40 miles. And for some reason I was like "THAT'S OK THERE WILL BE NO CONSEQUENCES FOR THIS POOR TRAINING DECISION."

By the time I finished biking the three hours it took me to do those 56 miles, my body was in a permanent biking position. I had to undergo major surgery in the second transition area just to be able to stand up again. My hands are still stuck in the gripping position. I'm typing this with my toes. You guys are reading Tami's blog now. She doesn't like all the mean things you've said about her. And she talks in third person.

I cannot tell you how many things I would have rather done than run THIRTEEN miles by that point. Some poor volunteer began rubbing sunscreen on my arms as I finished tying a shoe, seconds before starting the final leg of this triathlon, and I actually started laughing. It was a total hysteria exhaustion laughter. I had been up since eleventy o'clock, it was now 144 degrees, I had been actively exercising for nearly four hours, and now I was supposed to go run half a marathon up a mountain.

I started the third leg. My entire family was nearby and as I passed them Cathie yelled "ELI. ARE YOU OK? THIS IS YOUR MOTHER TALKING." like she was calling me on the phone and not standing on the side of the road fifteen feet from me.

Side note, my siblings and Skylar tell me that everyone should get to attend one triathlon with Cathie. Apparently it is very entertaining. And not just because she openly comments on the competitors' bodies and clothes in that exact mother tone that you all know, but because she makes jokes about those bodies and clothes and then giggles to herself.

The run was truly the most miserable experience of my life. And I've seen The Horse Whisperer. TWICE.

It was hotter than Skylar in a suit by the time I started and I actually thought for a good portion of it I was going to have to hitchhike my way out of this thing and then go live with a new family because my mother would not take me back if she found out I hitchhiked somewhere.

For those unfamiliar, in these long races, there are "aid stations" every mile where twenty or so really lovely volunteers from the community stand and cheer while handing out sustenance like water and Gatorade and, I'm really not kidding here, warm Coke. I know it sounds crazy that anyone would ever want to drink Coke in the middle of a five or six-hour race, but by the time you get to the middle of the run portion of one of these things you so desperately want sugar and crystal meth that if someone is willing to offer you a caffeinated syrup water, you suddenly start wanting to name your children after them.

Even if you don't have any children.

What I can't figure out, though, is why the Coke is usually warm. That's not good, guys. Not even when you're delirious and your mother is loudly commenting on your body on the side of the street as you run by. I probably didn't need to say that last part, but I thought I'd throw it in in case you thought Cathie McCann's heckling might have made a difference here.

By the time I hit mile 8 I had reached whatever is the exact opposite of nirvana. Nonvana? Yes, nonvana. That's now a thing. We are going to start using that. Twice up the barrel, once down the side.

Everything hurt. The temperature reached 1000 degrees by this point, up from the 144 it was earlier. If my mother had asked me if I was ok at that point I would have just started crying.

I eventually made it back around to the finish line area where my family had been waiting since before the war for me to finish this thing. By this point I looked like a hot mess. Skylar took some photos of me to prove it.

I crossed the finish line and basically collapsed onto the ground. My family came and found me a few minutes later.

Don't let me do this again. 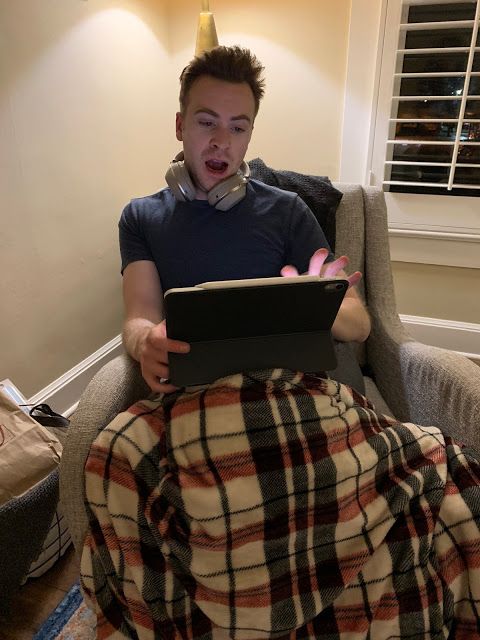 On Monday night at about 3:00 AM Skylar suddenly sat up in bed and screamed. It was HORRIFYING. It obviously woke me up. "What's wrong?!" I asked him. "Eli! 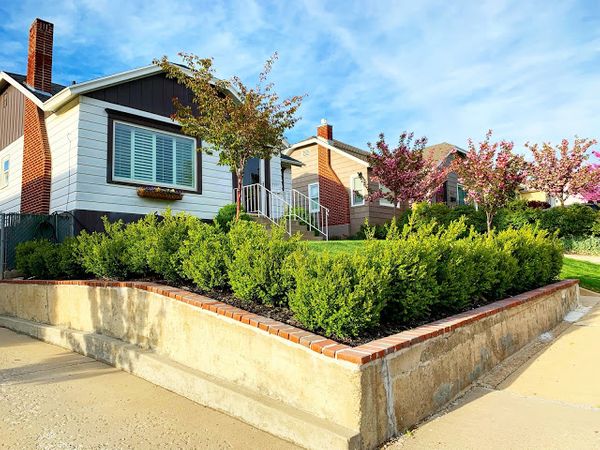 I told you a little while ago that my concrete steps leading up to the house look like Chernobyl. They have been crumbling apart for years. They are as old