Last night I freaked out at a parking garage attendant.

Actually, that might be an exaggeration, depending on how you interpret "freaked out." I should clarify. Typically my version of freaking out means that I stop saying "please" and start saying things like, "you are not being very helpful," and "I hear what you're saying but I'm trying to communicate to you that what you're saying is absurd."

I don't really cause scenes. They happen to me unintentionally and embarrassingly enough that I don't need to go out of my way and bring them upon myself. So I'm not really a yeller. I can't think of the last time I actually yelled at someone. But friends have told me that when I get frustrated I use a tone that is a lot more cutting than yelling would be. Last night I used that tone. A LOT of it.


I was frustrated. I received parking validations by the business above the parking garage. That business took my parking ticket and exchanged it for the validations. When I tried to leave at 12:30 AM, the parking attendant said she couldn't let me out unless I gave her the validations AND the ticket. I tried to explain to her that the people upstairs had taken my ticket. She kept saying, "they don't do that. You should see if it's in your car somewhere."

A line had built up behind me. I was tired and getting cranky. I just wanted to leave. I told her I would pay, I just needed her to let me out. She repeatedly told me she couldn't let me out without my ticket.

People from cars behind us walked up to find out what was taking so long. They started engaging in the same argument that I had started. The parking attendant would not budge.

That's when I started the "you are not being very helpful" and "what you're saying is absurd" comments. I was very rude. After a few minutes of this I saw tears well up in her eyes and it hit me: she was tired, too. And probably just trying to follow some ridiculous policy that someone else who has never been a parking attendant created. I told her that.

"I'm not trying to ruin your night," I said. "And I understand that you're trying to do your job, but I'm having a hard time understanding what it is you want me to do at this point."

She took all kinds of documents from me, filled out some report, and finally let me through.

The moment I pulled out of the parking garage, the frustration of ten seconds ago immediately seemed petty and I felt like a very spoiled person. Like a child who threw a temper tantrum. But more importantly, I felt remorse for treating a person like she wasn't a person.

Every time we interact with another human being, we have an opportunity to make them feel better or worse about life. Last night, in that parking garage, I dropped the ball and made someone feel worse.

And I think I just practiced a trend that our society seems to accept a little too much.

For some reason, we've decided it's ok to be rude to the waitress who gets our order wrong. Or to angrily honk at a person who accidentally cut us off. Or to roll our eyes at the TSA agent who asks us to walk back through the metal detector. Or to yell at the bank teller who is trying to explain why there was some surprise fee on our account.

We refer to these people, if not to their faces but under our breath, as "idiots." Even though we would never consider our friends idiots when they are engaged in the same. And even though we never think that we are idiots when we do the same.

And I guess I can't undo that I was that guy last night. But I can at least say that I recognize that being that guy was a mistake. So I'll just say this now:

This probably all sounds overly dramatic. I didn't shoot someone. I didn't drive a family of do-gooders off a cliff. It certainly isn't the worst thing I've ever done or the most offensive way I've ever acted. But this weekend the experience has stuck with me for some reason. Maybe I'm getting softer in my old age. But I want to make it right, whatever that means. And if sharing it dramatically inspires any of you to be a little kinder to the next parking attendant or bus driver or hotel employee you see, then I'm glad for it.

This might be the new laziest post of all time. I'M TIRED. It's been sort of a rough week around here, to tell you the truth. You know how on TV when the writers get lazy so they just do an episode that is 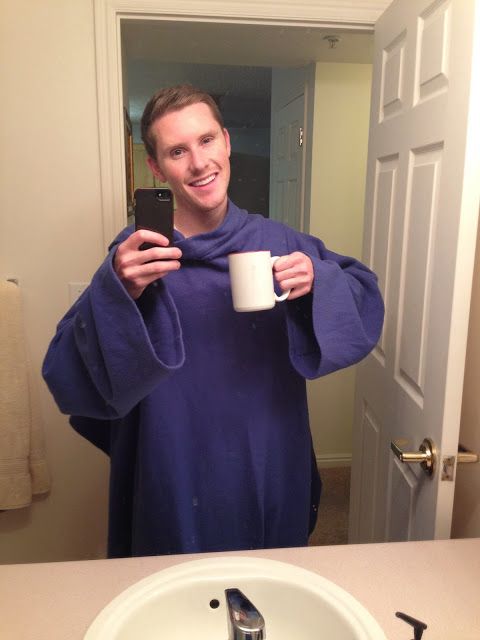 Late last night I got home from some shenanigans with friends and realized that I didn't take any pictures with my phone this week. This caused me a great amount