So I'm a lawyer and as a lawyer there are a bunch of requirements I have to meet every year in order to be able to keep practicing law. These include attending eleventy million legal training classes and submitting certificates of completion with the state bar.

As the year has been winding down and as I've realized that I have not been so diligent at finding opportunities to attend these classes, I started to frantically look for available classes about a month ago.

You guys. I was too busy earlier this year. Because TV. And laying on the floor eating candy.

I mentioned this to my friend Annie at work, who as usual was so on the ball that she basically had every single legal education opportunity memorized, categorized in her mind alphabetically, and was probably asked to speak at half of them. She told me that she was going to a great weekend conference in Park City in October and that I should "totally sign up and come too!!!"


Park City is close to Salt Lake City. And knowing that Annie would be there, it sounded like a fun opportunity. So I looked up the conference she referenced, and immediately hesitated.

Eli: Uh, Annie? This conference is called "The Women Lawyers of Utah Retreat."

Eli: So, this might be awkward to address now, considering that we've known each other for six years, but . . . did you know that I'm a man?

Eli: Seriously. I can't go to this.

Annie: Oh, it's fine. It's a conference that is put on by the Women Lawyers of Utah organization, but men can totally go. Men go to classes put on by WLU all the time.

I was still skeptical. Then I mentioned it to a male friend at my office, who very enthusiastically encouraged me to sign up and said that he would sign up as well. I expressed my concern that this was a weekend retreat for women only. To assauge my concerns, he emailed a representative of the organization, asking whether this retreat is intended for women only. The representative very sweetly responded that men were welcome to come too, that men have come in the past, and that they would be happy to welcome us there.

So with those words of encouragement, and considering the looming peer pressure of my coworkers, who maybe don't understand that I've already met my lifetime quota for awkward experiences, I signed up for the conference.

In the days immediately leading up to it, I knew we had a problem. The organization emailed us an itinerary for the weekend. This included lectures that were oh my gosh so clearly geared towards women, like the first one that was called "Her Place at the Table" and was going to be about overcoming gender bias in the work place. The other lecture had to do breaking the glass ceiling and becoming a woman leader in the office.

There was also a scheduled yoga session, chair massages, and a number of getting-to-know-you activities.

It was too late to back out. The event was paid for. My hotel room was reserved.

I had also been getting very nice emails from WLU over the course of the last couple of weeks, encouraging me to become a member of WLU because it would provide me so many opportunities to network with "other women." I politely declined these invitations, surprised that they continued to come. I asked my male coworker whether he was getting similar solicitations. He was not. This confused me.

Then I realized that the WLU thought that I was a woman.

Occasionally, and more often than you might think, people read the name Eli as "Ellie." Ellie is clearly a woman name. Unlike Eli, which is a man name. And every time someone reads my name as "Ellie," I condescendingly and self-righteously say "WELL I GUESS YOU DON'T READ YOUR BIBLE."

In reality, Eli is one of a small handful of names from the Bible that I probably know how to pronounce.

The blessed weekend arrived and I set off for the retreat on Friday. I tried convincing myself on the way that my attending this conference was somehow a way for me to stick it to the (wo)man. But I couldn't ignore the fact that the organization exists in part to provide a minority group a support network to better be able to face people like me. I also couldn't ignore the fact that I had been politely welcomed to this event, and not told to stay out.

Checking in was one of the most uncomfortable experiences of the year for me. I sheepishly walked into the crowded room of hundreds of women, stepped up to the registration table, and

Eli: No. You don't understand. I registered for this event. I'm an attendee.

Eli: Look. I know. I'm a man. This is for women. I'm not trying to crash anyone's party. I just wanted to come to this retreat.

Eli: Eli McCann. Do you think they let me register because they thought my name was pronounced "Ellie"? Because I get that a lot.

The table of confused women handed me a goody bag and sent me on my way. I awkwardly sat in a corner the entire time with my one man friend, peering out over the hundreds of women. We avoided participating or drawing attention to ourselves in any way. We politely nodded when the speaker would say things like, "We are here to empower you to become better women! . . . uh . . . and . . . [looking at us] men, too."

Finally I sent a quick email to a good friend of mine who went to law school 30 or so years ago and is now a law professor at BYU. I told her I was at this conference, that I wished she had come, and that I was feeling very awkward being there.

Her response gave me great perspective:

"Cry me a river. When I was in law school, I never had a single class with more than two women in it."

The email worked. Yes, it was awkward. But the experience was good for me. No, it was nothing like so many experiences people have had as a minority due to their gender or race. Yes, people were nice to me and welcoming. Yes, I got to leave the two-day conference and head on back to my man's world, where I basically never have to feel like the cards are stacked against me because of my race or gender.

But in any event, being at that conference as a man and suddenly feeling very "one of these things is obviously not like the others," was a little reminder to me that I can do a better job putting myself in other people's shoes. That I can, and should, be more aware of ways in which I can help imbalanced systems be a little more equitable.

If the purpose of the conference was to inspire attendees, then I guess it worked for me.

AND I DIDN'T EVEN HAVE TO WEAR A DRESS. 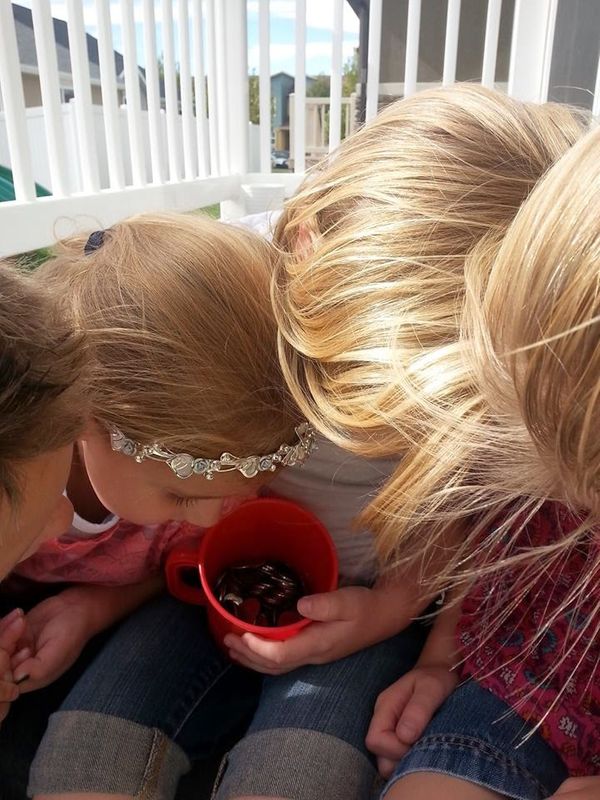 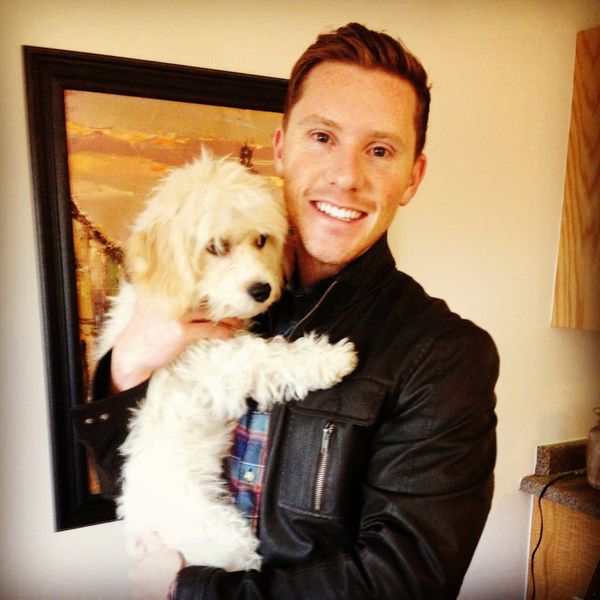 By the good graces of God, Matt got very very sick this week. He asked me if I could come to his place and take Ollie for a day or