Halloween is a stressful day for me because I so want it to go well but it pretty much never goes well.

I want to live in that neighborhood from the movies where all of the kids are out in traditional Halloween costumes, marching up leaf-fallen pathways to Victorian brick houses, adorned with intricate pumpkin carvings and emitting smells of hot cider. That's all I want. Not much to ask for.
But that's not how it goes on my street.
The houses are dark, almost comically so. Windows are practically boarded. My first Halloween in my home I had about 4 trick-or-treaters.
It's gotten slightly better since then, probably only because I have aggressively shouted children down as I've seen them passing my street to move on to friendlier territory, convincing them to come over.
I never planned to be a man in his thirties screaming at kids to come to his house for candy, but desperate times call for desperate measures.
Last year, thanks largely to my Halloween advocacy, I had nearly 30 trick-or-treaters. At least two of those were full-fledged adults, out without any children, but they were wearing costumes so I rewarded their commitment to sugar.

I talked Lynne into passing out candy last year as well so we would at least have two houses on the street participating in just doing our basic duties as citizens of the world. But at about 5:30 she came over to my house with her bucket of candy and said she was going to pass it out from my place because it was too lonely over at hers, effectively defeating the whole point of my lift-where-you-stand plan.
Yesterday I decided that part of the low turnout might just be from my failure to really lean in. Sure, I put two carved pumpkins on the porch, but there are houses in town with 12-foot witches towering over the sidewalk. Maybe if I made my place a little more flashy, kids would be drawn to it.
So I did my favorite activity: wandering around a store until standing in an aisle and just purchasing the thing I want from Amazon through my phone.
I bought four strands of orange lights.
I would have bought them from actual brick and mortar but every place I visited had only Christmas decorations out, and an absurd amount at that.
My lights will come tomorrow. Skylar and I will spend Tuesday evening trying to figure out how to tape several battery-powered candles with string to the ceiling so it looks like there are floating candles in the entryway. We'll carve two pumpkins. And we'll sit in our living room on Wednesday evening, alone, hoping that one day, even if not right then, there will be some kids.
And now, please enjoy some Strangerville:

This time in Strangerville, Meg and Eli mock an annoying person on the internet, because that’s all they have. And a woman finds herself in the middle of a real-life horror story overseas.StoryTrapped in Thailand, by Annette ThackerProduction by Eli McCann and Preg Walter 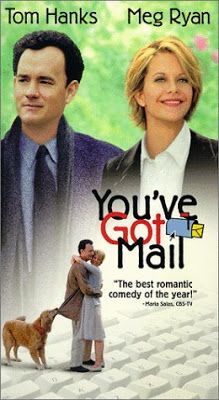 I'm not saying these are the best films of all-time. There are many movies that I think are much greater than these, but that I could only watch once. This

This time in Strangerville, Meg and Eli mock an annoying person on the internet, because that’s all they have. And a woman finds herself in the middle of a real-life horror story overseas. Story Trapped in Thailand, by Annette Thacker Production by Eli