I have a new thing: I call people when they send me angry emails at work instead of replying to the email. Truly, for me, the most exhausting part of being a lawyer is the constant contention, which, by the way, is totally unnecessary.

The best lawyers I know are not jerks. Period. They don't yell. They aren't rude to opposing counsel. They don't snap at people. They don't send long aggressive threatening emails.

They don't have to do those things because they are smart and effective without turning into the worst versions of themselves. Whenever I hear people brag that they hired an "aggressive attorney who scares people" I immediately think, "yeah, and he probably sucks and over-bills you." (Yes, it's always a he.)

I'm letting you in on this little secret because I like you guys. I've seen a lot of lawsuits in the last decade. Most of them go on much longer than they should because the attorneys are jerks to each other. They are jerks to each other who fight tooth and nail over everything. So their clients end up paying thousands of dollars just so two complete jackasses with monster egos can file long angry motions and responses over some meaningless thing they should have just compromised on, like a short deadline extension or providing some document that is clearly relevant to the case.

The clients don't benefit. They sit there, smugly, happy that their attorney is yelling at someone on their behalf, totally unaware that they are paying an astronomically-unnecessary amount of money for this service that is most definitely delaying a resolution of their case.

I have had clients get annoyed with me because I'm not yelling at anyone. I've literally had to say to multiple clients, "if you want to pay someone to feel angry with you, I'm not your guy. If you want someone to efficiently protect your legal interests, I am. And I'm not going to do it by being mean to someone you think wronged you."

In 2016 I ended up in something of a real life nightmare where I was dealing on a daily basis with one of the most unbearably monstrous and unreasonable people I've ever met in my life. He was a crappy lawyer, too. He billed his client hundreds of thousands of dollars fighting a case that could have been settled for much less than that (it ultimately was). A competent lawyer would have looked over the situation at the beginning and worked out a reasonable compromise that would have avoided making everyone spend years in a stupid fight that he knew was going to cost more money than it was worth.

Anyway, I was receiving long angry emails and screaming voicemails on a nearly daily basis from this guy, and partly because of this person, I ended up legitimately having a work-induced nervous breakdown.

It was hell. I am not exaggerating in the slightest when I tell you that I nearly sold my house, quit being a lawyer, and drove off into the sunset to get a job as a barista in some beach town somewhere.

Not hyperbole. Not kidding. I literally almost did that.

The only thing that stopped me from doing that was Skylar moved to Salt Lake City and essentially forced me to take a month off. Looking back, I'm honestly amazed that it all worked out the way it did.

By the time I showed back up in my office, I had calmed down, reassessed some priorities, set some boundaries for my job, and forced myself to check back in on a regular basis to make sure things never get as bad as they got in 2016.

It was during one of my recent check ins that I decided my new thing is calling people when they send me angry emails, and let me tell you, this has been a wonderful thing in my life. Because, y'all, jerks get super embarrassed about their angry email when you call them to talk about it in a polite voice.

A few months ago I woke up to an email from an attorney actually calling me names because he disagreed with me on something that truly did not matter. I had never met him. But his phone number was in the email, so I clicked on it. Seconds later he answered and I introduced myself and said, sincerely, "I thought I should call because I've obviously ticked you off and I don't ever want to be the cause of someone's day getting ruined."

He was silent for like 10 seconds, and then he was weirdly apologetic and admitted that maybe he could have worded his email to me "more thoughtfully," and by the end of the call we actually had nice rapport.

I know this probably all sounds so stupid and simple, but I'm not kidding you. This has cut so much of the meaningless contention out of my life. I think it has actually saved me a little.

I was bragging to Skylar recently about what a genius I am for doing this and Skylar was like, "yeah, I taught you that."

I was taken aback, because I don't like to give him credit for my genius. But then he reminded me that he made a rule for us a few years ago that we were never allowed to broach any serious conversations with one another via text, and that if we were ever annoyed or mad for any reason, we were to pick up the phone and call rather than type out a message.

Before that rule, one of us would be like, "hey, are you running late?" and the other would respond "WHY ARE YOU ON MY CASE ALL THE TIME" and the first person would be like "I WILL MURDER YOU AND BUILD A THRONE FROM YOUR BONES."

See the difference? All because of a phone call. For some reason it's so much easier to be reasonable when you're not communicating via Facebook or Youtube comments or text messages or emails.

It's almost like seeing a person's face and/or hearing their voice makes you realize they are, well, a person. One who probably really doesn't mean any harm.

It's become popular to hate talking on the phone. There's a whole thing right now about how kids aren't learning phone etiquette because they rarely have to actually use it to speak to anyone. And I get it. I will be one of the first people to go stand in the "talking on the phone is terrible" line. I implicitly groan every time my phone starts ringing.

But I really think the trade off may not be worth it. At least not all the time. I think sometimes we are better off just picking up the phone and saying, "hey, can we talk about this for a minute?"

Seriously. Try it. Pick up the phone and see if it saves you, too. 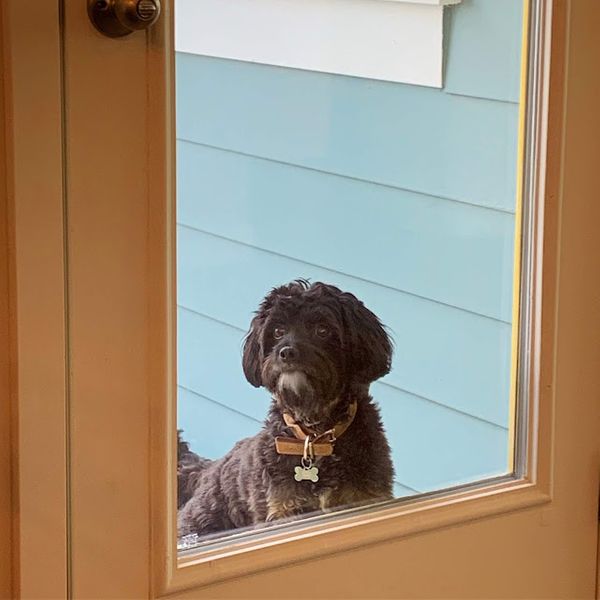 Hola. This is a reminder that we've got a Strangerville Live show coming up on July 12. Get your tickets at this link [https://www.meetup.com/thebeehivelivehq/events/262106207/ 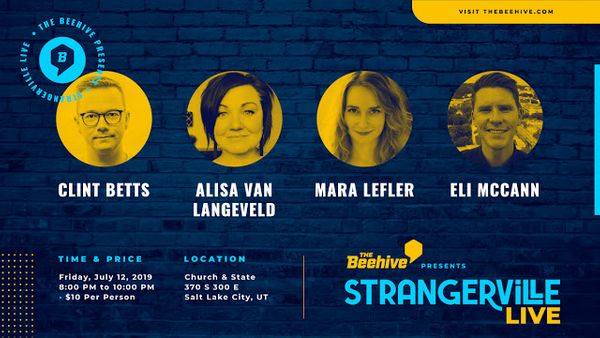 Last month Meg called me and said The Beehive [https://www.thebeehive.com/] wanted to take over Strangerville Live and I was like HOW COULD YOU THIS IS OUR BABY