I heard it before I saw it. It was coming from the next room over. A one-sided medical based conversation by my exhausted spouse who has been working graveyard shifts between long days.

He comes home when he can and traps himself in some corner of the house, a space heater at his feet, and he studies until he falls asleep. "I'm just so tired. I'm just so so tired," he'll say to me if ever I happen to see him.

But on this evening three nights ago he wasn't studying quietly. He was instead practicing physical exams, and he was doing it loudly.

"Now I'm going to check your heartrate," I heard him say to what I thought must be an imaginary patient. I thought it must have been imaginary because I was pretty sure we were the only two people in the house.

But then he continued: "your heart rate is about . . . uh . . . hundreds of beats per minute. That's either very alarming or completely normal."

At this point I became curious enough to put down my knitting and pause my shows, for I was engaged in equally important tasks as Skylar.

I quietly tip-toed to the next room and peeked inside where I saw Skylar practicing his physical exams on Duncan, who was patiently standing in place and rapidly wagging his tail.

It was possibly the cutest thing that has ever happened. He continued the exam, ultimately laughing at himself when he realized I was standing there recording him.

Duncan is healthy, by the way. Well, we think. Skylar hasn't learned what the normal heart rate for hyperactive puppies is in medical school yet. Maybe that's fourth year?

And now, please enjoy some Strangerville, including, and I'm really not kidding here, a discussion on how Meg, Skylar, and I were legit a source of discussion on many British tabloids last week.

This time in Strangerville, the British tabloids are eating Meg and Eli alive this week. And a man goes on a journey to solve a mystery after visiting a haunted house in Idaho. 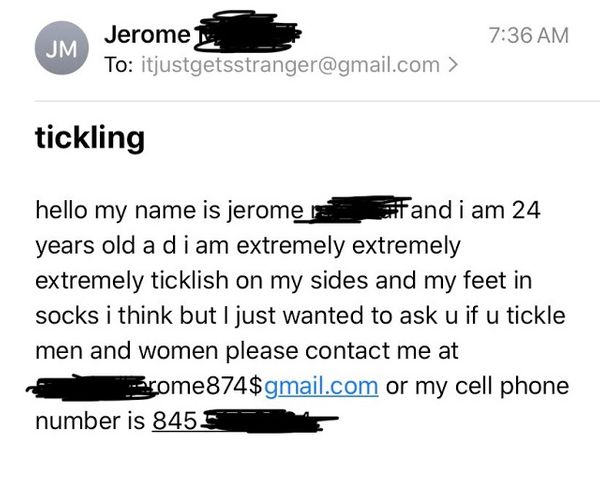 On Tuesday morning I woke up to something of a surprising email. I get quite a handful of emails to the Stranger account. Most of them are from you people

This time in Strangerville, the British tabloids are eating Meg and Eli alive this week. And a man goes on a journey to solve a mystery after visiting a haunted house in Idaho. Story Haunted House Mystery, by Kyle Treasure (music by Loyalty Freak