Recently I saw a billboard that said, “It’s time to see with 2020 vision.”

I laughed a laugh that has become all too familiar this year, a laugh I do when things are terrible but it’s better to laugh than cry.

It was the copywriter I wept for. I imagined how clever they must have felt, making a pun two thousand years in the making! It should have been a perfect headline. It would have been, if 2020 had not been 2020.

I doubt I’m alone in this, but my vision has suffered greatly this year.

My vision has essentially been limited to the four walls of my townhome, a place that felt unnecessarily spacious when we first moved in but now feels claustrophobically small.

When the world first shut down in March, I figured it would be over before we knew it. But as the realities of the pandemic became clearer, as case numbers exploded and the loneliness began to mount, I needed to put my eyes on something other than real life.

In the past, I’ve been self-righteously proud of the fact I never binge shows and don’t feel addicted to my phone. But in the face of 2020, that went swiftly out the window. In 2020, I fell deeply in love with my screens.

At first, I needed them for escape. Two minutes after bedtime and I was in an exhausted slump on the couch ready to drown my sorrows in Community or Parks & Rec. Many have commented how they’ve lost track of time this year, but for me it’s become surprisingly easy: I simply measure time by which TV show I was watching during which month.

My escape into glowing rectangles did ease my pain for a while, providing distraction from reality when I sorely needed it.

But then I needed my screens to not escape. Screens became the only way I, in my privileged Lehi life, could possibly understand the reality of what might happen to someone like George Floyd or Breonna Taylor. I felt moved by footage of protests erupting all over the country. Sat horrified at the lootings of big cities. Double-tapped woke memes, bought How To Be An Antiracist, and even clicked ‘donate’ a time or two.

I participated in a social justice revolution from behind the comfort of my iPhone. I don’t have words for how unsatisfying this was.

Somewhere in this time (Maybe May? We were watching The Last Kingdom) Netflix’s The Social Dilemma came out. Family and friends raved about it, calling it “important” and “a must watch.” But there was altogether too much doom in their recommendations, and I couldn’t bring myself to watch it.

I knew what it was going to say. How social media is addictive, how the advertisers are out to get you, how if you give your kid a smartphone their brain will turn to Spaghetti-O’s.

Of course, I have long known on an intellectual level that screens are not reality. I have balked at people who go on about the dangers of screens because guess what—  you get to pick who you follow! Your finger has the power to turn off the TV! Ads have been ads from the beginning of Don Draper, and fearing their latest iteration seems unnecessarily superstitious.

But the truth is, it was different then (in the pre-apocalypse).

Then, we had reality to show us the difference between real life and the one that plays out on Instagram. We had friends and family and strangers in the grocery store line to remind us that not everyone who sees things differently than me politically is an evil moron!

Then, social media supplemented reality. Now, I worry it has supplanted it.

It’s painful to admit, but as I look back on 2020 I have to wonder — have I been miserable because my reality was bad, or because I wasn’t living in reality?

At some point (I think July? I was watching Derry Girls) my actual vision started to go. I began experiencing daily, debilitating headaches from eye strain.

Every 20 minutes, go remember there is life outside that computer.

I’ve started setting timers on my watch, standing dutifully to gaze at nothing outside my window, like a lunatic. Some days it’s too sunny to look out, so I’ll stand in the corner of our bedroom (also my office), open the door to the bathroom, and stare into its furthest corner. I think it’s 20 feet? I hope? It’s the closest I’ve got, and so it must do.

At this point I am laughing my sad laugh again, because would you ever in your pre-apocalypse life believe that all you would want for Christmas is to have something 20 feet away to look at?

An ocean. A musician. A movie screen. A mountain range from an airplane window. Some socially distant reminder that, as powerfully as my screens can make me feel, they do not replace a lived life.

So what do I do with all this? 2021 is around the corner and despite hopes for a viable vaccine on the way, the pandemic rages on.

I find myself facing my own social dilemma (still haven’t watched it, do I really have to?) — one in which I have now seen practically how damaging screens can be, and get to choose whether I want to do something about it.

Maybe I need to quit them completely. Maybe I just need to be a better toddler mom to myself and limit my screen time. But maybe coming to know the difference this year was enough.

Because I think it’s less that screens are inherently damaging and more that they are distorting. Somehow, losing all ability to do things IRL made it glaringly obvious that what I see on my glowing rectangles is not, and was never, real life.

So as much as I look forward to the day when I go back to living the way I used to, I am no longer interested in ejecting myself from reality.

I’ll still engage with screens, I'm sure. But I hope to view them more as works of fiction. As reflections of reality, consumed with an explicit understanding that their authors took some (or maybe a lot) of artistic license.

2020 was rough on my vision, but maybe it gave me some perspective after all. 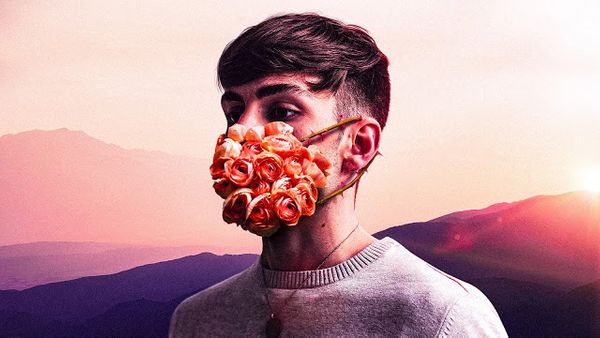 This piece was originally published by The Beehive. I was just about to leave work for the day when my husband called me. “Class has been canceled. They’re sending 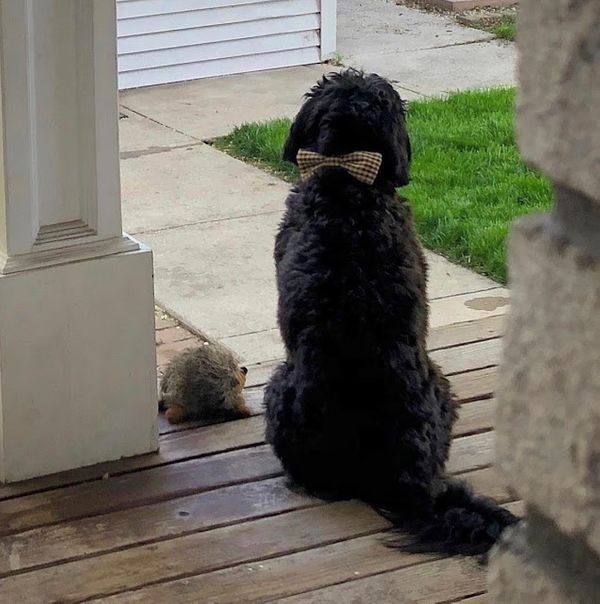 A couple years ago my friend Anna got Duncan a little stuffed animal hedgehog. She called it "Hedgy" and this quickly became Duncan's very favorite toy. My little man was