Our house is covered in pee. I know that's probably not literally true, but I still think it might be. As it turns out, 10-week old puppies are just constantly leaking. I'm told this will wear off. Either that or we'll get desensitized to smelling like urine. At this point I'm not sure I care which it is.

Skylar is scrubbing some dishes in the next room. The dogs are corralled in there with him. His whistling is occasionally interrupted by flustered shouting. "Will you please stop licking Duncan's butt?!" I heard him say a moment or two ago.

Dogs are disgusting. But then again, so are people.

A storm is starting just outside my window. Our drafty house that somehow manages to feel like a home, despite itself, is creaking a bit with the wind. A fire is running in our old brick fireplace. And I've just sat down to write my recap of 2021.

On January 5th, just days after I wrote last year's 2020 recap post, Skylar and I drove up into the mountains to stay a couple of nights in a treehouse converted into an Airbnb. The drive was terrifying. We were told not to even attempt it without four-wheel drive and tire chains. We wound up a steep icy road, snow banks taller than our car on both sides of us, escaping civilization into a wintery heaven, high above the rest of the world.

Once we arrived, we unpacked our snowshoes and cooking supplies and groceries and climbed the steps up to the treehouse. It was small and quaint and cozy and it was exactly the escape we felt we needed after the rough few months we had just had.

The next morning we turned on the tv and found every network covering an actual ongoing insurrection at the Capitol. I don't know that I'm ever going to be able to fully explain what it was like to watch that unfold. The only thing I can compare it to is how I felt on 9/11. Terror. Sadness. Grief. Confusion. We just watched, wondering how it would all end. It was so disgusting.

Eventually we went out to snowshoe through the mountains for a few hours. It just didn't seem like it made sense for us to keep watching it.

That night we stayed up late listening to senators give speeches, deep into the night. The normalcy and dignity coming from several of them was more comforting to me than I expected.

I sat on the couch with Skylar in that tiny treehouse, just holding his hand and taking it in and I realized something then that I've realized many times before—how fortunate I am to travel through this life with a companion that makes big problems seem small and small problems seem funny. I think I needed him for a very long time. Thank God I had him in 2021.

In 2021 I got Covid. I dropped food off for my parents who were both hospitalized simultaneously. I worried, a lot. I planted several new trees. And then replanted those same trees. Multiple times. I listened to my husband return home from graveyard shifts at 6:00 AM, walk into the kitchen, and then exhaustedly start eating crunchy cereal. I went house hunting. I got in trouble for tweeting. I got a puppy during a brain fog and without consulting with my spouse. I hunkered down in a quiet cottage in a Hawaiian jungle and read by the fire. I fell asleep on a bus in Dallas. I knitted a couple of sweaters. I officiated the weddings of my oldest sister and of one of my dearest friends. I got on the wrong train and ended up in Queens. I said some words at a friend's funeral.  I made some phone calls when I got bored during a marathon.

I simply lived on borrowed time during those early months of the Pandemic. I watched a lot of the world crumbling in 2020 and I often felt guilty that I was so insulated from most of it.

Then shit hit the fan in March of this year when both of my parents tested positive and my siblings and I spent the next month trying to keep them alive. It's amazing how tragedy happens even when you're busy. Skylar was working 12-hour graveyard shifts, sleeping most of the day, and trying to cram every other minute with studies. I was working a lot of hours myself. We were all so exhausted. And then, bam. We didn't have time for any of it because our parents needed help.

I really think the moment from 2021 I'm always going to remember most vividly was the Friday after my parents both got discharged from the hospital for the last time. Things were settling down. I had come home from a long day at work and had texted them to see how they were doing. After mom reassured me they were ok, "just tired," I went to take some ibuprofen. It must have been subconscious. Instead, I accidentally swallowed three melatonin pills. I slid down the wall, laughing and crying when I realized I had done it. I spent that evening curled up with Duncan and then dozing off to sleep. I wrote about this at the time. Sorry for the rerun.

I'm not sure I've ever truly felt like an adult, and maybe I never will. I'm suspecting more and more that's the secret of adulthood no one ever tells you. That you just fake it because the alternative is to act like a child. I know some people who opt for the alternative.

But, even if I'm not sure I ever truly feel like an adult, it does seem to me that adulthood is mostly just shrugging your shoulders when things don't go according to plan and then making a new plan that you aren't all that attached to because you've learned not to become too attached to plans.

Adulthood is learning to find joy in the quiet places you never had the wisdom to search when you were younger. Like in family and burritos.

When people ask me "what will you do if Skylar's residency is in another state," I just find myself throwing my hands up and saying "meh. We'll figure it out."

Maybe this is adulthood? Or maybe the Pandemic finally broke me a little. In a good way. I think this is me getting broken in a good way.

I have love, self-worth, and a growing collection of Snuggies.

What more could a 37-year-0ld smartass need?

Happy New Year to all of you. Please know I'm grateful for your kindness to me, your willingness to keep reading this bullshit no matter how many times I say "bullshit," (sorry, mother), and for being whoever you are. Unless you are rude. Please stop being rude. We're all too tired for that.

"We'll take a cup of kindness yet, for auld lang syne." 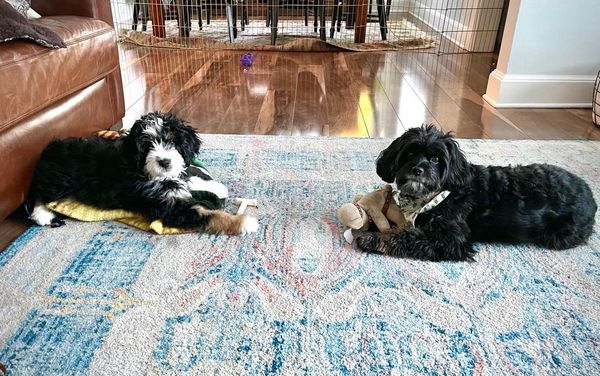 I'm not sure Louie is ever actually going to learn his real name. Not because he's dumb. This dog is not dumb. I wish he was a little dumber than 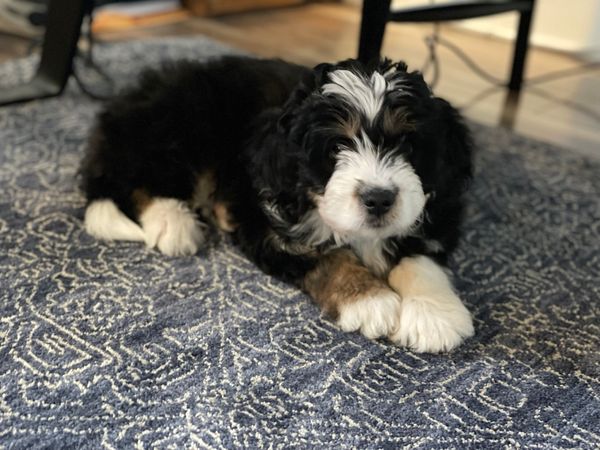 I knew I was in for a very inconvenient few weeks when I saw it get added to the calendar. "Fraxeling, Skylar." He instituted a strict calendar sharing arrangement a