Not a Gen Z post-Instagram VSCO girl, not yet a Gen X-Reality Bytes woman, I came of age when subprime lending was at its lendiness, folks collectively decided low-rise jeans were a good idea, and malls were still a place where people actually went to shop, eat in food courts, and bop around. But this isn’t a story about how malls, once the centerpiece of teenagehood, are now empty shells, and what that says about growing up a millennial. And this isn’t a story about being a millenial and what that says about growing up.

This is a ghost story.

I spent my elementary years up to high school graduation in Northern Kentucky, just to the south of Cincinnati in the Ohio River Valley. I had a friend who had a shirt made in high school that said “Northern Kentucky: Kinda like Kentucky, only better.” This false sense of superiority and a blending of Midwestern Rust Belt and Southern cultures led to some peculiarities particular to this part of the country.

For example, it was a great source of pride that, “Did you know, George Clooney went to Northern Kentucky University?” And Rabbit Hash, a little hamlet tucked into the Ohio River, (in)famously the center of the universe, elected a dog as its mayor. And there’s an unincorporated town in Boone County, where I called home for many years, called Sugar Tit. There’s more where that came from, but for now we’ll say the inappropriate names for real places in Northern Kentucky start at Sugar Tit and end at Beaver Lick.

Writers more distinguished than I have documented and described in great detail – and to great profit – some of the dynamics and cultural observations that make this area an interesting case study. However, I will be doing none of that dignified nonsense here. Like any good oral history, I’ll give this one to you for free, with probable embellishments and honest misremembering a given.

In 2004 I was tired of my mom volunteering me to babysit for spending money. Why get paid $5 an hour under the table for basically watching TV when I could be getting $8 an hour at a REAL PLACE LIKE A MALL, getting taxes taken out LIKE A REAL JOB, all for basically the same profit. I was 16, into alternative emo bands, and not about to be played.

I had a friend who worked at the Limited Too in the Florence Mall – famed for its “Florence Y’all” water tower – so I had a really good in with management. It would be like, totally easy, and her boss would definitely hire me because of the upcoming holiday retail season. So I asked my parents for my social security number, went to the Limited Too on the first floor of the mall, between Express and the Hallmark store, filed the proper paperwork, and there I was: the newest Limited Too sales team member in the Southeast region of the Express-Limited-Limited Too super-mega-uber mid-aughts conglomerate.

Limited Too was made for preteens. It sold baubles and headbands and those fake hair scrunchie things and shirts with catchphrases on them and declarations printed across one’s behind, like “Cute” or “Sweet” or “Sassy.” If Jojo Siwa were a store, it would be Limited Too. I do find it odd that according to research, A.K.A. a Google search I conducted just now, Jojo Siwa was born in 2003, just as Limited Too was waning in its dominance over the tween fashion market. The universe could only allow for one inexplicable, bedazzled peddler of giant bows to exist.

My retail training consisted of learning how to fold tiny clothes and hustle irresponsible credit cards to exhausted parents. When I was still in training, I was put on the schedule to close the store. One fateful night, this left me alone with the store manager.

It was, quite literally, a dark and stormy night. Sixteen-year-old me thought of this manager as an older gal. She was probably in her early thirties. Like I am currently. And that’s not even the spooky part.

She lowered her raspy menthol-smoking voice, “Have you heard strange noises in the back? I heard bumps in the night back by the baby backpacks and scrunchies just last week.” I, of course, told her no, I had not heard weird noises by the tiny backpacks. This was a mall. A respected institution. What was she getting at?
“When me and Crystal was closing last week, we heard noises. Crystal says she saw a ghost in the front of the store by the gate.”
“A ghost?”
“Yes, a ghost. There’s a ghost that haunts this Limited Too.”

I was pretty dumbfounded by this revelation. Mostly by the fact that a ghost would choose to haunt the Limited Too, of all places to possibly haunt. Imagine spending an eternal purgatory as a disembodied specter in a tween clothing store in a mall in Florence, Kentucky. I’m not sure how I responded to my manager in that moment, but I think it was one of those, “Wow, crazy,” kind of conversation fillers, ending with only the silence an empty mall can fill.

I left my shift with more questions than answers. My biggest question being: How can I get out of this job? It wasn’t the ghost story that scared me, it was the prospect of spending so much time in a Limited Too that I could become acquainted with the ghosts there.

You may be wondering, What if she was trying to scare the new girl? Haze by ghost. I don’t think so. There was an earnestness in her voice that sticks with me, unlike almost any other detail of the story, which may be the only important detail of the story.

I walked out of that Limited Too for the last time a couple months later. And then a couple years after that my family moved away. I don’t know what happened to the manager and the ghosts. Did they come back? Did they wreak havoc or were they friendly? Did they try on the sparkly sweatshirts?

I’ve told this story many times as a silly anecdote about where I grew up. The punchline is the thing about ghosts haunting a Limited Too. That’s where it ends. It’s just a funny story. It did really well at BYU where I made Kentucky sound exactly as Western folk imagine it to be. And the farther away I get from the place that raised me, the taller the tale gets in my head.

In some of my favorite ghost stories the ghosts are there to serve a singular purpose. To relay a message or provide short-term comfort or guidance, and that’s the twist in the suspenseful ghost stories I like because there’s a simple kind of resolution. The idea of a ghost that haunted the Limited Too at the Florence Mall has been just that for me – a funny little thought that comes in and out of my mind and reminds me of a time and place I don’t often visit in my memories. One of those, “Oh yeah, I remember that,” kind of things.

We’re smack dab in the middle of a time where nostalgia is as powerful as you want it to be, as real as ghosts are for the people who do or don’t believe in them.  Nostalgia can make you happy, make you scared, make you think “Oh yeah, I remember that.” It can make you laugh to yourself when you think of that damned Limited Too ghost when you were 16 and getting boobs and crying through trying on low-rise jeans in front of your mom in sweaty dressing rooms. We all got our ghosts. 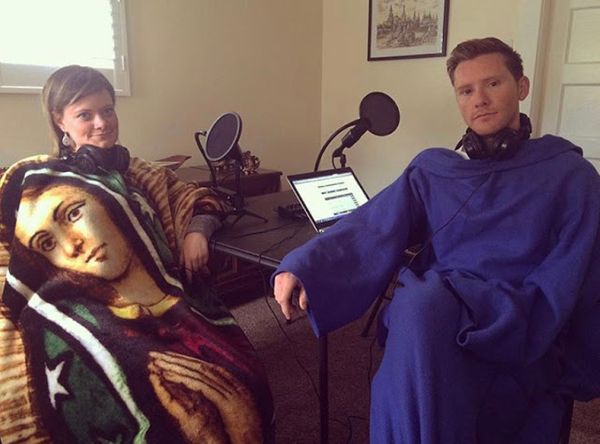 We woke up to a snowstorm this morning, which is Skylar's actual vision of heaven. Mine: I'm greeted by a woman making flour tortillas. We become best friends. We travel 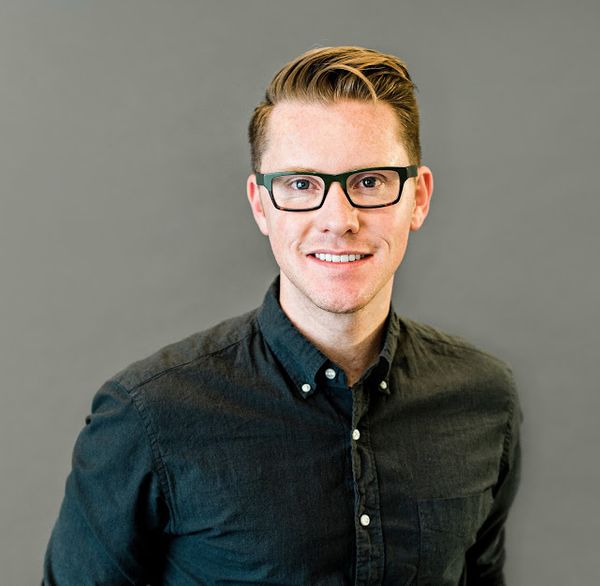 Look. Do I need glasses? No, I do not. Do I want them? Obviously I do, because they are cute and trendy and I think they make me look smart.