We're dogsitting a new dog so naturally Duncan is being very clingy.

This animal I birthed does not care for change. (I would tell you the full graphic birthing story I came up with, which includes a description of the "pup-gina" but Skylar almost divorced me last year when he overheard me telling Duncan how he came into my life and then demanded I never speak of it again.)

Duncan normally only deigns to allow me and Skylar to touch him when he's in a certain mood or backed into a corner. If we try to walk towards him to pet him, he runs away from us. It's not that he doesn't love us. We know he does. He snuggles up to us frequently and follows us around the house. He just doesn't want to be touched by us unless it's on his terms.

Then my dear friend Kathleen dropped off her baby boy Jefferson:

and suddenly Duncan became a dog who wanted to be held and caressed all day long. He would look down at Jefferson from my lap in this "what? My dad and I are always this close" kind of way.

The jealousy and territorial behavior is adorable, even if just instinctual once I strip out the anthropomorphizing. At least, I think it's adorable. Maybe it's sad. I never know when we're supposed to be sad for these creatures who are provided an endless supply of toys, food, and attention for the entirety of their lives without a single return obligation.

I wish I could explain some things to him. I try, but even I know he's not catching the complex concepts.

"Jefferson is a good boy and he just misses his mommy," I explained to Duncan as he sat on my leg, his two front paws perched on my desk like he was helping me review a contract on my laptop for work. "He'll only be here for a few days and I want you to help him feel at home," I continued, sincerely giving him this lecture for his benefit and not mine.

After a while I heard what I was doing and laughed to myself. Obviously this dog doesn't understand me. He just sees an animal in his home he doesn't yet know and he's feeling threatened or something. He'll get used to it and they'll be playing by tomorrow.

Dogs are dumb, reactive creatures who aren't really giving any thought to why they are so possessive and insecure.

I called Skylar to tell him this, but he didn't answer because he was in the middle of a very long shift at the hospital. I started to text him instead, but then realized I probably didn't need to bother him with this.

Then I put my phone down and sighed a little at the fact that my husband loves medical school more than he loves me.

This time in Strangerville, Meg and Eli went on a hot date that ended in disaster, a playground brawl, and some other punching. Story Nose Bleed, by Eli McCann (music by PC-One) Production by Eli McCann & Meg Walter https://traffic.libsyn.com/secure/ 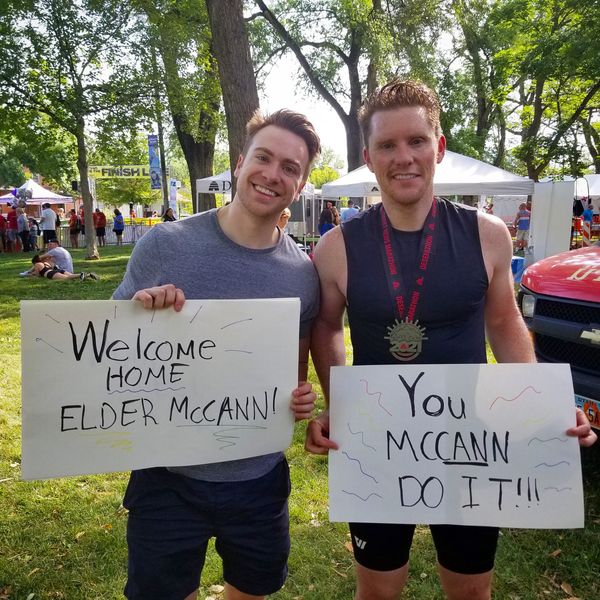 They shuttle you to the tippiest top of the toppiest mountain at negative eleventy in the morning for the Pioneer Day marathon. I was already in shock before the alarm