My junior year of high school I took AP Language and Composition, a sort of writing and rhetoric course. Unlike any other of my classes, it was transformative in that we read On Writing by Stephen King and I realized I could be an editor, which I am now, and because we studied a unit on Appalachia.

I grew up in Northern Kentucky, a tristate area that encompasses southern Indiana and the Cincinnati metro area. We lived on the southern end, where rural Kentucky meets the suburbs. We were 20 minutes from Cincinnati, and less than five minutes from acres and acres of horse and tobacco farms. It’s what J.D. Vance describes in Hillbilly Elegy — many families rooted in Eastern Kentucky’s Appalachia migrated to the Rust Belt in the mid century.

I learned about staggering adult literacy rates in Eastern Kentucky and how in 1989 they hovered around 48 percent; and how in 1967 a Canadian filmmaker, Hugh O’Conner, came to Appalachia to document those living in poverty and was shot and killed by a property owner who was offended by the criticism of outsiders. I learned about the decline of coal mining and what’s a holler, and specifically about Butcher Holler, the little valley where country singer Loretta Lynn was born and raised.

My mom grew up in Nashville but never listened to country music; maybe she was hiding from the oversaturation of the 1970s’ “Rhinestone Cowboy” era there. As a kid I listened on the radio to the country crossover queens like Shania Twain, LeAnn Rimes, the [Dixie] Chicks, Deana Carter — “Strawberry Wine” was a confusing, yet impactful hit — Lee Ann Womack, Faith Hill, and Martina McBride.

There was something in their voices that connected to even an eleven-year-old kid. I sang (yelled) “That Don’t Impress Me Much,” “Cowboy Take Me Away,” and “I Hope You Dance” at the top of my little lungs in the car, in my room, with my sister and friends. But it wasn’t until I learned about Loretta Lynn that something was planted inside me that I haven’t been able to root out since. We watched her biopic, Coal Miner’s Daughter, in my class and I became obsessed.

Loretta Lynn was born in the mountains of Johnson County, Kentucky in 1932. Her father was a coal miner who eventually died from black lung disease, and when she was just 15 she married — yes, married — Doolittle Lynn, a former moonshiner who was just coming back from World War II. He was 21 and they had known each other only a month. A year later they had moved to Washington State, and by the time she was 17 they had three children; they would eventually have six.

When Loretta was 21, “Doo” bought her a guitar and she started to perform at local venues and on local radio. She was discovered with her first hit, “I’m a Honky Tonk Girl,” and they moved to Nashville in the early 1960s. Doo was an alcoholic, oftentimes abusive, and almost always cheating, but they remained together until Doolittle’s death in 1996. Other songs that made her as famous as she was infamous were about physically fighting women who would come for her man in “Fist City,” birth control in 1975’s “The Pill,” and stigmas of divorced women in “Rated X.”

Thanks to Limewire, I downloaded and burned every Loretta Lynn song I could find, which brought me to Patsy Cline and Dolly Parton and Emmylou Harris and Joan Baez and Tanya Tucker. In 2004, Loretta released an album with Jack White, Van Lear Rose, that continues to tear my heart out every time I listen to it.

As is the old country music trope, the songs are mostly sad. As a person with a propensity toward realism, the frankness of their situations and the inherent sadness, all wrapped up with a slide guitar, gave me an opening for being frank about my own weird feelings. With adolescent hormones and life changes coming fast and hard, Loretta’s big sadnesses gave me a space for my new, awkward ones.

Country music began with Scottish and Irish immigrants who came to Appalachia with their fiddles and sad ballads; from Black Americans came their banjos and blues. There’s a real sadness that is hard to separate from much of country music, and women are so often able to surface and vocalize sorrow in a way that is inextricable from their lives, completely separate from men. Women lose themselves every month, they lose babies and jobs and money at the expense of simply being themselves — and that’s sad.

Loretta’s life could have become an inconsequential tragedy without the miraculous serendipity that made her an icon. Learning about Appalachia and Loretta Lynn touched me with such proximity because of the 180 miles that separated me and Butcher Holler — I was a “Blue Kentucky Girl” too — but also because of her almost reckless commitment to authenticity. Her records were banned for being about the issues that most affected women, like loss of teenage virginity, divorce, and unplanned pregnancy. For high-school me about to go to college across the country, her commitment to self washed over me, even when I didn’t yet have the confidence to live up to it.

In this year’s WNYC podcast series, “Dolly Parton’s America,” Jad Abumrad interviewed Dolly herself and examined her impact. My husband and I listened to the series on our cross-country drive in March, at the very beginning of the pandemic, when we were escaping our cramped city life to go live with my parents for more space in the suburbs of Nashville.

With so much uncertainty and road ahead of us, I cried and basked in Dolly’s realism and faith. I really needed her then, just like I did when I was 17, and then again at 20 when I was so lost my first two years of college. After the 2016 election when I was so angry and hurt, Loretta’s righteous anger was a fire and balm. At moments in my life where I’ve been spinning and looking for a spot point, I’ve clung to the women of country music as my spiritual godmothers, perfect in their imperfection and faithfulness to God and self. I don’t even mean to; my heart just goes there because it’s accustomed to that place.

Dolly Parton said: “Find out who you are and do it on purpose.” There’s an artery of authenticity that runs throughout the women of country music that can be sustaining for those who are willing to listen. Country music isn’t cool, and its women don’t try to be. I’ve mostly listened to my country godmothers alone or only with those closest to me, like praying. But their shininess, overtness, and twang aren’t a barrier to entry — only an invitation to come as you are, just as they do.

This summer I listened to Loretta and Dolly in the car, in the house, and all the time with my kids — “She’s a sparrow when she’s broken, but she’s an eagle when she flies.” We cried at the top of our little lungs to Kacey Musgraves’ “Rainbow,” our pandemic anthem. I’ve played The Highwomen’s “Crowded Table” and “Redesigning Women” over and over. The Trio album was on repeat where Dolly, Emmylou Harris, and Linda Ronstadt’s perfect harmonies were as healing as the sun. Recently we let my six-year-old stay up to watch the Linda Ronstadt documentary, The Sound of My Voice, and when it got to the part about Trio she said, “There’s Dolly! I’d recognize that voice anywhere.”

As cute and precocious that is, she feels it too. I’d recognize my compass voices anywhere. Through growing pains, feminist awakenings, childbirth and child-rearing, my women of country music have anchored me. I’ve entered that phase of parenting and adulthood where I basically shuffle through about my 100 favorite songs on a couple Spotify playlists. My parents shuffled through their own comfort artists — Earth, Wind & Fire and Roberta Flack for my mom and Led Zeppelin and for my dad. But my musical homeland has fiddles, banjos, and slide guitars. There’s glitter and rhinestones and big ole’ hair and big ole’ boobs.

It has the colors of Kentucky’s misty rolling hills and horse farm fences that took me to school when I sang along with Loretta about the Van Lear coal mines. It has the pink sunset mountains of Utah Valley that reminded me of Dolly’s “Tennessee Mountain Home.” It feels warm in the sun like driving to the Women’s March in January 2017 with Tanya Tucker’s “Delta Dawn” playing on the radio. It has the smell of a quarantine summer in a dark car on a long drive with my daughters asking to listen to “Jolene” again.

With just a few weeks of this exhausting year left, I don’t have the capacity for too much reflection, but I have the energy to listen to the songs sung by the women of country music, about their sadnesses and loves, about misbehaving, about growing up and growing old. Somewhere in there I imagine I’ll find bits of myself and this year, and there’s comfort in that.

This year’s been one sad song, but those make the best kinds of country records.

You can listen to L.R. Encinas' Godmothers of Country Music Spotify Playlist HERE. 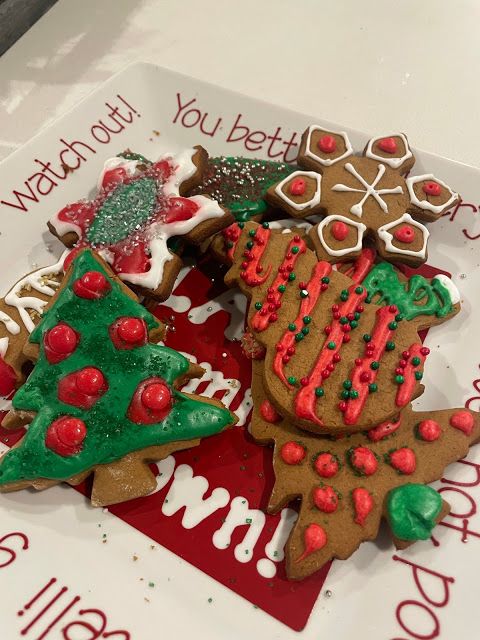 Just a few days ago Skylar and I decorated gingerbread cookies. With sweat at my brow, I mixed and rolled the dough and then I carefully baked them with love. 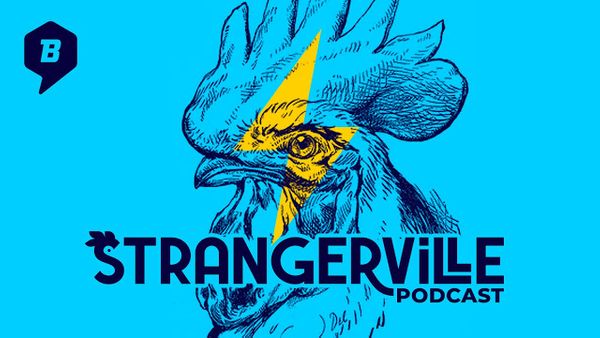 Look. You know me. You've been reading this site since you were mumble mumble years old. Since back before the war. Since the days of Blockbuster and Myspace. You used