Skylar climbed into the car, half naked, and said "I'll just get ready on the way."

It was so casual, the way he said it. Like this was an obvious and sensible choice.

"How long does it take to put on a shirt?" I asked him. "Are you really saving time here?"

He began brushing his hair and putting on deodorant. Then he pulled some socks out of a bag.

I don't know why I was surprised, really. But it did seem ironic since I had been hounded thirty minutes before this. "Why aren't you getting ready yet???" he had hissed at me. "We're leaving for this party in half an hour!"

"It only takes me like five minutes," I reminded him from the couch where I lay scrolling through Twitter.

I'm not sure why I'm so much faster than he is, but I suspect it has something to do with the difference in our standards. He thinks clothes should be ironed, for example. It's amazing how much time you save when you decide to no longer care about wrinkles.

"Is my life actually going to be impacted in any meaningful way just because this shirt looks like it was fished out of a laundry basket?"

"It was fished out of a laundry basket."

He responded with a sigh as he steamed a pair of pants draped over a hanger.

I turned a corner as I reminded Skylar that we were only one minute away from our destination. "I'd really rather that we don't pull up to this thing with you half naked."

"I'm sure they won't notice because they'll be too distracted by the food on your lip. Is that chocolate???"

I used the rearview mirror to clean myself up as we pulled into a parking spot. Skylar was buttoning the last button on his shirt just then.

Having to look presentable is so 2019.

This time in Strangerville, a woman does not think skeletons are funny, a family watches their house burn down, and Meg does not approve of her children’s Halloween costumes. 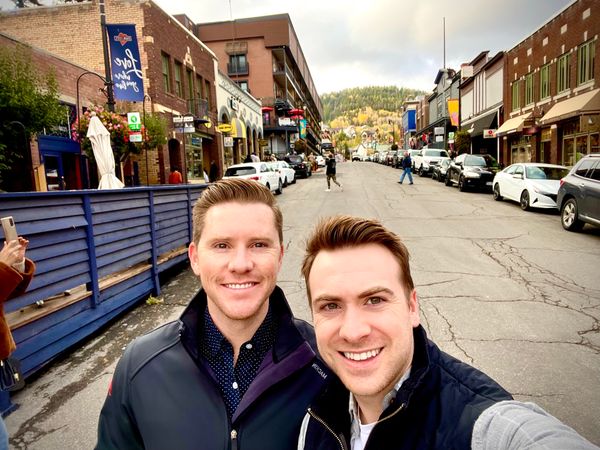 "We really should bring Duncan. He hardly ever gets to take a vacation and he could use one considering how hard he works." Skylar was referring to our fall trip

This time in Strangerville, a woman does not think skeletons are funny, a family watches their house burn down, and Meg does not approve of her children’s Halloween costumes. Story Fire, by Tiffany Wacaser (music by Gillicuddy [https://freemusicarchive.org/music/gillicuddy/Plays_