"I'm done!" he announced, in the tone of a car letting all of the air out of a tire before heading on vacation. "What a relief!"

Ten minutes later I found him in the next room over, glued to a computer screen and with a look on his face that suggested he was not engaged in mindless interneting.

"What are you doing?" I accused more than asked him.

"I've got so much homework to do for my masters."

Friends. When I tell you I almost packed all of my bags and moved into a convent in that moment, you must believe me. My hills were alive and I was ready to move on to a new life and figure out how to solve a problem like Maria.

Truth be told, I was vaguely aware of some sort of masters program. He told me about this three years ago. He had talked to someone at the school and had expressed interest in receiving a masters in something something clinical investigation something or other. I was only kind of listening because TV was happening.

I know he told me about this and I know we talked about it a couple of times thereafter. But I really hadn't heard about any such thing in a while and I think my brain just kind of assumed that, oh, I don't know, medical school was enough without adding coursework and other degrees to it and that whole masters thing just wasn't really happening anymore?

Well, apparently it is still happening. And my husband, the man who swore in front of all of heaven earth to spend every second of his existence staring into my soul and focusing on nothing other than my needs, is actively and frantically using the 12 seconds of free time he has scraped out of some law of physics to take eleventy hundred graduate level courses that are not even a part of his medical degree.

I don't know how what he has done is even humanly possible anymore. I can't comprehend it. And it's not like he's stretching himself so thin that he's performing mediocrely at one hundred pursuits at once. That's my thing!

He's doing exceptionally well at all of it. He's getting the highest possible grades and evaluations at everything. And all it's costing him is a massive nervous breakdown and severely decreased life expectancy!

Truth be told, I'm proud of that dumb idiot who refuses to take a break. Yes, I won't miss most of this if it ever ends. I certainly wish he could relax for his own sake. But Skylar just finished an extremely difficult year of school, and I know he doesn't care for how much I brag about him, but I can't help myself. I love the hell out of him. I'm in awe of him and wish to be more like him in many many ways.

And if I ever see him in person again, I'll be sure to tell him.

This time in Strangerville, Meg might have a gambling addiction, Eli tried to charm a very mean woman at a bank once, and a woman has a wild experience trying to introduce her polite husband to her very lively family. Story: Attic, by Renae 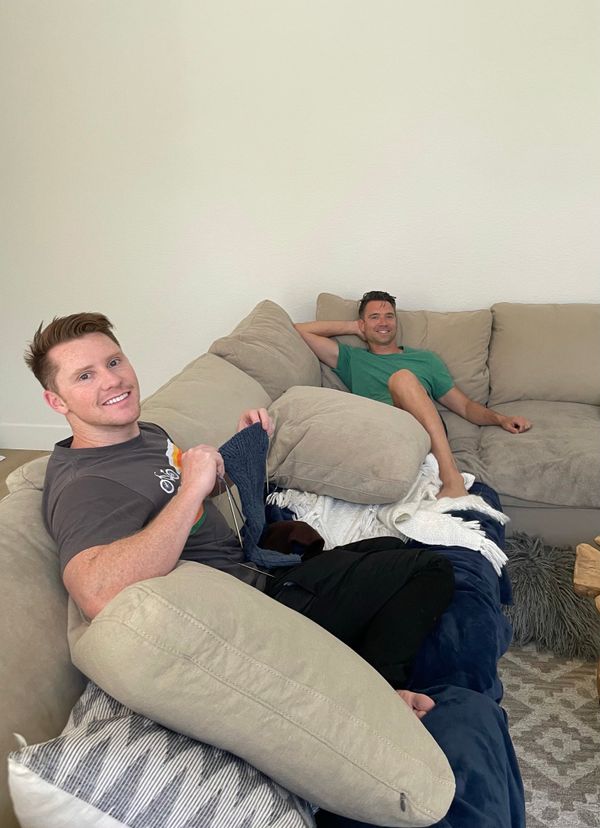 I told you a while ago that my dragon slayer started torturing me around February with birthday threats. Skylar's track record on birthday surprises: they are the most amazingly thoughtful