"You are the epitome of a Mormon grandma," Skylar said to me last night while scrolling through something on his phone. He wasn't even looking at me. Wholly distracted to the point that I still don't know whether he heard himself say it.

Outrageous, I thought to myself. What was he talking about? Me, a homoSEXUAL heathen man of a certain young age, a Mormon grandma?

"That's completely untrue!" I shouted at him. I even set my knitting project down to give this disagreement my undivided attention. My glasses were at the end of my nose (easier to watch TV and glance down at the knits this way) and I glared at him over the top of the lenses, adjusting my cardigan (it was a rainy day and I didn't want to catch a cold) as I protested his inaccurate observations.

He began to respond but just then the timer I had set for 12 minutes had gone off so I gently squeezed his foot, which was pressed up against me on the couch, in an unspoken tender instruction to pause his thought so I could go remove five quarts of spaghetti sauce from my steam canner.

It really is a good recipe and the price of roma tomatoes at the farmers' market simply couldn't be beat. Believe me. I know. I've called around to all of my favorite garden vendors each weekday morning to find out their price-per-pound.

The recipe was passed down to me from my mother and it makes a dozen jars of the stuff—perfect for feeding a large family. These kids are still growing, after all! It's important to make sure they're fed! My nieces and nephews come to my house from time to time and I never believe them when they tell me they're full! No sir! I place a Thanksgiving feast in front of them and demand they eat it all while siding with them over their parents as I force them to recount their latest familial dispute.

I placed the hot jars onto the counter and deposited the next batch into the canner. That was when I noticed that our bread box was nearly empty.

"What are you doing?" Skylar had come looking for me because I had been gone for longer than he expected. "Why are you kneading dough right now?"

"Oh, I guess you think that bread box fills itself!" I accused more than said to him.

Nonetheless, he had a point. It was getting a bit late and I'd need to be up early to water the tomatoes in the yard and adjust the aluminum sign I had hanging on the fence that says "The Garden." Oh, it's such a cute sign! You would love it!

"Oh alright then. Let's go to bed. I can finish that episode of Murder She Wrote tomorrow," I explained to him.

And then I brushed my teeth and applied my eye cream.

Skylar placed a glass of water on my nightstand as I changed into my pajamas—full length pants, socks, and a button-up t-shirt. "In case your heartburn acts up in the middle of the night," he said, pointing to the water. It was thoughtful and astute. We had, after-all, eaten a homemade pizza from dinner using a tomato sauce I had whipped up from our own garden—oh, you would have loved it!

And then we turned off the lights.

"I really don't know where you get off telling me I'm the epitome of a Mormon grandma," I whispered at Skylar.

"Sorry, honey. I don't know what I was thinking," he whispered back at me as he pulled the quilt I recently bought at just the cutest antique shop up to his neck.

This time in Strangerville, Meg saw some Disney gays, Eli is a mean old man who doesn’t go to his cousins’ weddings, and a New York transplant navigates the confusing world of gay dating apps. Story Dating Apps, by David (music by PC-One) 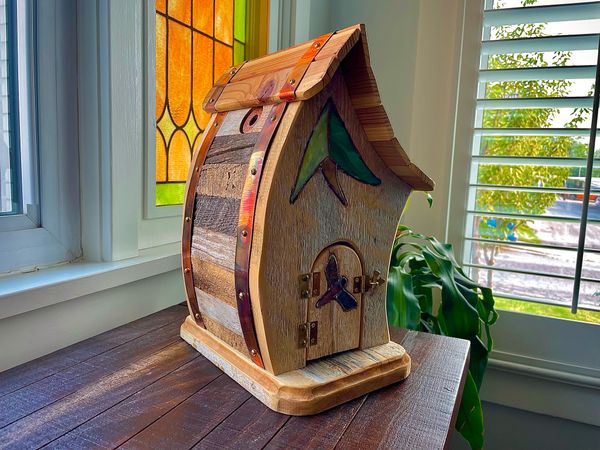 I've married an absolute con-artist. There were signs, I guess. I can't fully claim I could have never known. While we were dating he repeatedly told me he would "pack