I forgot this is supposed to be a cooking blog and I haven't given you a new recipe for a while. Here's my mom's minestrone soup recipe, which I've been making lately because we're healthy bitches now.

Ingredients (This makes enough for two people to eat for every meal for like four days, or until my husband screams "I can't do this anymore!" and then pours it into the garbage, because he's wasteful.):

One Pound of Ground Turkey

Crushed Tomatoes—15 oz can? I guess?

Kidney Beans—like a cup or so?

Barley—probably a cup. Or half. What even is barley?

Green Beans—Like, a handful or something

1. Chop up the carrots, onion, and celery and then pose them for a cute photo op.

Pro tip: Get the bag of colorful carrots because they look prettier and some of them are purple. Why are they purple? I don't know. Are these carrots from Chernobyl? Probably. But is that really all that dangerous? I lived right next to Chernobyl for two years and it only made me gay and high-strung, which, yeah, means I can't sit still during movies, but on the other hand, I have great taste in kitchen backsplashes and interior lighting.

2. Cook the carrots, onion, celery, and a shit ton of garlic in a little oil on medium in a dutch oven until they "sweat." No, I don't know what "sweat" means and I don't care for that word being used to describe my food.

Pro tip: throw in other spices at random and without measuring. Measuring ingredients is for people who lack imagination and don't have friends. It doesn't matter what spices you include. All spices taste the exact same. The spice industry is a scam. The important thing is people will think you're a great cook if they see you fishing something specific out of a spice cabinet and liberally dumping it into a pot.

3. Put the kidney beans in a pot of water, bring to a boil for a few minutes, and then let them sit in the water on simmer for like an hour or something. It takes a very long time to get kidney beans to soften. It's not worth it, guys.

Pro tip: Just get canned kidney beans and pretend you did this the hard way. Are you worried Paul Hollywood is going to come judge your food? Exactly. No one you're going to be feeding this to will know the difference. Everyone you know is too basic for that.

4. Soak the barley. This seems unnecessary to me, but just do it anyway.

Pro tip: This is totally unrelated to the recipe, but this morning I pulled up to a four-way stop at the same time as three other cars and we all just sat there staring at one another for like 15 seconds.

5. Once the vegetables are sweating or whatever, add the ground turkey.

Pro tip: no matter what you do, ground turkey does not photograph well. This must be what it feels like to have ugly children.

6. Once the ground turkey looks like it's probably cooked and won't kill anyone, add the beef stock and bring to a soft boil; then add the bullion cubes.

Pro tip: Literally no one knows what bullion cubes are made of. They were discovered in 1857 in the Carpathians by a man named Fillmore Bullion the Third and science can't explain them. They're kind of like helium. There is a limited supply and once we run out, that's it. So don't be wasteful, guys.

7. Chop up the Basil and throw it into the pot.

Pro tip: Does basil really taste like anything? Sometimes I think it might taste like body odor. Is that weird? Is there something wrong with me?

8. Chop up the green beans and add them to the pot.

Pro tip: At this point my husband might come home from work, walk into the kitchen, look at the mess, and then shout "AGAIN?! I just threw out the last batch!!! And why are you wearing a onesie!? It doesn't even fit you!"

9. Add the crushed tomatoes to the pot.

Pro tip: keep all of the mountain of covid medications you've been taking for the past 10 days out on the kitchen counter to help your husband remember that you're sick whenever he walks through the room. This is a good way to keep the attention on you and remind him that you "really can't help with chores around the house right now."

10. Add the kidney beans and barley to the pot and simmer for like an hour or something. Add some salt, too. I don't know how much. I don't have a picture of this so here's a thirst trap of my husband in the desert last year.

That's pretty much it. Serve it with bread. Or don't. I don't know. I just work here.

This time in Strangerville, Eli wants to be pregnant so he can tell Meg it’s really not that bad, Meg is getting the booster shot, and the story of one town that became gripped by a 1925 trial over evolution. Story The Scopes 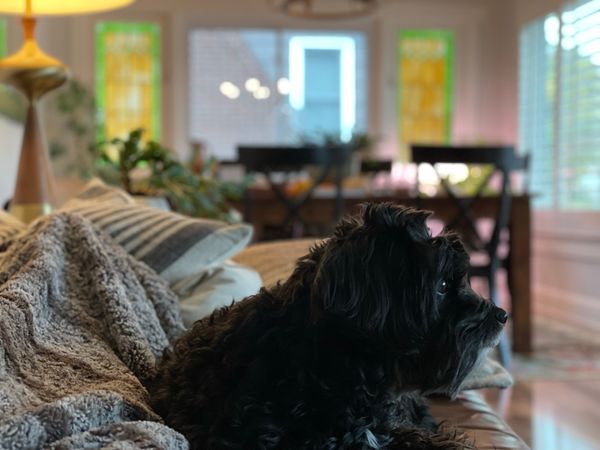 Almost the exact moment I published my last update on Stranger last Thursday, mere seconds after I typed the words at you "I haven't lost taste or smell at all,