I'm not sure why we create media around sexing up the profession of physicians. This is not a sexy job. I'm sorry to dismantle the decades of brainwashing you've allowed General Hospital and Grey's Anatomy to inflict on you, but someone needs to give you this reality check.

When Skylar decided to go to medical school I immediately imagined my very own Dr. McDreamy in skin-tight black scrubs, a polite but firm perpetual five-o'-clock shadow taking up residence around his chiseled chin and jaw, briskly walking through a pristine hospital hallway confidentially shouting orders at the staff that worships him.

Then he started doing his rotations.

And he started coming home in clothes like these, stained with the sins of the world:

And listen. This isn't a hit piece on Skylar what's his name. Skylar is the hottest man who has ever manned. He has never met a living organism that didn't immediately want to have his babies. His eyebrows and abs have literally done more to resolve the conflict in the Middle East than the United Nations and Oprah combined.

And so, If Skylar whoseitwhatsit, The Universe's Most Attractive Man Ten Years In A Row, can't make being a doctor look sexy, then this is just straight up not a sexy profession.

He spends his day having bodily fluids sprayed at him.

He rips flesh off of human bodies using knives and saws.

He deals with poop.

He has sexy scrubs. Nice fitted black ones. They're very cute. And so when he came home from a long day, the one pictured above, and I asked him why he would choose to wear, well, that, when there are obviously better options he said "I just spent my day helping a team hack through a human body. Do you think I'm going to wear cute clothes to that?"

I told him to stop and never say those words in that order at me again.

He's on a surgery rotation now and I'm incapable of hearing the details of his day.

"We did the most graphic and terrifying surgery I could have ever imagined today," he told me last night.

"Not one more word, darling. I will divorce you if you give me any more detail than that."

I feel a little guilty that I can't show up for him right now in that way. But it's not like there are many opportunities to shut him down anyhow. I hardly see him these days. He leaves the house at 5:00 AM. He gets back at 7:oo PM. Immediately upon arriving home he takes his place on the couch or floor, wearing his noise-canceling headphones that I believe may actually be a part of his anatomy now.

He studies, trying not to pass out from fatigue, until 9:00 when he decides he better go to bed because he'll have to do it all again in just a few hours. He wanders to the basement where he'll sleep—an effort to avoid waking me at 4:30.

His eyes are bloodshot and I can see his shoulders slumped as he walks away to get some rest so he can keep trying to figure out how to become a physician.

And none of it is sexy.

This time in Strangerville, Meg and Eli are now at a point in their lives when the gifts that make them cry the biggest tears of joy are wooden spoons and snow blowers. And a woman recounts her wild journey that started with an adoption and ended with a secret.

To Be A Secret, by Kelsey music by Gillicuddy 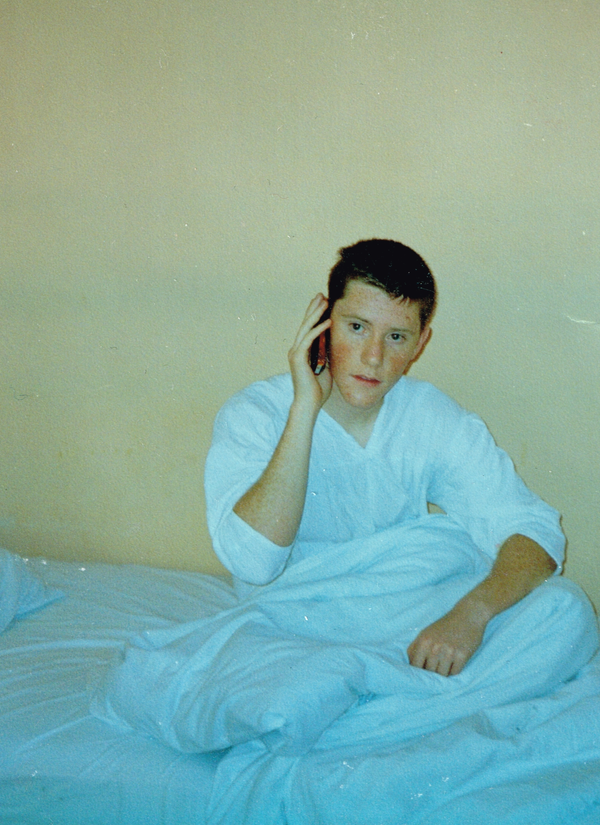 This time in Strangerville, Meg and Eli are now at a point in their lives when the gifts that make them cry the biggest tears of joy are wooden spoons and snow blowers. And a woman recounts her wild journey that started with an