A few months ago the BBC reached out to me and said they had found my Ukrainian appendectomy story on Strangerville and they wondered if they could feature it in a podcast/radio segment and also publish a short article about it. Obviously I was thrilled with this because it is my life's quest to be knighted by the Queen and I'll take any British exposure offered to me if I think it might get me on her radar.

I mostly want to be knighted because I've decided that means you get to request an audience with the Queen and I've always wanted to say that I had an audience with the Queen. Recently Skylar and I walked through an absurd giant pioneer house that is 600 times larger than we would ever want in a home but I almost sold all my organs to buy it when Sky pointed out that it included a grand room that looked like where the Prime Minister and Queen Elizabeth have their weekly meetings in The Crown.

The house hunting is a weird new development in our lives. We have no interest in moving right now. It would be silly for us to try. Skylar has less than negative zero time for anything. I am currently devoting all of my energy into just creating a stable home for him right now because I'm pretty sure an unseasonable rain storm would send him into a full nervous breakdown at the moment.

But he has started this very pointless habit of waking up every morning and looking through listings in our area to see pretty pictures of houses just as a way to wake up for the day.

We know we will eventually want to move. Our home is perfect for us right now but it won't really work well if we ever want to fill it with 100 children or cats or if we take up hoarding. So we've sort of had in our minds that maybe in a few years we'll start looking around town to see if an upgrade is in the cards.

Well the next thing I knew Skylar sent me the link to the giant absolutely haunted pioneer house (which we have since discovered was built by one of the daughters of Brigham Young) and he was like "lol could you even imagine?" Then we kept looking at the photos and eventually we called our friend Adam, who is a real estate agent, and I said "look. We obviously aren't buying this house because it costs 25 billion dollars and it's the size of the Titanic, but we really want to walk through it just for fun. So if you are busy, absolutely hang up on us. But if you want to hang out in this house with us for an hour--" Adam cut us off and said he was on his way because he wanted to see it, too.

So, yeah. We wandered this absolutely ridiculous place we would never in a million years buy, or so we thought, until Skylar reminded me I could totally have an audience with the Queen in one of the grand rooms where Brigham Young's daughter probably used to do yoga.

Long story short, we are of course not going to try to move right now and certainly not into the most impractical home in the great state of Utah, but I pull up the listing and look at the pictures 20 times a day and I'm wondering more and more if we should just go for it now that the BBC released the podcast and the article and the royal family is for sure trying to figure out how to get in contact with me today.

Especially since the article includes this incredibly flattering picture of me in a hospital gown.

This time in Strangerville, Meg and Eli are very bad at business. And a woman has a terrifying experience navigating a highway. Story: Manhole, by Laney Hawes (Music by Jackson F. Smith) Production by Eli McCann, Meg Walter, & The Beehive Join our Patreon 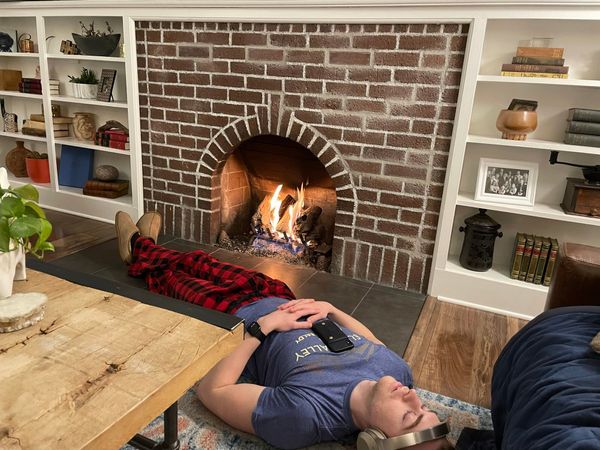 I'm not sure why we create media around sexing up the profession of physicians. This is not a sexy job. I'm sorry to dismantle the decades of brainwashing you've allowed