In light of recent events, and feeling somewhat helpless and sad, I thought I'd try to give a concise overview of the recent history to help anyone interested understand what is happening right now in Ukraine and why it is happening.

Ukraine gained its independence when the Soviet Union fell in 1991. The country is roughly the size of Texas, and it sits between Russia and Poland, in a lot of ways making it sort of a gateway between Russia and the rest of Europe. Ukraine is made up of both Ukrainian and Russian speakers, with the western cities speaking mostly Ukrainian and the eastern cities speaking mostly Russian. Kyiv, the capital, sits in the center of the country and includes a mix of both linguistic populations.

Through the 90s, Ukraine sought to stabilize its economy and find its identity, and by the early 2000s, the country, with popular support, was on its way to increasing its ties and connections to western Europe.  Putin had taken office in Russia in 2000, and, with an unrelenting goal to restore the Soviet Union to its supposed glory days, vehemently opposed any notion that Ukraine would look westward.

This all came to a head in November 2004 during a presidential election between a man name Victor Yushchenko, who was western leaning, and another man named Victor Yanukovich, who was backed (and controlled) by Putin. The election was fraught with problems. I lived in Ukraine during this time and it felt like we were watching a hyperbolic melodrama. At one point, Yushchenko was mysteriously poisoned. He survived, but his face was permanently destroyed.

Yushchenko was a wildly popular candidate who had a remarkable ability to inspire the population. I've never seen so much excitement for any political candidate in my life. It truly felt inevitable that he would win in a landslide.

And yet, Yanukovich was promptly declared the winner of the election. Immediate widespread reports of ubiquitous corruption and fraud, pushed and backed by Russia, surfaced. This surprised no one.

Immediately, around one million people swarmed the center square and surrounding streets of Kyiv to protest. They occupied the area in tents, through the most bitter part of the winter, for over two months. This was immediately dubbed "The Orange Revolution" (the color of Yushchenko's political party). It was peaceful, and inspiring.

I walked through the massive tent city, and through a few others in cities across western Ukraine. It was one of the most breathtaking and humbling things I've ever experienced. There was an energy in the air unlike anything I've ever seen in my life. People were cheering each other on as they passed one another in the streets. I don't know if I'll ever experience the sense of community, and on such a grand scale, like that again in my life.

Again, the Revolution was peaceful, and thanks to those protesters and some pressures from abroad, the election was held again. Yushchenko won in a landslide. Putin's plans were foiled.

Yushchenko's term was fraught with difficulties, opposition within his own party, and threats from Russia. He lasted only one term, and then was replaced in 2010 by his former opponent, Yanukovich.

Yanukovich went about doing Putin's bidding for a few years, much to the frustration of much of the population. This all came to a very dramatic head in November 2013 when he, per the wishes of Putin, rejected the Ukrainian-European Association Agreement, which would have secured closer economic connections between Ukraine and western Europe, ultimately paving the way for Ukraine to be fully integrated into the western world.

This decision led to large protests, again in the center of Kyiv, reminiscent of the Orange Revolution. But after two months of this, Yanukovich finally ordered police to attack the protesters. This, of course, has been an effective strategy in Russia for breaking up opposition. Unfortunately for Yanukovich and Putin, the two severely underestimated the resilience of the Ukrainian population.

Ukrainians immediately fought back, creating their own weapons and Molotov cocktails. They barricaded every entrance to the center of the city with furniture and vehicles, piled stories high. They fought, relentlessly, in the bitter cold, for weeks. They literally pulled cobblestone from their own historic streets to launch at opposing armed forces. Ukrainian Orthodox priests joined the civilian army and opened up their churches for refuge.

Yanukovich, in an effort to save his own life, finally fled in a helicopter to Russia, where he remains to this day. The government was toppled. A new administration took control. Putin's second attempt in 10 years to seize control of the country went worse than the first.

I visited Kyiv about two months after the fighting stopped. I will never forget walking passed the barricades into the charred center square where civilians were still camped out, cleaning up the mess, cooking food over fires, and singing together. There was no traffic—no businesses yet reopened. It didn't feel scary to be there. Instead, inspiring? Sad. I described it at the time as feeling like I was walking through a sacred space.

Simultaneous with the war in Kyiv, Putin began moving Russian armed forces into parts of far eastern Ukraine and a Ukrainian peninsula on the Black Sea, called Crimea. He denied having anything to do with this, claiming these are just pro-Russian separatists who happen to have an awful lot of Russian military equipment, acting on their own. Obviously the denial has always been laughable.

Ukraine has been fighting the war on the eastern front since 2014. This is no small war. Nearly 15,000 people have died defending the country.

I visited Ukraine in 2018 and traveled all across Kyiv and the western part of the country. Displays honoring the fallen soldiers dotted every city and could be seen in nearly every church.

This one, including a photo and quote from a child of a fallen soldier, reduced me to tears in L'viv.

The three-year-old's quote: "My daddy flew to heaven to be a star and sometimes he comes and visits us."

Ukrainians have held strong, defending against a much larger nation for eight years. Those of us watching the struggle closely have been waiting for the worst-case scenario we are now witnessing.

Putin has launched a full scale invasion. Bombs in the capital. Bombs in every major city. This morning I woke up to this message from a friend in far western Ukraine.

I met Alina when she was 5. She's in her early 20s now and is caring for her mother, whom I love dearly, as she fights stage 4 cancer. I used to sit with Alina and read her books while she taught me the Ukrainian words for various animals. Now she's waking up terrified because "almost every city got a fire."

I also received this message from Sasha, who was also 5 when we met. He's Alina's closest friend.

Maybe that's why I'm writing all of this now. His plea that we talk "about all of this situation." What else can I do?

What I do know is I love the people of Ukraine down to my core. I feel so much ache today—an ache I don't think I'll ever really be able to explain. I'm typing this through tears that won't seem to stop. It's all so senseless. So stupid. So selfish.

I've taken many friends to Ukraine in the last 20 years. Routinely, they comment how special the people seem. How warm. There's just a light in these people's faces. An innocence. I don't say that in a patronizing way, but more from a place of admiration. I've spent 20 years trying to figure out how to be more like them.

This is not a war Putin can win. You can't govern a country of 44 million people who are hellbent on keeping you from governing them. These are people who will burn their own country to the ground before they succumb to the evil invading them. It's devastating that this terrible man does not seem to understand that. This is a war where no one will win.

So, I don't know. Pray if you're the praying type. Donate if you can. Speak up and support these beautiful people who are now entering some of what will surely be their darkest hours. 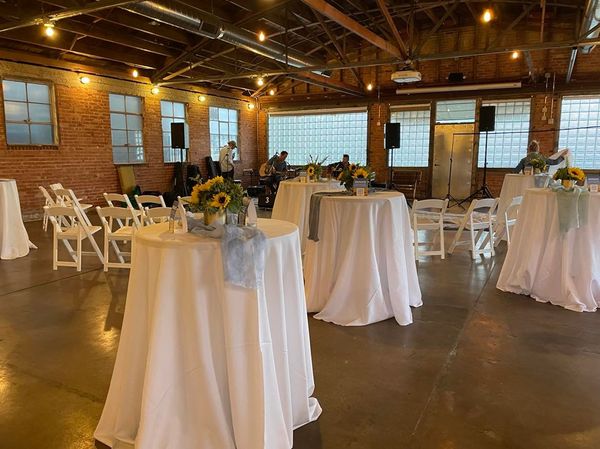 If you follow me on any social media, you might be aware that I've been The Most Sad And Tired Man In The United States Of God Bless America for

We're releasing this episode early because it covers topics that we felt like shouldn't wait, including Eli's thoughts on the current crisis in Ukraine. Also, an interview with another Alphacon survivor. Story Alphacon 2, by Bryan Mansfield