When I bought my house in the Year of Your Lord XXKIV, there were exactly zero trees anywhere on the property. I was confused by this because my house was built just after the Magna Carta was printed on sea shells or whatever they were using back then, and so One might expect to find an ancient forest on this plot of mountain desert land by this point in human history.

"Oh, the former occupant was a woman in her 90s and she moved into that house in 1950," the next door neighbors told me. "She hated trees."

Who hates trees? What an odd thing to hate.

Motorcycles? Sure. Suede? I can understand that.

But trees? That's so broad and moribund in a way I can't comprehend. Hate a particular tree—I think we all do. But not trees, generally.

My husband, Skylar of Sugarhouse, tried to get me to plant an apple tree five years ago. After his fervent persuasions fell on decidedly deaf ears he became angry with me for "not listening."

Eventually I took him to the home of a person we know who had apple trees in their backyard so he could see the mess for himself. It was like when those parents put their kids on Maury Povich in the 90s so an audience could watch videos of them visiting a prison and scaring them straight.

"Fine. No apple trees," he said as we drove away. "But we still need to plant something."

I was surprised with his tone. I had deposited into the Earth on which my bank lets me live six trees already. And this is not a large plot of land. Six trees almost felt excessive, like I was trying to cultivate the Forbidden Forest in my own backyard.

But this was insufficient for my Portland-born dragon slayer. And so, over the course of the next few years after he moved into my home and started breaking things, we planted yet another EIGHT trees. Ima help you with the math. We now have ELEVENTY trees on our not-all-that-big piece of urban property.

This has all been fine and well, but there has been tension over the tree choice that has survived the apple tree quarrel of yesteryear.

My husband, you may have heard of him, Skylar something or other, thinks we should plant, on our Very Small Property, giant sequoia equivalent trees.

"At maturity, that thing will be larger in mass than all the homes on our street combined!" I've tried to reason with the unreasonable.

"Oh, it will be lovely," he insists, like my plea on behalf of science and the environment is nothing more that inconsequential playful banter.

Last year he insisted we buy this tree "that looks like it came from a Dr. Seuss book!" to plant in a very large pot. And it weighed so much that now the earth is lopsided and spinning at a different speed and no I am not pleased I had to lift it.

By the way, did we all know that pots costs sixteen hundred thousand dollars now? The film Ghost made us think they were disposable. Like you could ruin one when you were feeling frisky and it wouldn't matter at all. But Ghost lied to us. Because pots cost more than the entire social security fund. I am sorry to say that when we bought the above-pictured pot, it depleted the entire social security fund. Your grandma is now eating grass and can no longer afford her subscription to CBS All Access.

But this wasn't enough for Skylar of Sugarhouse, because not two weeks ago he called me from some tree farm where they probably do polyamory and ecstasy, to inform me he had purchased a "coffee tree!" to place on our TINY plot of land.

I googled this GD thing and discovered that it grows to be one million feet tall. This thing can be seen from space at maturity. I told Skylar this as he waved me away with his hand and said "so you'll need to plant this right away, because the nice hippie who sold it to me said we are in prime planting season."

The very next morning obscenities could be heard from my own backyard oasis as I shoveled and displaced dirt to make room for what is, in my humble opinion, quite an ugly God's creation. It looks like it was formed in a lab and never recovered. Like it shouldn't exist. I already wish it didn't exist.

It now sits in our yard, adding to the other more-that-dozen others that are already crowding us out of our own property. Laughing at us, like any ticking time bomb would. Reminding us that years from now, it will be larger than all the homes in our neighborhood.

I guess I hate trees.

This time in Strangerville, Eli needs to get back to the klerbbb, Meg is not interested in joining him, and a woman goes on a wild Bolivian journey thanks to an emergency surgery. Story: Bolivian Appendectomy, by Sara Bybee Fisk (music by Lobo Loco) 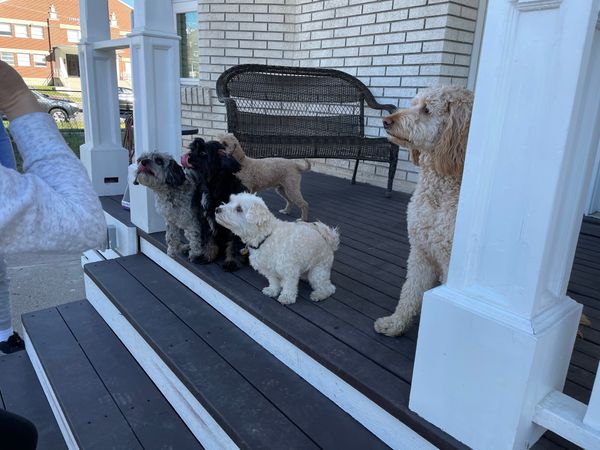