I went to see Great Grandma Whittle the other day and I'm always amazed with how active she is at such a ripe old age. Next may she will be 101 years old but to her the number seems irrelevant. She just keeps going every day, participating in the hobbies she enjoys.

Last Saturday I stopped by and told her I wanted to come and have a good visit with her the following week. We tentatively planned on Wednesday and I told her I would call and let her know exactly what time I would be there. On Tuesday morning she called me and asked what time I would be stopping by the following day. I thought, "Oh, poor grandma is worried I'm going to forget about her. I'm sure my visit will be the highlight of her uneventful week." So I told her I would be by around two and she thought for a moment and then said, "I suppose I can make that work. Don't try for the morning, I've got a million things to do in the morning." How wrong I was to think that just because she's older, she's given up on having a life.

When I went by, grandma said her back was hurting her pretty badly all morning which she attributed to some condition "that old people get." We went out back and did some gardening for a while and I must say it was pretty embarrassing to not know the names of the different vegetables growing back there. At one point she asked me to cut some chaff (?) and just about had a heart attack when I, with scissors, started to hack away at something that apparently was not chaff and did not need to be hacked away at.

As always it was a great visit. 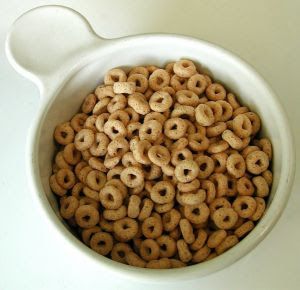 I started my church meetings just before 11:00 on Sunday morning. We had sacrament meeting last and church didn't get out until 4:00 at which point I had

I finally broke down and took one of those personality tests because the world has now come to a point that if you don't know what "color" you are, you can't have a normal conversation. I have been told multiple times lately that I'm