Graduation went well and I hope to blog a little more about it later when I get some pictures. My camera conveniently stopped working as soon as I got there (batteries I think) so I had a friend take pictures with his camera and I haven't gotten them from him yet. FYI, I didn't do announcements for graduation so I hope nobody feels bad for not getting one. But it's so strange to be a college graduate. I like to start most of my sentences now with "Now that I have my degree . . ." I'm sure that will get old before too long. Speaking of getting old, I am. Yesterday my boss asked me if he could set me up with his daughter's 3rd grade teacher. The following is our conversation as well as I remember it:

Me: Oh, ha ha ha.
Boss: I'm serious
Me: Um. . . isn't she really old?
Boss: Actually she's about a year younger than you.
Me: What!!! I'm not old enough to be a school teacher!!! School teachers have grandchildren and record Matlock to watch after school.
Boss: Yeah . . . so what do you think?
Me: Well, apparently I'm not getting any younger. If you've got any contacts at the local community center or through the town Scrabble club, send them my way as well.

I guess I'm now to the age where people want to set me up with their children's 3rd grade teachers. Before you know it I'll start spending my evenings sitting on the front porch, yelling at children for stepping on my lawn until I turn it at 8:30.

But the real reason I'm writing today has to do with how I've spent my last couple of evenings. As you know, last weekend I moved in with my parents in South Jordan (the shining moment of my life) and with the move came quite the task. My old room at their house hasn't had anyone living in it since I was there six years ago and in addition to all my childhood treasures, it has become somewhat of a storage place for various things that have collected over the years. So we thought it was probably a good time to go in and do a massive de-junking especially now that I'm probably at a point where I can finally let go of some of the pointless junk-crafts from the various scout camps and the pile of meaningless two line notes dropped in my locker in the 7th grade. Krishelle was kind enough to come and help me both nights (after I whined and whined and whined about it).

What we found, and the sheer quantity of what we found, absolutely floored both of us. Pictures, mounds of "Boxcar Children" and "Hardy Boys" books, games from the 80's, souvenirs from various national parks located throughout Utah, family reunion memorabilia in massive quantities from some company that whichever great uncle who hosted the reunion worked for that year, certificates, participation trophies from sports that I'm pretty sure were made up as a ploy to give parents a break from their children back in '89, two of every church book ever written in the 60's and 70's, and clothes that aren't only out of style now but that should not have been worn by anyone ever. You get the idea.

Now, my parents house is not cluttered and I don't want anyone to get that idea. They are actually very organized people (amazing that I came from them); the condition of this old room is probably mostly my fault.

OK, the whole point I'm trying to get to is this: we came across a pile of old pictures (dance pictures from high school mostly) and I was one ugly teenager! I could not believe it. I don't remember looking like that! I know some of you right now are saying "oh, well we were all ugly when we were 14" but this goes beyond the awkward ugliness that comes with adolescence. And I was not making it any better for myself. My hair was perfectly parted down the middle and crusted solidly and tightly down to my head. And throw a bowl cut* into the picture which I really did have until I was about 15 and you've got yourself quite the hairdo. The braces didn't help nor did the fact that I weighed 125 pounds until I was about 16 and then not much more after that. Based on the evolution of the ugliness, it seems that I started to come out of it a little bit just into my senior year of high school and by graduation I had made great strides. But there was no taking back what I had been over the years.

After looking through the pictures and laughing hysterically with Krishelle, asking why on earth someone didn't say something to me and wondering how I ever had any friends at all, I quite seriously asked if she thought I could ever fully overcome something like that. Krishelle said that if you are ugly in high school, you become really attractive later on and vice-versa; that's the way it works in movies anyway. So now I'm hoping that sometime over the next couple of years I'll make the transition from "just overcame extreme ugly" (which is the phase I think I'm in now) to "charming and attractive."

I would drone on about how my ugliness from my teen years has made me very insecure today but the problem is that I'm pretty sure I didn't know I had a problem at the time. I think I thought I was pretty good looking, which is probably why I wasn't doing anything to fix it. Makes me wonder which perceptions of myself today are also tragically off. Maybe I should rethink my whole life.

Anyway, now that I have my degree, I better cut this off. Love you guys.

*Bowl cuts are ugly. And mine was somehow worse than others. It was like a really low bull cut down to the ears. 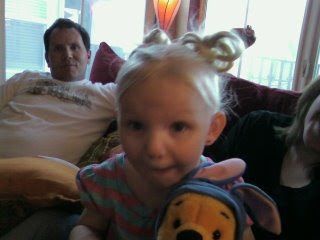 These kids are addicting. And so so funny. I knew their mother while they were growing up so I could have guessed they would be this way. The other day 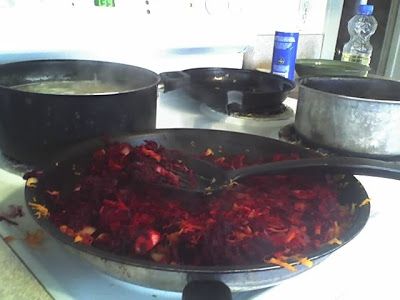 So guess what today is? Yup, college graduation. Last night I went to a Ben Folds concert and then grabbed a chimichanga at Beto's with some friends after midnight (biggest