It's been 3 years ago last week that I got back into the states from Ukraine. It's hard to believe that that much time has gone by but when I think about being there again and seeing the people I knew and having some of the same experiences I had, it seems much much longer than 3 years.

I guess this anniversary is only contributing to what seems to be my bad case of brain marinated in nostalgia lately as I've thought a lot, especially in the last few days, about times I really miss. This is also common for me as I prepare to embark on new adventures. I just finished a three day law school orientation which is intended to prepare first year students for our classes which start on Monday morning. I've also moved (I'm so independent now!) and I'm just trying to get settled into a sort-of-new life.

The nostalgia of late has revolved around a time that I really haven't thought too much about over the past two or three years partly because so much has happened since this time that I have enough to occupy my brain but probably also because it can be difficult to separate the good memories from the really bad ones and so sometimes I just prefer not to think about any of them.

This time was my high school years in which I probably underwent my biggest changes, made my closest friends, and experienced the widest range of emotions on such a regular basis. Most of this was all just indicative of the age but much of it was also pretty unique to me and my little group of friends that was more like a family. We were all involved in a cross country and track-and-field program at a high school that was known for distance running thanks to a high-powered, incredibly successful nationally known coach who made it his life to ensure success for the team. What resulted were four years of year-round severely intense two-a-day practices (even on holidays in many case--like Thanksgiving). During school our morning practice started at 5:00AM. The teams (both boys and girls practiced together and were inseparable) got ready for the day at school, ate breakfast together in the coach's classroom while talking about training and results, went to classes and lunch (we often took classes all together as much as possible), started practice again immediately after school, and then several hours later made it home where we often met together again to spend the little time we had finishing our homework before turning in early so as not to compromise our strictly-regimented work-out schedule which would begin again at 5:00AM the next day. Summers were tougher in a lot of ways. We had mileage goals and extremely grilling workouts as a team, some running over 800 miles in a three month period all across the mountains and camp grounds of Utah. We traveled together, raced together, shared some bad memories together, competed against each other, dated each other, worked part-time jobs together, and even in some cases lived together when families moved and athletes needed places to stay in the area.

At such a volatile time in a person's life, the competition and politicking really wore on most of us. And for the most part we really loved it.Our group of friends was large but the closest group to me during that four years ended up being about 8 or 10 people deep. There was so much that went on at that time that even now sounds emotionally draining to me. I've never known a group of people to put so much pressure on themselves, often to the point of making themselves very sick, and yet constantly put themselves down for not being nearly good enough. I certainly had this problem and unfortunately some of those friends still suffer from the negative side-effects of that sort of mentality. The competition and constant pressure from competing on a national level and feeling like generations of athlete's performances from the successful years past eyed down on each of us, seemed a bit too much to bare at times and I watched myself and my friends hit breaking points and react in various ways over those years.

Some of these friends I've lost contact with despite my continued attempts. Some I still see regularly. Each of them will always be categorized in my mind as some of my closest friends with whom I shared such a huge part of my life and who, do this day, I feel are the people who usually understand me best.

I think one of the biggest purposes of life is to learn to get to know and love people. Otherwise there wouldn't be much of a point in putting us all down here together. And yet ironically it seems that most of life consists of saying goodbye to people we've just realized we really got to know well because often by the time you realize what a great friend you have, that friend is gone.

Maybe the biggest thing we can gain from nostalgia is appreciation--appreciation for what we have now that, if current trends continue, we'll later look back nostalgically on. Nostalgia for the friendships we have that are too conveniently accessible now to fully appreciate; nostalgia for the time when the adorable kids in our lives are sometimes too energetic to really see how sweet and cute they are; nostalgia for a time when we still felt young enough to ride a bike even though some days we preferred to stay in and do things we'll get sick of doing when we're too old to ride a bike. And maybe next to appreciation we can also gain a sense of urgency from that nostalgia--urgency to create as many experiences that we'll later be able to look back on with heart-ache and joy which together somehow make us really miss and cherish what we had because, although difficult to handle at times, those experiences have made up the parts of us that we like about ourselves~

OK For those of you who were wondering: It IS exactly like Legally Blonde!!! 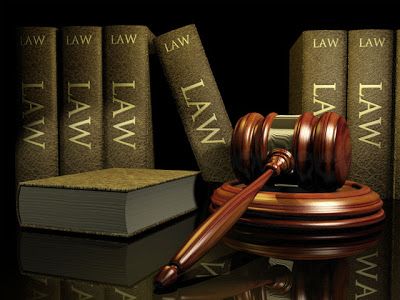 Well I've completed day 2 of a 3-day-long BYU law school orientation (emphasis on the "long").  It's been pretty interesting so far and by far the best part of the