It's short day at school—Friday. The bell just rang and you are heading home at 1:45 PM. It's springtime and you're carrying the Bright Neon Green jacket your mom made you wear that morning when it was "pretty cold out there!"

It's 1994 and you're in the fourth grade, wearing a shirt that says "Totally RAD!" in diagonal red print. You've grown out of your home-made purple MC Hammer pants, but you don't care. They're still your favorite pants.

Your friends are standing out on the playground pavement marked with hopscotch and tetherball lines. They're waiting for you to walk home with them.

The walk home. Where you'll talk about how many times 80-year-old Mrs. Goodrow said "I'll box your ears" to Tyler, the class clown and bully, that day. You'll exaggerate and fabricate stories about your most recent progress on the neighbor kid's Super Nintendo where you've figured out many of the cheat codes for Mortal Combat. You'll make plans to walk to the movie theater the next morning, three dollars in hand, to catch the day's first showing of The Mighty Ducks 2, which was just released to "a theater near you." "I heard it's awesome," you'll say, in reference to the film review given by Jacob Dowry earlier that week during recess.

You'll make it home a few minutes later and get scolded by your mother for throwing your JanSport backpack onto the floor.

"I got a call from your teacher today. WHY did you and Torie Thomas draw a picture of a butt on the chalkboard while she was helping a student with math?"

You won't have an answer for this. At least not one that will diffuse the situation.

"We're going to have a long talk about this tomorrow. Your father and I are not pleased with your behavior lately."

Your mom will then give you a list of chores—cleaning tasks to be done by the end of the day. "And no playing with friends tonight. You're probably grounded," she'll say, at least implicitly acknowledging her historic failure at enforcing that punishment.

The mood is heavy, and the task list is long. You'll have miles to go before you sleep, starting with straightening up your bedroom adorned with I Love Lucy posters and ending with a house-wide vacuum job using a device from 1985 that lost its suctioning ability long ago. "It still turns on," your father said the last time you mentioned that it didn't seem to be working. "In this family, we don't buy things we already have."

Yes, a long afternoon awaits. And a dreaded disciplinary conversation is on the horizon. You'll likely have to write an apology letter to Mrs. Goodrow by Monday.

But none of that matters now.

This time in Strangerville, Meg and Eli are now at a point in their lives when the gifts that make them cry the biggest tears of joy are wooden spoons and snow blowers. And a woman recounts her wild journey that started with an 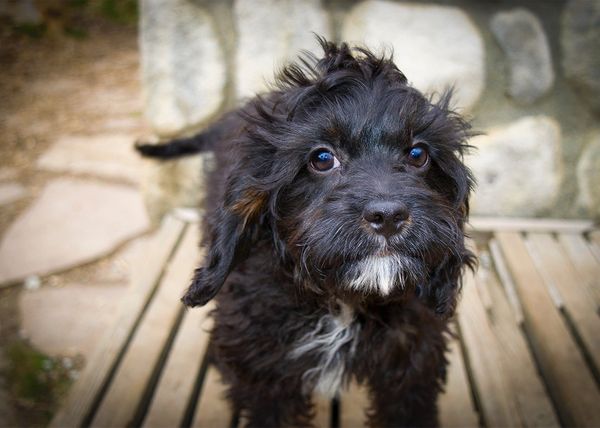 We were told some time ago that you really should get your dog's teeth cleaned. This was a part of a lecture that included advice that I'm 100% positive no