There are a few time pertinent questions which have utterly plagued my soul for many years now.  They always start with the word "when" and end with both an question mark and an exclamation mark.  When will they stop showing reruns of "The Golden Girls"?!  When will I be officially old enough to stop breaking out every 4 days or whenever it snows?!  When will they speed up that roll at the bottom of the news channels that gives quick updates to a normal reading speed so you don't have to read it as it feeds in one letter at a time when you just want to know who the heck got arrested for DUI charges without having to wait 5 minutes for the sentence to play out?!!!!!!!!GRRRR!!!!!!!

But lately a completely new question has been haunting me.  One that I unfortunately believe probably does not have an overwhelmingly positive answer.  When will a high school diploma be enough of a pass to get permanently out of high school?!
As many of you know I have just finished my first week of law school.  I'm now in the middle of the second week and it's been a pretty good experience so far.  Don't get me wrong--my eyes are completely blood-shot, my ulcers have developed ulcers which have mutated into every ailment east of the Nile, and I cry myself to sleep at night

--but that was all to be expected.  What was not expected, however, was not only the immediate halt in social progression but the absolute 180 degree turn and violent thrust which has launched us back into a time when some of our parents were still dropping us off at the mall to hang out with our friends and our greatest fear was the wrath of the parents brought on by the notorious broken curfew.  Middle school.  High school.  We all had awkward hair phases.  We all hated gym class.  And we were all relieved to leave the politicking and drama of our real life 90210 which played out in the hallways of a dark misty old building day-in day-out.

I thought I was alone in feeling like law school was nothing more than high school for adults until I googled it.  Apparently it's quite a cliche topic.  We all have desks with locked drawers which function as lockers.  We have all our classes together all in the same building every day.  The classes go every hour and feel like periods.  First class of the day feels just like home room.  And it wasn't two days before the rumors started about who likes who.  I dealt with it and felt confident that I could continue doing so . . . until today.

Apparently each class elects representatives that work with the administration to represent the class and make sure that 2008-2009 is the best year ever!!!  Sound familiar?  Student Body Officers, Student Counsel, Class Officers; the absolute travesty goes by many different names throughout high schools across the nation.

The campaigns began this week and the same annoying fliers sporting the same annoying slogans covered my desk by lunch time today.  The top picture is of one desk which was left unattended for 3 hours.  Everything you see on that desk is campaign fliers.  The second picture is all 23 fliers for all 23 candidates which were brought to me or left on my desk today (by the way, I calculated that over 16% of the student body is running right now).  Each flier promises exciting changes such as getting a second refrigerator in the ping pong room on the first floor, uniting the class so that we stick together (that one had a stick of gum taped to it), creating a facebook group for first year students, and, yes, someone even promised to "make this year the best year ever!"

As you can imagine it didn't even take me until the most annoying of the candidates marched up and down the aisles of our desks with a radio playing a beach boys song dancing and handing out fliers while giving each person that would make eye contact with him the thumbs up, to be thoroughly fed up with the whole thing.  Or the person who is using his baby to promote his campaign which is evidenced by the third picture which begs students to "vote for my daddy."

No, I'll just bitterly sit at my desk reading about torts, wondering if I can nail any of the candidates for battery by throwing fliers at me, eating all of the candy they hand out.  And maybe one day the madness will all end.  I was talking to a friend about the whole situation recently and he told me that if you don't want to feel like you're in high school, you should stop acting like you are in high school.  I suppose I can take something from that.  I can't really control what goes on around me but I can keep myself from the rumors and irritating tactics and actually act like I'm in a professional school, seeking a professional degree.  But I'll worry more about that after prom. 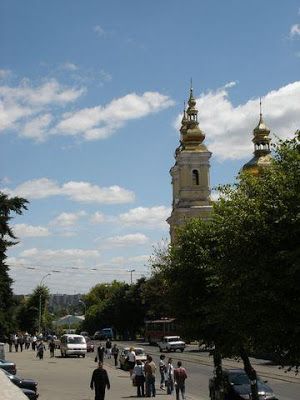 More old images.  Each picture represents a variety of stories.  Maybe one day I'll tell them all~ 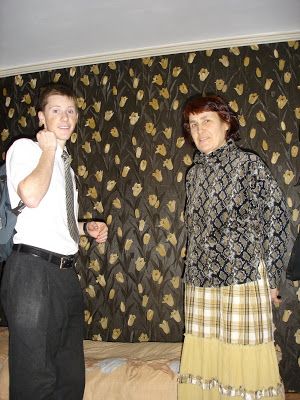 This one's just for fun. I was just going through some old stuff on my computer and I came across this picture from Ukraine. The 12 year old boy on