It's been a few days and you should all know that I'm never coming home from Moscow. I LOVE it here. I will miss you all but you are welcome to come move out here or visit me. (I'm sure my entire view will completely change when winter arrives).

I'm pretty exhausted now and not really in the mood to do a pain-staking detailed minute-by minute recap of the last few days so I'll just mention some of the highlights:

-Celebrated WWII Victory Day yesterday. This is one of the biggest holidays in Russia and is celebrated like the 4th of July in the states. Veterans walk around in costume and people give them flowers throughout the day to thank them for their service. The day honors the 27 million Russians that died in WWII. We watched a huge military parade in the morning, the coolest part being the dozens of fighter planes that flew in awesome formations really low down the parade route.

-Got as close to Red Square as we could but the square itself was closed for the holiday. I'll try to go back tomorrow.

-Took a 3 hour party cruise down the Moscow River in the evening and watched one of the coolest firework shows I've ever seen.

-Watched some really funny drunk Russians on the party cruise. They used beer to make the party fun. I used Cola Light to keep myself awake.

Another shot from the cruise of Moscow University. I may be heading up there later today.

Red Square from the top the Ritz Carlton which we snuck up to to get a good view.

Another view of Moscow from the Ritz.

We marched at the tail end of this very aggressive and angry sounding parade for about an hour before discovering that it was a communist parade. We think. Red Square is straight ahead.

Veteran at the parade.

Tank in the parade.

Dark evening shot of St. Basils from the cruise.

On the cruise. Still awake.

Another shot of Red Square.

Hi everyone Hope you are all doing well. I've had a fun and exciting few days. My boss has been in Prague the last few days so it's been pretty quiet at the office especially since Friday around noon when I finished the stuff 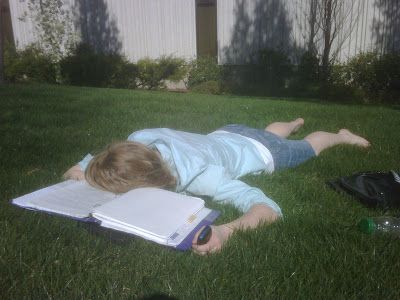 After several horrific weeks of 6:00AM to Midnight, Monday through Saturday crying tears of blood into 2,000 page law books, God decided to give us some sunny warm