If you missed yesterday's post, you'll want to go back and read it before you read the continuation of my back-and-forth email communication with a stranger from Craigslist who goes by the name of "Ray."
Yesterday he responded with the following email:
______________________________________
Knick knack Paddy Matt,


Although this email is hard for me to write, I fear this is something that must be done. You have provided your number now multiple times, and my fingers ache to delicately pick up my receiver and gently spin the wheel of numbers until I have dialed the magnificent combination of 8-0-1-X-X-X-X-X-X-X. My heart cannot deny the yearning I feel to hear the voice that answers the phone (what type of phone it is, I know not, though I particularly fancy the idea of it being a Cricket Wireless or, dare I let my mind go wild, an I Phone.). Alas, I cannot allow myself to call because mother has returned.

Late last night as I creating a paper mache gift for you, using all of our correspondences and printed pictures of people I think you might look like, I heard an awful screeching noise above. I knew that everyone was asleep (the annual Ms. Kitty Cat Utah was held today, which meant an early morning for everyone), so I scurried up the stairs after slipping on my hemp socks. To my shock, as I heaved atop the stairs, I came face to face with mother. Not surprisingly she was looking fabulous in her nightgown (with a figure like mother's, you've got to accentuate with just the right material, and fleece works just right for a classy yet comfy allure), but her eyes did not betray her sultry appearance. With little more than a flick of her finger, I was banished to her closet. Later that night she swung open the door with wrathful force, her teeth barred against me (only the front two teeth were in, but man were they terrifying, even more so than full denture grimaces). In her left hand mother held the paper matches, and nothing more had to be said.


Now, here I sit with Mother, as we write our farewell to you. We have decided that the loving bonds of family must outweigh any other relationship, and embracing such a relationship would be harlotry. With the fondest love and moon soft beams of friendship, I bid you, dear Mattianious, farewell.


I wet my Snuggy with my tears last night, partly because of the death of 2 to 4 of my cats yesterday in an unforeseeable incident involving egg nog, Ms. Beetris from next door, and the game of Twister, but mostly because of the melancholic farewell you bid. Why you insist on destroying our bond before our anticipatedly tear-filled first face-to-face meeting, is as big a mystery to me as the reason "Small Wonder" didn't have at least ten seasons in the '80s. (Surely you remember "Small Wonder." It was the humorous, yet thoughtful, television program revolving around a family who had a robot as a daughter but tried to hide this fact from the world, always finding themselves in some kind of mischief before carefully resolving every plot twist within 30 minutes. It reminded me of my up-bringing, minus the robot and problem resolution. I'm still praying daily for a reunion).


And now here I sit, all alone, sipping a jar of my favorite Ovaltine-Fresca-crouton blend, thinking about what could have been. Nay, what should have been. I imagined tandem bikes, couples haircuts, and kite flying in the spring. I imagined a world where cats rein supreme. Our world. Our cats. Us. This all reminds me of a time when Old Betty Belendro (BB) from down the street used to have me over every other Thursday from 4:00 to 6:00 to bathe her cats with her while eating the toffee she had saved since her childhood and listening to The Carpenters' Greatest Hits record. Occasionally she would remove her prosthetic leg and ask me to massage the stub, which I did gladly as it made me feel important but also, for reasons I can't explain, turned me off to corn dogs. She used her tongue to clean the cats, but I wasn't ready for that so I gently washed them with sponges, the way grandmother washes me. BB used to speak to me in different voices, sometimes choosing one voice for an entire day. Others cautioned me to stay away, for fear of my safety, multiple times counseling me to see a doctor who sought to convince me to ignore her existence. But seeing as she only became violent with me on two occasions, I didn't feel the need or desire to distance myself from the love. I just stayed, and desperately tried to understand her mysterious ways. She told me one day I would understand. I didn't understand before she died in her massage chair that malfunctioned and folded in half while she was trying to see if she could sit in it upside-down to better view a painting she accidentally hung upside-down (in her defense, it was one of those modern art paintings--a large red circle in the center of white canvass. She says she retrieved it from a distant land as it hung sadly on one side from a pole in front of a large building, apparently having no frame. I saw no meaning in it, but BB always had an eye for the arts). Her untimely death was ironically very timely as I later found out my grandmother (who was supporting and bathing me at the time) had began hiding some pills in my supper each day, causing all sorts of strange behaviors. I wouldn't have wanted BB to see me like that. And so as quickly as she came into my life, she and the cats were gone. They never gave her a funeral and her house disappeared, as did all of the belongings she left me, including her entire Frisbee collection and a jar of dried orange peels she was saving for a special occasion. Now when I speak of her to others (in a hushed voice) they inevitably pretend they've never heard of her. I know it sounds strange, but every year on her birthday I find cat hair in my mouth. (Granted, I find cat hair in my mouth most days).


Mother, I'm relieved for you but terrified for society that you have been released from prison. But 25 years is probably a sufficient amount of time to serve for laxative-ing all of those people in the Hands Across America line in '86, leading to a very unfortunate brawl at a rest stop 20 miles from Seligman on Route 66. I hear they still have the road shut down and only allow access to high clearance federal agents and squatters.


Ray-bees, I'm sorry to hear you're living in the closet again. I often shut myself in small confined places for hours at a time but I know that I'm in the minority for enjoying that sort of thing. It makes my subconscious believe I'm in the womb again, which truly was the happiest time of my life, excluding one vacation to Nebraska when I was 12 and my sister and I came up with a new dance, which we performed in the car for two straight days without stopping, making it into the Guinness Book of World Records. Of course the memory of that is bitter as some fool by the name of Los del Rio stole the entire thing, added a hip swivel at the end, and started calling it the Macarena, all just two months before we were ready to release our home-made music video modeling the same dance we had called the Macaroni. Since that day I have avoided dancing in clubs, book stores, or anywhere in transit along the interstate for fear that my artistic self-expression will again be whored to the world in the form of an (admittedly catchy) one-hit-wonder. Never again. If ever we meet under the auspices of a higher power perhaps we can coin a new dance together.


And so it goes. Maybe we'll meet sometime. But until then, don't forget to feed the cats. 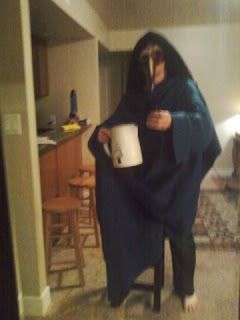 Perhaps because I've been in a particularly snarky mood lately, I couldn't resist last night when I got an accidental text from an unknown number. The following is our text

My roommate Matt is moving out of our apartment at the end of the month (artistic differences) and so is desperately trying to sell his lease. He recently posted it on Craigslist and yesterday got a very interesting email from someone named Ray: _______________________________ -Matt