How often are you supposed to clean your reusable water bottle?

I'm sitting here at work, early in the morning, getting ready to get started for the day. I just looked at my water bottle and realized I have not washed it since November.

What are my chances of survival? I use this bottle every day. It has now just occurred to me, 8 months later, that I should probably have it on some kind of cleaning rotation.

I just felt the inside of it. It feels like my face after all the sweat dries from a long run. It's supposed to have a smooth plastic feel. I also just noticed that there are currently somewhere in the vicinity of 270,000 fingerprints around the outside.

With hygiene habits like this, it's no wonder I've had my foot disease for 7 years.


I'm thinking about my water bottle right now because I'm trying to re hydrate after Tuesday's miserable attempt to "run" the Deseret News Marathon in Salt Lake City. I may have mentioned at some point, although I can't remember now whether I did, that I tried to do an Ironman earlier this year. I even trained for it. It didn't go well. Long story short, when I think of that day now I usually pee a little.

So recently both Daniel and I decided that we ought to complete a marathon this year so we could feel accomplished in something. And before we knew it, we had signed up for the Deseret News Marathon, which falls on Pioneer Day.

Pioneer Day is a true, real, holiday in Utah. And Salt Lake City shuts the hell down on Pioneer Day. Every shop, bank, business, etc. Closed. It's our time to proudly celebrate the day the Mormon pioneers made it into the Salt Lake Valley.

A little history lesson behind the settlement of Salt Lake City: people hated the Mormons (probably because of their veggie jello). The pioneers went west to survive. They got to Salt Lake and Brigham Young was all like, "I know it smells like rotting bodies, but let's kick it here." The pioneers irrigated the entire state of Utah and eventually made way for Cafe Rio.

And now, every year, we celebrate this as enthusiastically as the Queen of Colors attends a funeral. Like, you literally could be run over by a covered wagon on July 24th if you are walking down a Salt Lake street. The gigantic Pioneer Day parade goes past my building, and people were already sitting on chairs on the side of the street waiting for it to start more than 24 hours before start time. For a parade. These people were waiting in the July 23 hot sun for a parade.

Anyway, this marathon starts deep up the canyon that those pioneers trekked through, runs along the parade route in Salt Lake City, and ends at a park nearby, mimicking the final miles in the pioneers' long journey.

Neither Daniel or I really trained for this. Ever since the May 5th Ironman attempt, we haven't had a lot of motivation for ultra-endurance exercise. Don't get me wrong. We haven't let ourselves go to pot. But as it turns out, when you don't have a 17 hour endurance event on the calendar, running for hours on end somehow makes way for other activities. Like laying on the floor after work while holding a gym bag until it's time to go to bed.

Nonetheless, we made our way up the canyon on Pioneer Day, covered ourselves with Vaseline, and set off on the course.

At mile 15, I looked down at my right shoe and saw that it was now red, and soaking in blood. I wasn't sure whether I should be more concerned that my foot looked like a scene from Rambo III or that it didn't really hurt.

See, I was always told that your body sends pain signals to your brain when there's a problem. It does this so you can be all like, "what?! I better stop what I'm doing, climb into bed, and eat ice cream for the rest of the day!"

I pull a single nose hair with tweezers and I'm completely debilitated into a sneezing, crying fit on the floor. But my foot basically splits in half and leaves a bloody trail (on Pioneer Day!) down the mountain, and my body's all, "no, it's cool. Just keep doing what you're doing."

Eventually we made it to the final 6 or so miles. My legs were now aching to a point that it seemed like getting them amputated would be the only way to fix the problem. I was tired and mentally drained by this time. And it's always in moments like these when the snark makes way for something a little more sensitive.

It started when some cop standing on the side of the road read from a book as we passed by that success is achieved not by strength, but perseverance. And I got thinking about how I seem to be learning that that is pretty true lately. I imagine that "success" really just means "something to be proud of." And I'm only ever really proud of something if I have persevered through adversity. I got thinking about the pioneers (it was Pioneer Day, after all) and how much they persevered to build a community that I could be safe in. And it seemed really fitting that we would have a whole day to celebrate them for that. I also thought about one family I know who has been inspirationally blogging about how they are successfully coping with an unexpected bout of terminal cancer in their family. They are maintaining incredible attitudes, banding together, and sharing their experience with others who could also use the thoughts of hope. For the last bit of that race, I thought about them, and others, who have been such good examples to me. The people I admire are good examples because each of them, in their own way, have found ways to obtain success by persevering. Perseverance is pretty admirable.

Eventually I persevered enough to finish the marathon. And I was pretty happy about it.

Even though my toe basically fell off in the process. 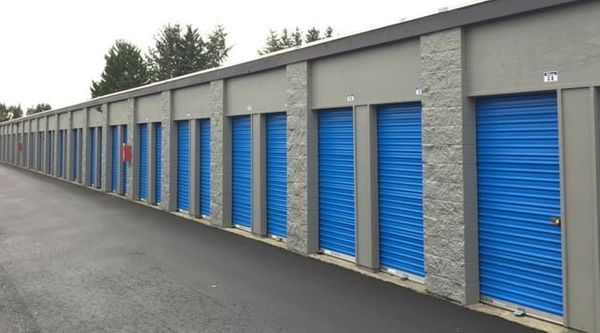 Because of the upcoming big move to Palau, I have been in the market for a storage unit for all of my precious things. On Sunday, my hysterical sister Krishelle

A few months ago a friend was trying to sell his housing contract on Craigslist. He got an email from a woman named Amy who had 10 questions for him.