A few months ago a friend was trying to sell his housing contract on Craigslist. He got an email from a woman named Amy who had 10 questions for him. I responded. And never heard from Amy again.

It's so hard to make friends on Craigslist.

For background, in a couple of questions, Amy asks about my friend's "ward." A "ward" in this context is a Mormon church congregation.

I’m looking for a place with older female roommates (24-35) that are active in the LDS church and like to have people over and go out. If this matches what you are looking for, would you tell me a little more?

1) Are there boys and girls that live in your home?

Nope! Just one man, Hector. And I know what you're thinking, "a man?! So he probably doesn't pay the rent on time!" Boy are you wrong, though! His social security check comes in on the same day every month, and because of his creditor problem, the landlord predictably shows up first thing in the morning on that day, hand outstretched and foot tapping.

2) Do you allow drinking or smoking in your home?

Well since you only gave me two options, I guess we allow smoking. But quite honestly, I would prefer if you didn't do it in front of Hector.

3) Are you LDS? Are you active in the church?

I haven't been checked for LDS, but I think my grandma had it before she passed away. It was a really hard time for my family. To your other question, I suppose I have been active. I once ran through a church to get away from Suzie Gray, who had a crush on me. But she was a foot taller than all the boys our age and she had webbed feet, so obviously I wasn't interested. Thank heavens she wasn't swimming after me! Amiright!

Lakeview Hospital, Alzheimer's Wing. But only on Thursdays at 5:00 to play Canasta. Every time I start losing I just divert everyone's attention to the window while I scoop up all the cards and then I welcome them back to the game like they just got there. You can come if you want.

Smells like Urine. Strong possibility of getting bitten. The usual.

Like: See question 5.  Dislike: Ever since Evalyn moved in it's been hard to make friends. Every day everyone thinks she's new, and, quite frankly, she's more attractive than me and she's better at telling her joke.

Hector is fine as long as you get him his tonic and put him in bed by 5:30. And don't even worry about the sex registry thing. That was SO two years ago.

I used to have people over but it was always the same old complaints. "Your place smells like cat feces." "What is this green stuff that got on my pants after sitting in your chair?" "Who is making that crying sound in the back?" I finally gave up. I get so tired of trying to please people all the time.

9) Do you consider you and your roommates clean or a little messy?

SO so clean. Especially ever since I got Hector to start going in the bucket. Well, when he can. I think it's probably hard to control at his age.

10) Is there a lease or a requirement for how long I need to stay?

I think just as long as Hector still needs help. He gets very attached and if you tried to leave before he was ready there might be another incident. But don't let that scare you away. He has never killed another person and I would hardly consider anything he's ever done torture. Unless you consider brushing his hair and singing old war songs with him at night torture!!! :) 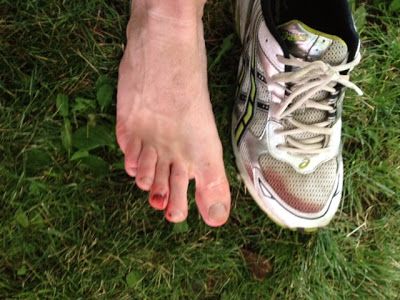 How often are you supposed to clean your reusable water bottle? I'm sitting here at work, early in the morning, getting ready to get started for the day. I just