What my former classmates have accomplished in 10 years: 26 babies each, a mortgage, a 401k (whatever that is!), and a seat on their respective city councils.

What I have accomplished in 10 years: watched all 5 seasons of Friday Night Lights, went to school for 6 trillion days, started puberty (I really think this it is this time!), and learned how to swim.

Other than the Friday Night Lights thing, I guess I don't have a lot to bring to the table next week.


Nonetheless, I plan to go. I thought about giving you a cliche post about how lame high school reunions are and how I have so moved beyond all of that (ironically, people who make a point to make this point rarely truly communicate that they are actually so beyond any of that).  And it wouldn't really be true if I pretended like this is the most exciting thing that I've ever anticipated, so I won't go there either. But the hipster in me wants to be the first person ever to apathetically attend. So that's the plan.

And bring a large bag to take home food.

All these thoughts of high school reunion have triggered major . . . um . . . what's that word that's like "nostalgia" only it makes you want to give yourself a lobotomy? Oh, Post Traumatic Stress Disorder.

Why? I'll tell you. Eli ages 14-17 was not ready to be revealed to the rest of society. And yet, he was revealed. Major parenting fail on that one, Bob and Cathie. I insist on referring to adolescent Eli in the third person because I am concerned that you strangers will not fully capture just how extremely different this character was from me if I don't distance myself from him.

Think braces, freckles, gel-crusted part down the middle, 120 pounds, a consistently-worn sweat-band, and t-shirts with my name printed on the back. Add an air of confidence of being something much, much cooler.

And you have adolescent Eli.

It has been said that any time a person looks at a picture of me from Jr. prom, 75 friends immediately drop that person on Facebook. I have never verified this myself, as I have buried said pictures so deep under a pile of old papers that I have not even accidentally come across them since about 2003, way before Facebook. But that's how dorky I looked.

I will consider posting a few example pictures. But you're going to have to slip something into my drink first. Or bribe me.

I'm not ashamed of who I was, nor am I really embarrassed. It's just strange to think that that person grew into me. Not that I think I'm the bomb.com now (do people still say that?). But compared to adolescent Eli, everyone is the Fonz.

Now I'll head on back to reminisce about the "glory" days. I would show up wearing something cool from that time. But I'm not really the best person to ask about what was "cool" then (see prior several paragraphs).

Questions I need you to answer, please:

1. What even happens at high school reunions?

3. What kind of person should I pretend to have become?

4. Should I get a spray tan next week?

5. Does this outfit accentuate my back fat?

So much uncertainty. So little time. 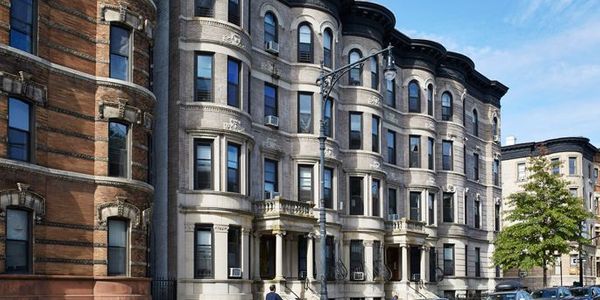 A few months ago a friend was trying to sell his housing contract on Craigslist. He got an email from a woman named Amy who had 10 questions for him. 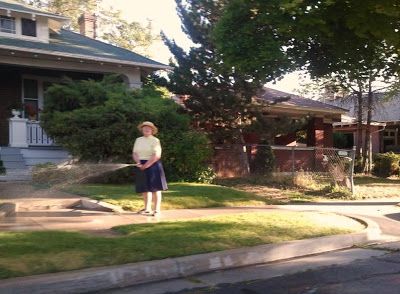 Over the past few months I have collected a number of pictures on my phone of various things I've spotted around. I thought I would share them with you all.