First item of business, welcome new strangers! Over the past few weeks we've seen an influx of new traffic to Stranger, which I understand is primarily due to what the kids are calling "Pinterest." As I understand it, one spends the entire day putting pictures and links onto the Internet that represent things they hope one day to do in real life, which ironically takes all of their time and keeps them from actually doing those things. Sounds like other people's version my equivalent activity: laying on the floor after work eating candy until bedtime. In any event, thanks all for sharing Stranger on Pinterest, Facebook, Pinfacespacetwitgoogle+, or whatever else is out there that I'm not hip enough to be a part of. I can't tell you enough how much I appreciate you stopping by now and again. You people are my homies (in the non-gang way). As always, I welcome you to like Stranger on Facebook if you've failed to join the family over there.

I'm getting more and more settled into my new home. Work is keeping me relatively busy, as is all of the beach time. Last week both Daniel and I were given assignments in the small Mormon congregation we attend to work with the youth. Each Wednesday night we will meet with them and have various activities. I feel like I've just adopted a dozen Palaun teenagers. I've already planned to explain to others when they ask whether I want to go do something on Wednesday evenings, "I would love to . . . but I've got the kids tonight." Having the kids on Wednesdays is already proving to be a fun way to get to know some great Palaun families.


So, things have been fine around here. Well, until last night when I tried to play tennis.

One of my co-workers, Brian, is a great tennis player. He has been giving the rest of us fantastic tennis lessons a few times a week. And I could have sworn I was improving.

I told you all a while ago that I am absolutely, truly, most definitely, the most terrible athlete that has ever walked the planet. Period. Yes, I exercise and stay in relatively good shape. Yes I can run and swim a bit. But throw any kind of a ball into an activity and it's suddenly like my body turns into one of those inflatable wind dancers you see in front of cell phone stores. No. That's too generous. Maybe one of those that has a hole in the back.

And it isn't for lack of trying. Oh, I've tried. And specifically, I've tried with tennis. I took beginning tennis in college. Twice. Sometimes I like to tell people I played tennis in college for two years. It's misleading, but it makes me sound impressive.

Then the beginning tennis instructor assigned everyone partners based on skill. I was partnered with Melanie. The second worst person in the class. Who was 7 months pregnant at the beginning of the semester. And who had never played tennis before.

She beat me. Every. Single. Time.

The instructor used to stay after class with me for up to an hour to give me special instruction, sure that he could somehow reach me. This lasted for half of the semester until one day he said to me in such a patronizing tone that he should forever get royalties from everyone else who says anything patronizingly in the future, "you know, some people will just never be great at tennis. I'm sure that there are LOTS of other things you are so good at!"

Melanie had her baby toward the end of the semester so I was alone for about a week. Then she showed up one day, tennis racket in hand, and handily beat me despite having just turned her body completely inside out to emit a human life 7 days prior to this.

On our last day of the semester she and I played one final game in which I nearly beat her. I was proud of my achievement. Until I noticed that she had switched to playing left-handed (her non-dominant hand) to help me out.

Which brings me to the Brian Palau School of Tennis, in which I thought I was finally making some progress.

Daniel and I ran to play a few games of tennis late last night, expecting to show off our new skills. We played 10 games. Daniel won 10 games. All ten.

And guys, it's not like Daniel is that good at tennis. Because, no offense Daniel, he's not. He's just very mediocre at tennis. He's good a many many other things. But not tennis. I mean, compared to diving off of stuff before he graduated from the Eli McCann School of Diving, he's basically Superman. But everyone is Superman at everything compared to how he used to be at diving.

But tennis? He should not be significantly better than me. He didn't take beginning tennis (twice). He did stay after to get special instruction. He just showed up to Palau with a tennis racket that he's hardly ever used and very unimpresively hit it over the net enough times to beat me 10 games in a row.

There may have been a meltdown immediately following the games.

That meltdown may have involved a pint of Ben & Jerry's and 30 minutes of me saying things like, "I'm never going to be good at anything in my entire life!" and "What's the point in trying at anything because no matter how hard I try I always fail at everything no matter what always!?"

I admit it. I may have gotten carried away.

Daniel started down the whole, "some people just won't ever be good at tennis" routine, but I told him this wasn't my first rodeo and he could just be real with me.

His plan B was to try to convince me that my attempt to translate my ineptness at tennis into ineptness at every possible thing that a human being can do ever was completely ludicrous.

"It's a metaphor for my life, Daniel. I merely artistically expressed that ineptness in my tennis playing tonight."

He eventually told me to shut up and mumbled something about people with disabilities in China who are starving and would be happy to have that and I should just be grateful that I'm alive and healthy.

If I didn't sense he was sick of the conversation I would have challenged the "healthy" accusation. My 7-year-old foot disease is still alive and well (thanks for asking). Plus I now have what appears to be 400 tiny, and unbelievably itchy, bug bites on both feet.

Whatever. At least I woke up the next morning to this: 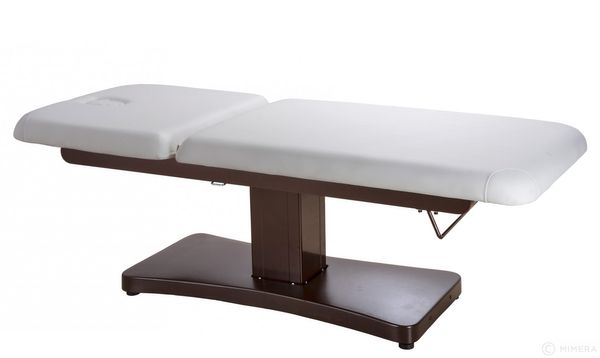 A few months ago a stranger, Jared, sent me an ad posted online by a guy we'll call "Paul" looking for an "intimate" massage swap. I emailed him as June 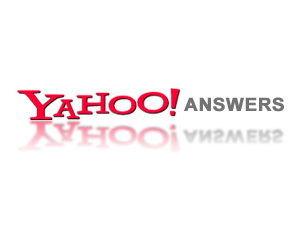 I bring you now the third edition of Messing with People in Yahoo! Answers. What good is a Halloween week if nobody has asked the Internet about what to do