Momma's got a few things for you today.

First, I found the two worst movies of all time. I'm serious. We can stop searching now. These cannot be topped.

They are two Mormon films from the early 80s concerning the "Word of Wisdom" which is the set of guidelines around health practices church members follow (don't drink alcohol, coffee, bleach, etc.). I somehow never saw either of these films growing up and now I'm exactly split on whether I wish I had.

If you've been wanting more movie recaps from me, look no further. I wrote about both of these films for The Beehive. Please check them out.

Second, my grandma ("G-Mac") lives in an independent living center. She moved herself into it a few years ago so she could be around her peers and sort of revitalize her social life.

G-Mac is an extreme extrovert and I'm 100% sure this is exactly where I inherited that gene. Her ideal day is to have everyone she's ever met and liked all in the same room with her together for the full 24 hours, and she would like to repeat that day every day for her entire life. And that's how I feel, too. I ache that I can't see you people right now. This whole social distancing business is honestly my own personal Trial of Job.

The second I found out social distancing was going to happen about three weeks ago I immediately called G-Mac to check on her, partly because I believed we could understand one another on this better than anyone else in our lives.

G-Mac confirmed that her entire building was going on a serious lock-down. Something about how they thought maybe it would be a good idea to try to keep COVID-19 from getting inside a building where 200 people in their 80s and 90s live in close quarters.

"I don't know WHAT I'm going to do," she yelled into the phone.

Since then I've been able to teach her how to do video calling through Facebook. She doesn't have a cell phone or plan--just a landline. But someone did give her an iPad a while back and she has several Facebook accounts (because she keeps forgetting her login information and after hours of helping her figure it out we have repeatedly determined it was just easier to start over).

When we finally connected via video she shouted that this was a "game-changer" and said that it felt almost the same as having someone actually visit.

I tell you this for two reasons: one, if you are lucky enough to have grandparents (or elderly parents or friends), they are probably in a similar situation to G-Mac right now--unable to have visitors or see the people they love. We already do a bad enough job neglecting this population in our country during non-pandemic times; it's really important that we check in and visit with these people in a safe way right now.

Many of them are lonely and feeling very trapped. And especially now that technology is sort of required for us to stay connected, the ball is really in our court with this group of people who generally struggle with navigating internet and smart phones more than you or me. (Well, more than you anyway.)

If you haven't done it already, I so strongly encourage you to think about trying to get your elderly friends and family members trained on video calling. If I (incompetent) could teach G-Mac (incompetent) how to do this from my own house, I promise you can teach your old person. She was so happy when we finally connected you would have thought she won the lottery.

I told her I was going to inform the rest of the family they could now call her that way. She asked me to tell them to give her 30 minutes so she could do her makeup and hair. She hadn't planned on doing her makeup and hair because she assumed she just wouldn't be seeing anyone that day, like most of her days right now.

So yes--please video chat your old people. If you have other tips for staying connected with them, I would love to hear them.

The second reason I'm telling you about this is because in G-Mac's attempts to start better navigating social media, she suddenly and accidentally broadcast an 8-minute Facebook Live video last week. I found out about it because my cousins and siblings all started texting one another to drop everything they were doing to tune into "G-Mac TV."

The entire 8 minutes consisted of G-Mac staring into her iPad while dramatic instrumental music played. She also turned on a filter that caused water to pour from her eyes. I took a screenshot.

It was honestly the best thing I've seen on the internet in years. I love her, and I love seeing exactly what I'm going to become 60 years from now.

Finally, we have a very special and incredible story today for Strangerville. A nurse in the south sent this in to us last week and it's honestly one of the most beautiful stories we've ever done. We so appreciate Heidi (and all the heroes in our hospitals right now) for doing what she's doing with so much care, and for sharing this with us.

Heidi initially sent us this story in written form and we had her record herself telling it for the podcast. Normally when we have a written version of a Strangerville story, I like to include the text for the hearing impaired. This time I've opted against doing that because I really want to encourage you to go hear Heidi speak this story for reasons that I think will be obvious when you give it a full listen.

That said, if you are hearing impaired, I would be so happy to send you the beautiful written version of Heidi's story (Heidi, I'm assuming I have permission. If I don't, well, bomb my house or something.) Please email me if you'd like this.

This time in Strangerville, our home gyms are not doing very well. And a southern nurse struggles to care for a patient amid COVID-19 concerns. 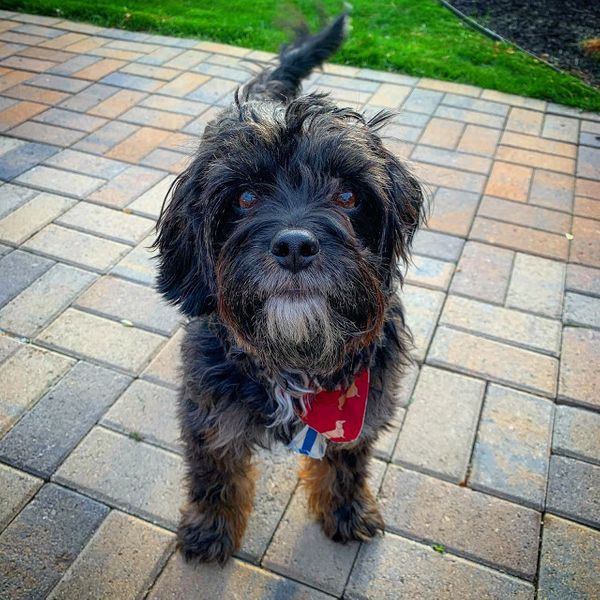 We're all binging TV shows and movies right now and that's ok. If there is anyone in your life telling you that is not ok, you should get new people

This time in Strangerville, our home gyms are not doing very well. And a southern nurse struggles to care for a patient amid COVID-19 concerns. Story: Sweet Tea, by Heidi (music by Ayla Nereo [https://freemusicarchive.org/music/Ayla_Nereo/By_the_Light_of_