A few weeks ago I wrote the longest post of all time about trust. If you don't have time to go back and read it, let me summarize it for you in this haiku:

Some people tell lies.It is hard to trust again.Tigers and dragons.
I realized after the second line that I had already completed the summary so I just went with "tigers and dragons" after that. And then I was like, "really? That was such a long post. Is that really all it said?" So I went back and read it just now and that wasn't all it said. And if I knew how to edit, I would go above and add a second part to the haiku:

How to find balance,Between trusting and guarding?And how do you keep yourself from strengthening without callousing when bad things happen?
I stopped counting syllables towards the end because of laziness. Sorry if the last line ended up exceeding seven.

But in that post I asked you guys for some thoughts on that question, because I have found myself wanting to trust less and less recently courtesy of some bad experiences. And I hate that that has happened. Not feeling open to trusting people and questioning other's motives is not a good feeling.

Your responses in the comments to that post and in the emails you sent to me were like holy scripture. So profound and helpful. And, actually, better than some of the Bible because they made sense and contained way less polygamy and incest.

If you don't have time to read that post, I strongly urge you to at least go back and read those comments. Because the Strangers of the world came through on that question in a big way and I can't tell you how much those words of advice have helped me since they were posted.

So if anyone is still interested in whatever conclusion I have come to about this whole mess, I'll tell you now, but with one disclaimer: I absolutely don't feel like I have a final answer on this. But I do feel like I've learned some things that have helped me recently, so here they are.

Usually when we feel anxious about being able to trust other people generally, the root of the problem is actually our refusal to trust ourselves. Because if we can believe in ourselves and our ability to be happy and find joy and stay strong no matter what comes our way, it almost doesn't matter what other people do or don't do around us.

I say "almost" because living in a state of constant emotional euphoria is unrealistic, and people can still find ways to hurt us and those around us even if we are determined to be happy. When someone has a bad track record with us, it's ok and good to protect ourselves by not trusting that person again. The problem is when we let that person's bad choices stop us from developing fulfilling relationships with other people. And if I'm having a hard time generally trusting people with my thoughts and needs, it's a lot more productive to look inward and find ways to encourage myself to be brave than to look outward at each individual and refuse to let them in until I can find reasons to believe they would never lie.

Because the truth is, refusing to trust until we are confident that someone is absolutely trustworthy is a losing game. Everybody lies. And it isn't pessimistic to accept that. It's realistic.

And while realism often just looks like disguised pessimism, in this case it actually paves the path towards productive optimism. Because the moment we can accept that nobody in this world is perfect and that that hasn't stopped us from feeling happiness and peace in our relationships before is the moment that we start focusing less on "how might this person hurt me" and more on "how might this person love me." From personal experience, I have to tell you that that is a better place to be in.

Everybody lies. But that doesn't mean that nobody should be trusted. Because there are plenty of wonderful people in this world for every single one of us who are ready to make our paths through life all the more worthwhile. And the only way we can find those people is by letting them in, without letting them have control of our happiness.

None of this is to say that I think we should unabashedly make ourselves vulnerable to any person who passes by, stranger or otherwise. It's just that, there is so much more joy in this life to be had if we decide to be happy rather than let our happiness depend upon the decisions of other people.

Trusting someone is fulfilling. And it's so much easier to trust someone when we don't attach so much personal stock to that trust's maintenance. 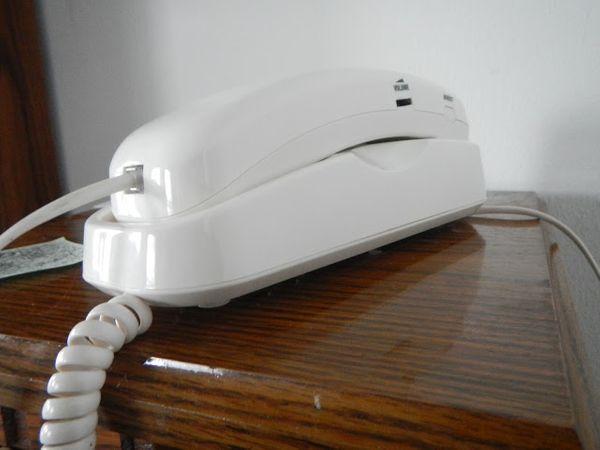 [http://3.bp.blogspot.com/-tK7tE4aTvbY/UbfKwY9zWKI/AAAAAAAADds/Ts6FCe7eFOU/s1600/DSCN0660.JPG] The next wave of technology. This week I am doing a REALLY important video conference with people in

On Friday just after lunch I was walking down the main road in Palau with Daniel. Actually, I should say, we were walking down THE road in Palau. There's a piece of the road "downtown" that is the frequent location of tents and street