There's a piece of the road "downtown" that is the frequent location of tents and street campaigns, usually sponsored by one of the government's agencies. Recently, for example, we had the church kids make a bunch of anti-drug signs for Ministry of Health personnel to hold up on the side of the road during Drug Prevention Week. Sometimes people are out there advocating for a political candidate. And every once in a while the town crazy pulls up a lawn chair on this spot and screams gossip to all passersby.

I have found out a lot of juicy information this way.

On Friday large tents had been erected along the side of the road, staffed by hospital personnel who were attempting to recruit blood donors.

Daniel: Oh. My. Gosh. Don't panic. But they are giving out donuts in that tent. RIGHT. NOW.

Eli: You do realize that we could go buy donuts if we want them that much, right?

It was actually sort of good timing, I had to admit, because the prior Sunday a pregnant lady at church asked me what my blood-type was and didn't accept my answer, "Ben & Jerry's." The reason she wanted to know was because if you have a baby at the hospital in Palau, you are supposed to provide the name of someone you know who is a match in case anything goes wrong. She'll be having her baby in about seven weeks and was hoping that if she and I were a match, I could be her donor.

I didn't know my blood type when she asked me but I told her I would try to find out soon. She told me she was A positive, and I began praying that I would also be A positive BECAUSE I'VE ALWAYS WANTED A BABY OF MY OWN!

We asked the tent people if they could tell us our blood types if we gave blood and they confirmed that they could and sent us into a classroom behind them at the community college to answer questions.

I've tried to give blood a few times before but I always get rejected. Such discrimination. Nobody wants my blood anymore.

Just because I underwent major surgery in a half bombed-out Soviet building in western Ukraine in 2004 and then have almost no memory of the remaining nine days in which I was subject to tests, naked and alone, in that same building.

Fortunately that didn't seem to be an issue on Friday.

An adorable Palauan woman sat across from me and asked me twenty of the most intimate and uncomfortable questions I have ever heard in my life.

And I also had to suppress the urge to answer each question with things like, "How dare you!?" and "Buy a guy a drink first!"

There was a problem while she asked these questions because she whispered and mumbled as she spoke and I was never quite sure what she was asking specifically. I kept hearing words like, "sex" and "STD" and "hieroglyphics" so I just kept saying emphatically, "absolutely NOT. NEVER IN MY LIFE!"

Eli: No, I don't have it. I thought you asked if it bothered me if I got it from you guys.

Eli: Ok, but everyone [looking around at the whole room] just so we're clear, I absolutely don't want to get hepatitis today, ok?

She told me they were done with the questions and I was like, "Ok, but just in the interest of full disclosure, a rat name Leotrix has been living in my house for a couple of weeks so who KNOWS what I might have picked up recently."

At this point they pricked my finger to check my "blood count" (whatever that is!) and the woman whispered, "if your blood count is high enough, that means you can save a life today."

And the way she worded it and the way her voice sounded made me want this to work out more than I had ever wanted anything else in my entire life!

Guys! WHAT IF I COULDN'T SAVE A LIFE?! WHAT WOULD HAPPEN TO THAT LIFE!?

When I passed the test, she sighed a sigh of relief and said, "oh thank the Lord. You can save a life today."
And I was all like, "I'm saving lives AND becoming a father this summer! Somebody get this guy a medal of honor!"

Then they stuck a tube the size of a telephone pole into my arm and I was all like, "NOT WORTH IT! NEVER MIND! I HAVE CHLAMYDIA!"

But before I knew it, all of my blood had been drained from my body. I lay on the bed, wiped out from the traumatic procedure, and I thought right then, "this must be EXACTLY what it feels like to have a baby." And honestly, it wasn't that bad. I don't know what all the fuss is about.

A minute later a man came over and said, "would you like to know your blood type?" And I was like, "this IS like having a baby, and finding out my blood type is like finding out what sex the baby is! Except there are more than two options!"

And the guy just stared at me and I realized that I only thought all that stuff about this being like having a baby so he wasn't caught up to my thought process yet.

"You are A positive," he continued.

"I'm a match!" I yelled. And everyone in the room laughed. And they laughed like, you don't understand how blood works, kid. But I didn't care. Because I was a match with the pregnant lady, which means I'm TOTALLY going to become a father and the baby will probably be named after me!

Then I stood up and fainted.

A few weeks ago I wrote the longest post of all time about trust. If you don't have time to go back and read it, let me summarize it for you in this haiku: Some people tell lies.It is hard to trust again. 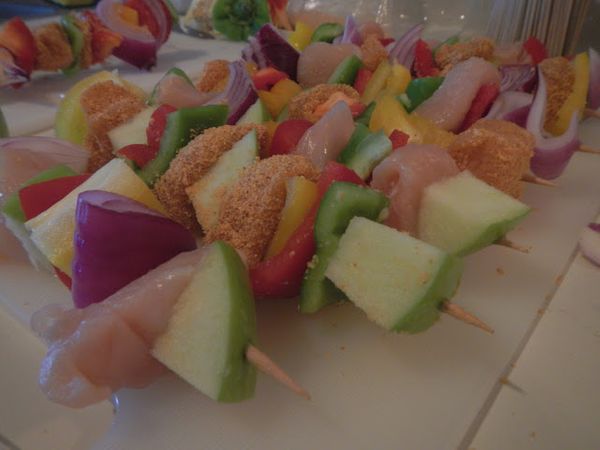 I saw Leotrix last night! I need everyone on high alert! And NO, this is NOT one of those things where I "see" Leotrix everywhere. I saw the real and