This post was written on Friday, in the heat of the moment.

Oh my gosh. You guys. The most embarrassing thing EVER happened to me just now.

I know I've set a pretty high bar for doing something that could be considered the most embarrassing thing that I've ever done in a locker room. See this, for a recent example. But fortunately my prior experiences were in other countries where I didn't ever have to see any of those people again.

None of those experiences were in the gym THAT I CURRENTLY GO TO EVERY SINGLE DAY. The gym that is RIGHT NEXT TO MY HOUSE. The one that ALL OF MY COWORKERS GO TO. The one that EVERY ONE OF MY NEIGHBORS ALSO VISIT.


It's cold here in Salt Lake City. I'm not used to the cold. My skin is drying out. I'm truly dying in this. And I'm doing absolutely everything I can to cope. For example, I have started wearing an excessive amount of layers of clothing.

Today I was wearing a button-up shirt, a tie, a long sleeved shirt, and a slim-fitting hoodie over the top of it all.

I know. That doesn't sound like a classy thing to be wearing to the office. But guys. I just moved here from Palau WHERE I DIDN'T EVEN BUTTON UP MY PANTS AT WORK BECAUSE I WAS TOO FAT AND I ALSO NEVER WORE SHOES. A hoodie and tie is a major improvement.

I wasn't really in the mood to take off one layer at a time as I changed. I was feeling lazy. So I thought that maybe I could undo the top couple of buttons on my button-up shirt, loosen the tie, and just pull everything off at once.

Sounds totally doable, right? Sounds like a quick way to get out of a lot of clothes, right?

WRONG! THIS IS A BAD IDEA!

I got the whole mess over my head, my arms raised straight up in the air and my face covered by shirts that were probably too tight for me, when I realized that I was completely stuck. It was like I had put on a straight jacket over my arms and face. I couldn't get the sleeves over my arms. I couldn't pull it all back down. I couldn't see anything.

And that's when I began to feel claustrophobic and like I couldn't breathe. So I started panicking. Like, really really panicking.

I was breathing heavily and squirming and spinning in circles, bending this way and that way, probably even twerking (whatever THAT is), just trying to get some leverage to get these clothes off of my head. My entire stomach was exposed, my arms were raised straight up like I was going down a hill on a roller coaster, and my whole head was being smothered in layers of fabric.

I could feel the people in the crowded locker room stare at me. And it got completely quiet in there. Everyone stopped their conversations so they could just watch this mess going on in the middle of the room.

I was bumping into lockers. It was like bumper cars. After a moment or two I felt myself run into another person. I apologized and tried to correct.

And that's when I took a step backwards and fell over a bench.

GUYS. I FELL ONTO THE FLOOR. ONTO MY BACK. WHILE THE CLOTHES WERE STILL COVERING MY WHOLE HEAD.

I was laying on my back on the floor. My legs were over the bench. I couldn't see a thing. And to make matters worse, my arms were stuck in the upright position and I couldn't use them to lift myself off of the floor.

I started rocking from side to side to try to get up.

That's when someone took pity on me. I heard a man say in the most sympathetic tone I have ever heard, "can I please help you somehow?"

He pulled me back into a standing position, my arms still sticking straight up and my face still being suffocated by my straight jacket. I emphatically thanked the man through my clothes-muffled voice and explained, "I thought I could get all of these shirts off of me at once but now they're stuck and I can't see anything and I can't seem to pull them back down or up. I know this is really awkward, but could you grab onto the sleeves and pull?"

There was no response. He had left. He had left right after he helped me up. I was standing there with the shirts over my face talking TO MYSELF.

Another man, who had probably heard my monologue, timidly offered, "I can help you, I guess."

I bent down as he pulled and tugged until I was finally freed.

I could tell my face was bright red as I contemplated the horror of what I had just experienced. I thought it may have been better to have never gotten the shirts off, because at least then people wouldn't be able to see my face. I considered, momentarily, pointing at the wall and telling everyone there was a camera over there and they were all just on Candid Camera. But then I realized that I didn't want to be the guy who was strangled by his own clothing, fell over a bench, had to be undressed by a stranger, AND who puts hidden cameras in locker rooms.

I straightened myself up to thank the man who had helped me.

And that's when I almost threw myself through a window.

Standing before me: an attorney with whom I interviewed for a job earlier this year.

Standing all around us, staring: fifteen to twenty people who were memorizing my face. 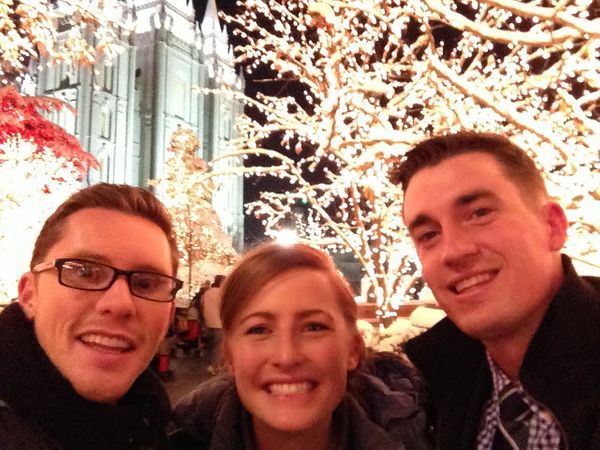 This feels like a fake post. I don't really have a story for you. I'm just going to be blathering for a minute. You should probably go read something else. 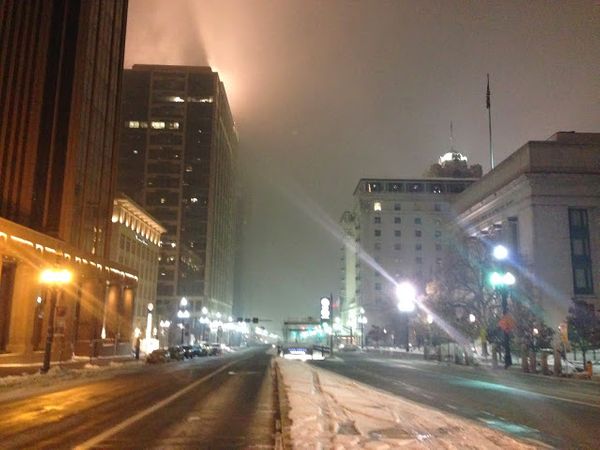 Merry Christmas, all. It's been snowing here. There is great misery in all the land. My best friend Corey is coming into town today for a wedding. I haven't seen